Color Video from the 1939 Army-Navy Game 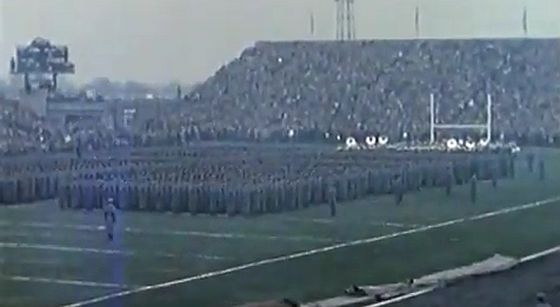 We’re not usually into posting found footage, but we couldn’t resist sharing this video of the 1939 Army-Navy Game. The game, a 10-0 Navy shutout, took place in Philadelphia’s Municipal stadium, as we see in pretty amazing color for the time.

The win propelled Navy to a five game winning streak, a run that was only ended by Army’s three straight national title seasons from 1944-1946.