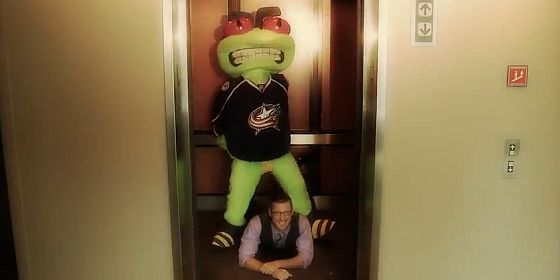 Yesterday we brought you the sad tale of Stanley C. Panther and other unemployed NHL mascots. Happily, it appears that at least one team has found a continuing use for their mascot, as the Columbus Blue Jackets released this video of Stinger and team staffers copying Psy’s “Gangnam Style” video. Hopefully other hockey teams will see the value of their maligned mascots and put them to work. We expect to see an Iceburgh cover of Taylor Swift’s “We Are Never Ever Getting Back Together” any day now.