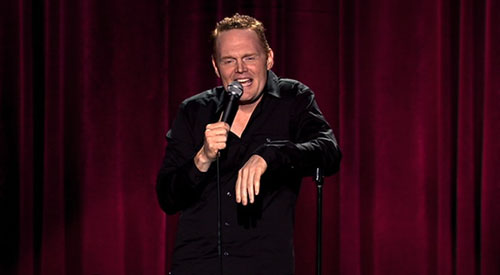 When I read lists touting the ‘Best Stand-Up Comics’, I rarely see Bill Burr’s name included. It could be he hasn’t received enough national exposure or maybe it’s an anti-ginger thing. I dunno, but believe me when I say he’s one funny motherfu*ker. And speaking of mothers, here’s Bill putting the “job” of motherhood in its proper context.

So next time the wifey complains about her long day of child rearing, remind her she could be digging six-foot trenches for twelve straight hours in the blazing hot sun. She’ll keep whining, but at least you’ll feel better.