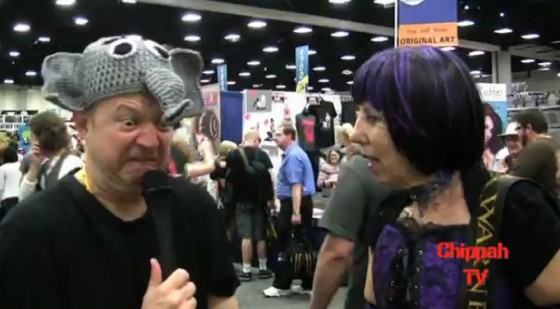 If you don’t listen to The Opie and Anthony Show on a regular basis, you’re probably not familiar with comedian Jim Norton’s character Chip Chipperson. Chip, or Chippah if you will, is a hack comic with a short fuse. Anyway, Norton/Chip took his act on the road to investigate the 2012 San Diego Comic-Con. Stay tuned for terrible jokes, ridiculous observations, awkward moments and the worst hat in the history of headwear.