Media > Television > Coming Soon to Starz: Tits in the Pits

Coming Soon to Starz: Tits in the Pits 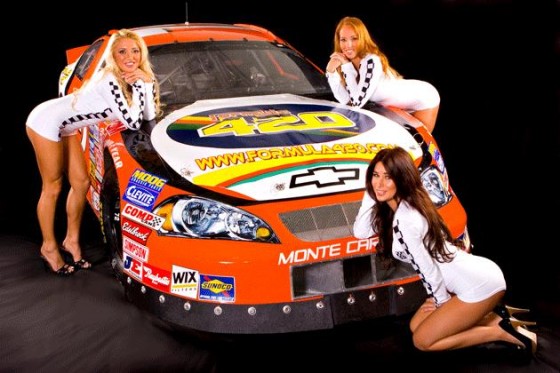 Starz loves themselves some boobies. Their hit Spartacus series and the recently cancelled Camelot featured a bevy of bountiful bosoms in almost every episode. So, it should come as no surprise that the rising paid cable network is eyeing a pilot set in the world of NASCAR called, ahem, Tits in the Pits. I wish I could make this stuff up. Enlighten us about the plot, oh mighty Vulture:

The one-hour original drama set in the present day follows the jilted wife of a legendary driver who seeks revenge by courting sponsors from Madison Avenue and building her own NASCAR team from scratch.

Sounds like the flick Heart Like a Wheel, only with a better title. A MUCH better title. Sadly, the name of the show is “tentative.” In other words, I doubt the finished product will be called Tits in the Pits. I can hear the outrage among women’s groups building as I type.

Methinks the NASCAR corporate sponsors writing all those ginormous checks would take umbrage at such a misogynistic (albeit awesome) moniker. Racin’ is still a good ol’ boy network, but even rednecks prefer to avoid litigation if at all possible.