Humor > Videos > Competitive Belly Flopping is as Awesome as it Sounds

Competitive Belly Flopping is as Awesome as it Sounds 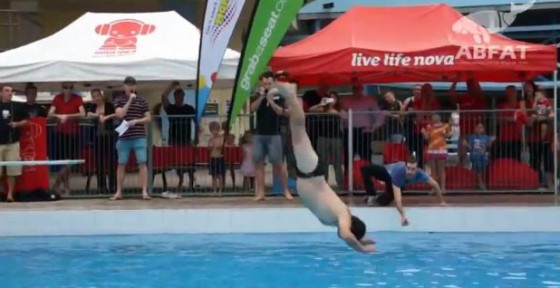 When flabby gents from Australia and New Zealand engage in competitive belly flopping there’s no telling what might happen. But you can expect water to be displaced, torsos to be reddened and “athletes” named Bronson Steele (not making that up) wowing the crowd with daring displays of acrobatic gut-busting.

I haven’t seen diving like that since Thornton Melon executed the legendary “Triple Lindy” at Grand Lakes University.