So as I am sure you have seen someplace else by now, the site Serious Lunch noticed something interesting about the backdrop that is used behind Conan O’brien’s monologue. We didn’t bother posting the images here originally, and instead just included it in our daily link post, since everyone else seemed to be posting it. Here they are for the record though : 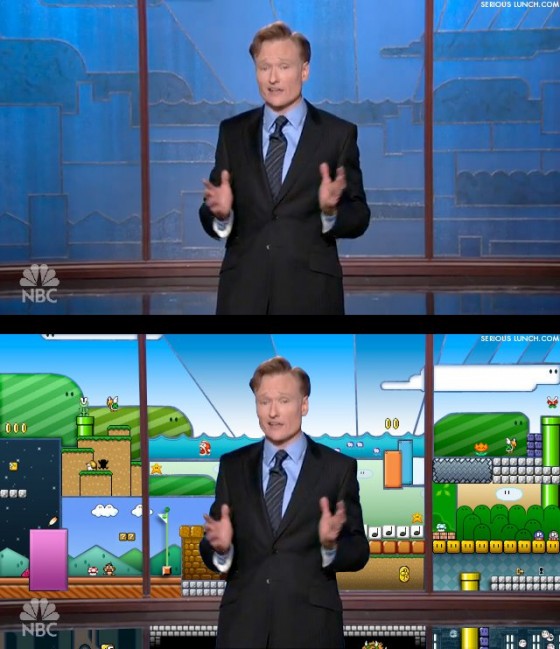 So on Conan’s show last night, he addressed the story, which made for a hilarious bit of television:

UPDATE : Well, it was damned funny, but the asshats at NBC decided to exercise their copyright and have YouTube take down the clip. Here is their stinking Hulu version: