Last week we brought you a gallery of Sexy Hockey Illustrations which included this illustration from Rob Ullman: 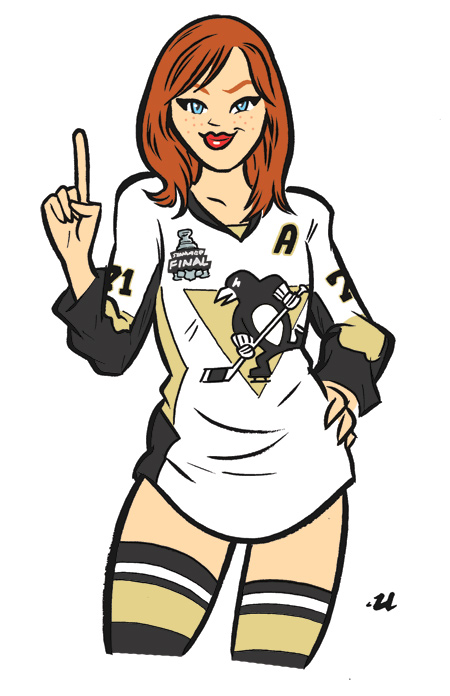 After going seven games with the Red Wings, the Penguins emerged beaten and bloodied, but were able to take home the cup. Here is Rob’s illustration from before game 7:

and here is his celebration illustration: 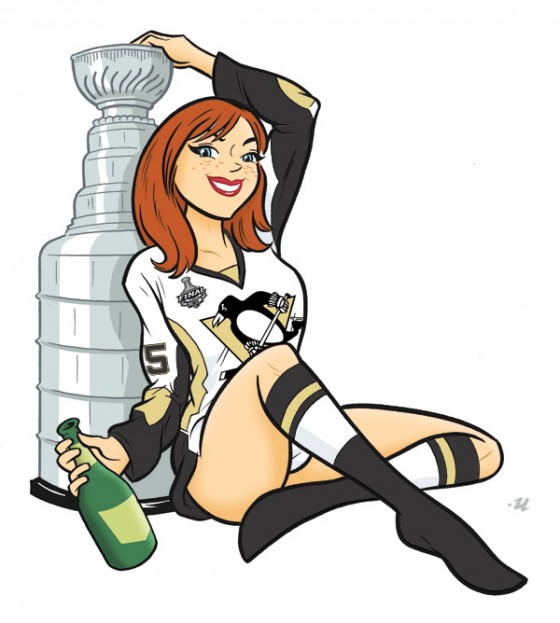 So, congratulations to the Pittsburgh Penguins for the Stanley Cup victory, but next time I would suggest that Sidney and the boys shake some hands:

I wasn’t there, but it seems to me that the fans begin booing when Nick Lidstrom and the Wings are left waiting, and finally just decide to skate off the ice. The handshake at the end of a series is one of the uniquely special moments in the Stanley Cup Playoffs, and I agree with the Red Wings here. Sidney Crosby and many other Penguins (who were also slow to get in line) disrespected their opponents and the game.