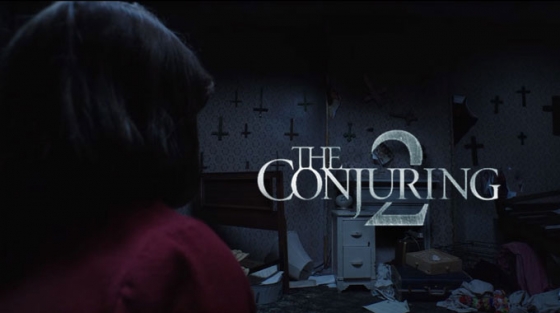 I went in alone to this sequel, The Conjuring 2, I’d heard so much about because no one else in my family quite has the intestinal fortitude enough to handle scary movies. That was fine, I like seeing films like this on my own because there are far fewer distractions when a frightened spouse isn’t actively attempting to bury herself, cowering into my armpit. I enjoyed sitting alone, right in the middle of the theater, directly in the sweet-spot of the freaky soundtrack (more on that later) and the incessant screaming and yelling (more on that later, too) because I like my horror right in my damn face. And I was not disappointed. 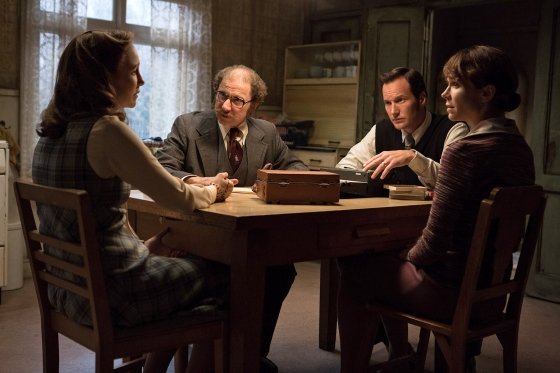 Whether or not you believe in the actual case files of the Warrens doesn’t matter, you just need to go into this with a sense that you want to be entertained and yes, even thoroughly frightened. Well, okay, maybe not ‘thoroughly’, considering it takes an awful lot to scare me, basically because I have become desensitized to this kind of stuff. That being said, there were some very effective scenes to be sure. Yes, a few were Horror-Standard jump scares, but they definitely did their jobs well enough that one scene in particular caught me off guard. Like really, really off guard… ok, ok, I jumped a little. But that’s because it was incredibly loud. I wasn’t scared, shut up jerks! 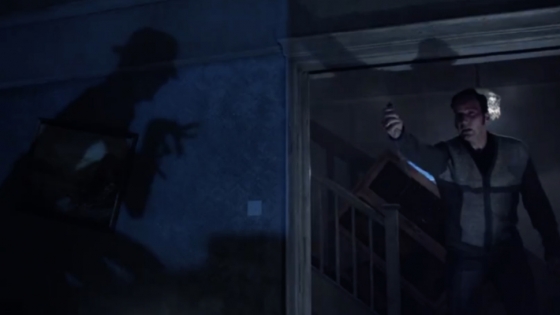 This little tale takes place in 1977, a year following a scene showing the Warrens investigating the Amityville hauntings and maintaining to the public that yes, there was indeed plenty of proof that the house was inhabited by a demonic possession. The movie itself didn’t delve too deeply as director James Wan himself stated that enough has already been said on the matter to make it more than just a vehicle to move the movie on to the crux of the film. And so it went, on to London where the infamous Enfield house becomes the main focus of the Warrens, once again portrayed excellently by Vera Farmiga and Patrick Wilson. Hesitant at first, due largely to Lorraine’s visions of a horrifying demonic nun and her precognitions of Ed’s death, the two eventually do make the trip to London after hearing that one of the Hodgson daughters has become the target of which ever entity has taken up residence in their home. SPOILER: It’s a demon, acting as an old man, which transforms into myriad creepy things to scare everyone. 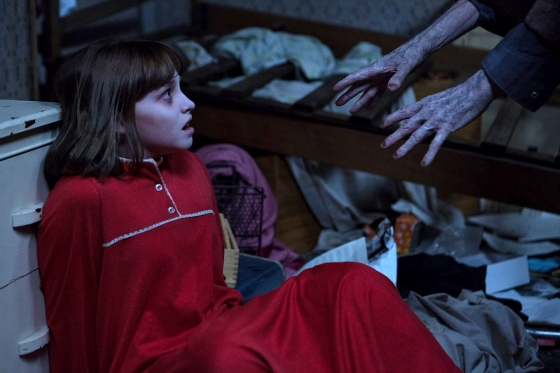 The Warrens arrive and scope out the joint, swinging with the possessed daughter and singing Elvis songs on Christmas, both of which happen and I have to admit, Patrick Wilson can seriously carry a tune. At first, they are unsure as to who is telling the truth and just exactly what is going on since Lorraine can’t ‘feel’ any spiritual presence like she typically can when dealing with these kinds of things. The daughter is obviously going through something, and recordings made by Simon McBurney as investigator Maurice Grosse prove that she is, at the very least, an accomplished actress doing a bang-up job of impersonating a really creepy, gruff, and angry old man. The Warrens are relatively sure that the family isn’t trying to pull a fast one, but they need unmitigated proof to send to the church to get the place cleansed. Enter Franka Potente as Anita Gregory, a sceptic who does all she can to call bullshit on the whole deal thereby putting the ix nay on any chance of the Warrens being able to do anything. She is kind of a bitch. 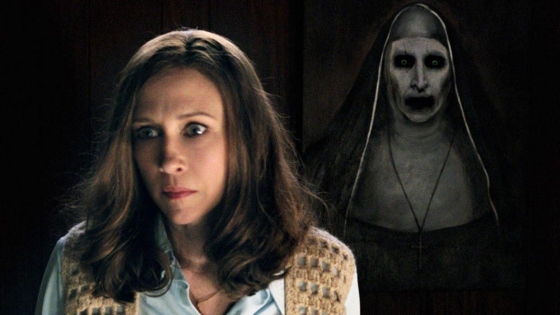 Soon it all comes to an unsatisfying head and we’re made to think that the Warrens are heading home, unable to solidly prove that the Enfield house is haunted. Oh, but no sir! Ed makes an astounding discovery that might just kick that pesky demon’s ass right back to the depths of Hell! It seems that the little bastard is just using the spirit of the old man to get to the little girl! No way! The Warrens rush back to the house, throttle copious amounts of evil and put right what once was wrong. I am, however, not gonna tell you how. Because that would be mean and wrong and you really should see this movie if for no other reason than the little bits of hidden stuff that makes appearances later in the movie and, of course, the Crooked Man visage that the demon uses as a fright device. Creepy as HELL.

So there ya have it, kids! A really well-made horror flick for once in a LONG time and a movie you can watch again just to find out if you missed anything. Back at the opening paragraph, I mentioned the soundtrack. It is scary as crap. It’s very reminiscent of The Exorcist. As for the other mention of the yelling and screaming? Yeah, that was the couple a few rows over from me who were obviously unaccustomed to horror movies, because they did nothing but hollar the entire time. Oh, and stick around for the credits where you can hear the actual recordings made by the Warrens. The old man’s voice is simply terrifying. I wholeheartedly give it 4 demons out of 5.