“The Conjuring” Delivers the Scares 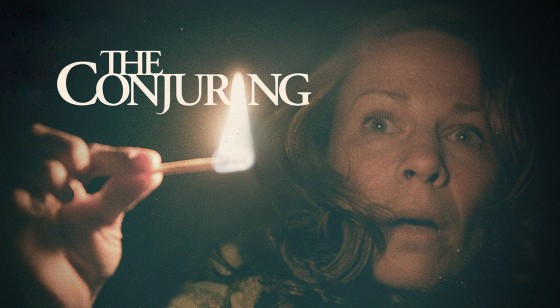 If you know me at all, you know I am completely jaded when it comes to being scared by horror movies. I have seen so many that it takes a film so graphically and horrifically frightening to even strike a nerve with me. Which doesn’t change my love for them, it just works like a scab that’s built up over time. That being said, I watched The Conjuring recently and I have to say, all things considered (including a plot hole or two) it was, kinda, sorta scary. I really liked it; loved the ‘true events’ aspect of it, and really dug the acting and heart-felt performances. Did it stick with me? Not really… and I guess that speaks to the problem. I give it a solid 7 of 10 on a scare factor for normal people. Good flick. But let’s do a better job at reviewing than that, shall we? 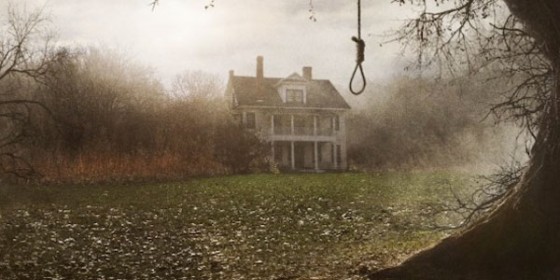 In an attempt to avoid as many spoilers as I can, I’ll adhere to what we already know from both the trailers and the simple fact that the cases explored by paranormal investigators Ed (Patrick Wilson) and Lorraine (Vera Farmiga) Warren can be looked up on-line and checked out for yourselves. This particular outing is solidly (well okay, relatively solidly) based on true events that took place in 1971 in Harrisville, Rhone Island in an old farmhouse. See, right off the bat, whether or not this movie has even an inkling of truth, the movie has already trod into very familiar territory with both an old house and a spooky haunting. Sadly, it plays against it in a larger than intended way. You see, once so many movies over the years have used the ‘Old Farmhouse Formula’ to build up mood and atmosphere, a little of the fright factor as been leaked from the balloon, so to speak. Oh well, such is the genre. 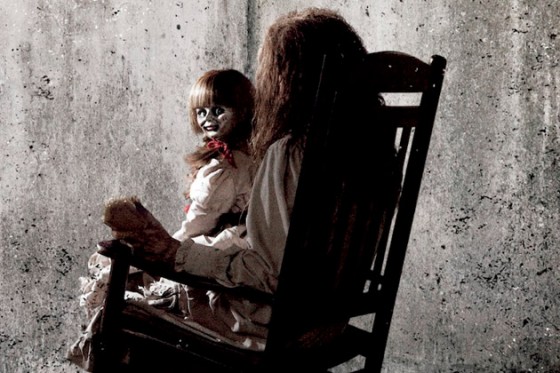 The Perron family -including Lily Taylor as Carolyn and Ron Livingston as Roger and their five daughters- moves into the farmhouse after having bought it at auction from the bank. Now it becomes evident pretty quickly that they have never been there previously and know nothing about it, which more or less explains the scene where Roger discovers a boarded-up basement that looks literally like another family-sized room, including access to the boiler. You’d thing that would be something someone would have told him so no one would freeze to death. But I guess not. Anyway, as you can imagine, this cellar plays a major role in the rest of the film. Ya know, as spooky cellars are wont to do. Meanwhile, however, one of the little girls has discovered a music box down in some tree roots near the pond on the property. Interesting… 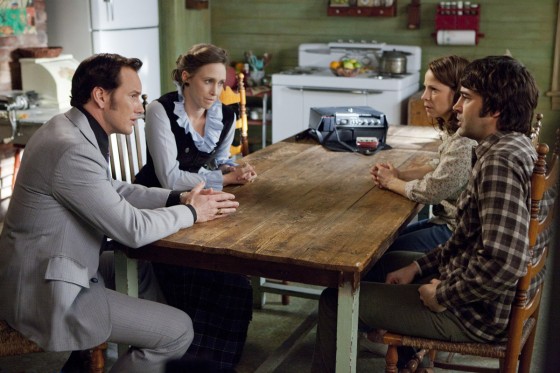 So what about the Warrens? Well, the first few minutes establish their rolls solidly as they conclude an investigation that focuses on a possessed doll that is terrorizing some frightened women. They cleanse the property and remove the doll from the home eventually putting her behind locked glass in a case in Ed’s own Cabinet of Curiosities that features items from every case he and his wife have worked on. So here we’re immediately led to believe a few things: 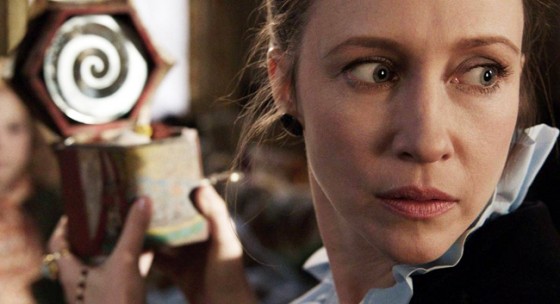 After several nights at the Perron home with escalating troubles including bodily bruising, night-time incidents, and physical activity, Carolyn enlists the aid of the Warrens who, conveniently, happen to be in her town at a lecture. From the moment they arrive they are convinced that some evil stuff is going down. Especially Lorraine, who herself has a bit of a sixth-sense about such things and can feel many of the events that occurred over history that led up to this particular house being a conduit for demonic possession. This is where things get messy. Think witchcraft, ritual killings and suicides, and just a slew of horrific events. And now they’ve literally gotten their claws in the Perron family. 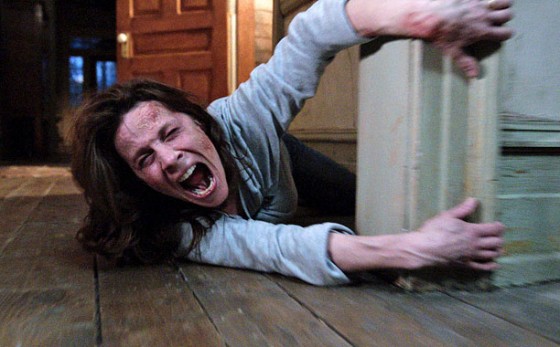 Though the effects are quite minimal (and any appearance of blood or gore almost nonexistent), the atmosphere is heavy with impending dread and can be felt almost from go. The acting is never forced, and there are few scenes over all that derail the narrative. Sure, some of it -despite the fact that we know this is based on actual happenings- has a truly fictional quality, but not enough to punch too many huge holes in the story, and that’s an amazing feat over all. It’s a great horror movie that will, definitely, scare a good many people… and already has. As I said, a solid 7 out of 10. I really did enjoy it. If you like your ghost/evil possession stories chock-full of Exorcist-like flavor with a solid dash of what was good from Amityville, then you’re gonna love this.