WWW > Could Conor McGregor Switch to the WWE?

Could Conor McGregor Switch to the WWE? 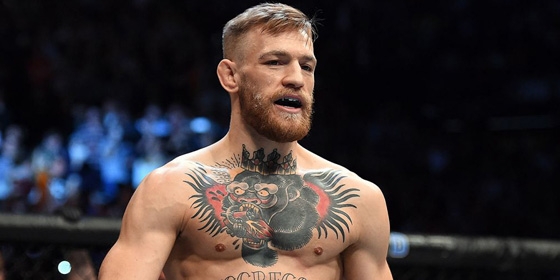 Conor McGregor faces the fight of his career when he squares off in his rematch against Nate Diaz at UFC 202 at the T-Mobile Arena in Las Vegas on the 20th of August. The Irishman suffered the third defeat of his MMA career at the hands of the 31-year-old in their bout in March. As a result, McGregor will be determined for retribution against the American, although some suggest that a second defeat on the spin in the UFC could spell an end to his time in the sport.

The 28-year-old has been linked with a switch to the WWE to join the number of athletes who have crossed between the two genres, and the opportunity to increase his popularity in the States could appeal to the Irishman, while also lengthening his career. Despite his defeat to Diaz earlier this year, McGregor was still backed for 17/20 on July 19 to triumph over the American and earn his 20th – and potentially final – MMA victory. 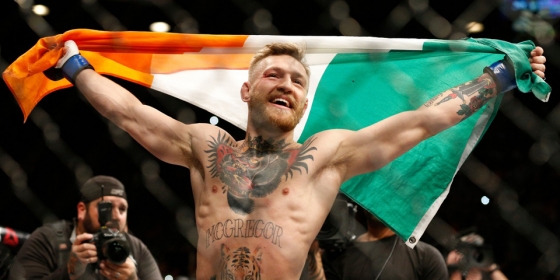 McGregor has enjoyed a dramatic rise in the world of MMA since his career began in cage fighting in Dublin in 2008. His electric performances in the cages in Ireland drew the attention of UFC president Dana White, who offered him a contract in February 2013.

The Irishman made a statement in his first bout, knocking out Marcus Brimage in 67 seconds with a series of punches to announce his arrival on the big stage, while his opening fight in the States saw him defeat Max Holloway on a unanimous points decision. He then reeled off comfortable wins over Diego Brandão, Dustin Poirier and Denis Siver before his crunch clash against Chad Mendes for the UFC Featherweight title. The battle lasted till the end of the second round before the Irishman overwhelmed his opponent to clinch the win.

McGregor was truly the dominant force in the lightweight division and proved his outstanding ability once again by destroying José Aldo in 13 seconds with a single punch, sending the Brazilian tumbling to the deck to unify the championship. The 28-year-old was then due to meet Rafael dos Anjos, but his opponent withdrew due to a broken foot, allowing Diaz a chance to face off the Irishman. The American produced the performance of his career to inflict McGregor’s first defeat since signing with the UFC by submission.

The duo was bound for a rematch at UFC 200, but McGregor claimed that he had retired from the sport. After Diaz refused to fight unless it was against the Irishman, negotiations with the UFC led to the resolving of differences for the bout to occur at UFC 202, although McGregor’s future remains far from certain.

Could McGregor Move to the WWE? 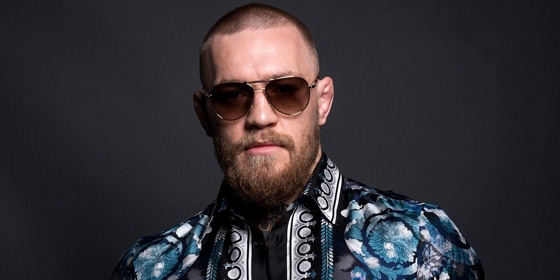 Rumors on a possible switch of McGregor to the WWE abound. The Irishman would not be the first UFC fighter to make the switch, although few notable names have become an integral part of the WWE.

Brock Lesnar has moved between the two organizations, carving out success in both formats following his victory over Mark Hunt at UFC 200. He had the personality and ability to thrive in the WWE, displaying athleticism and character on the mic in his duels with Kurt Angle, Triple H and The Rock. Ronda Rousey has also used her success in the UFC to make fleeting appearances at Wrestlemania, where she teamed up briefly with The Rock, although she has opted not to appear in the format on a full-time basis.

At the age of 28, McGregor could have a lengthy career left in MMA due to his physical skills in the ring, although action in the WWE would lessen the demands on his body and allow him to extend his career even further. McGregor’s behavior on social media following his outburst against the UFC would seem to suggest that he would have no problem handling the dramatic side of working for McMahon’s company, while his performances at press conferences have also been quite entertaining.

His back-and-forth with Diaz ahead of their first match was must-watch television, as you can see below, and the press conference became the most viewed item on the UFC’s official YouTube page. However, it remains to be seen whether he would relish the opportunity to act out on the big stage every week, while also curving back his language in front of a family audience.

McGregor would also have to climb the ladder in the WWE, whereas now he is the first name on the program in the UFC. Whether he would be willing to work his way through the ranks when he is used to top rankings may prevent him from making the move. 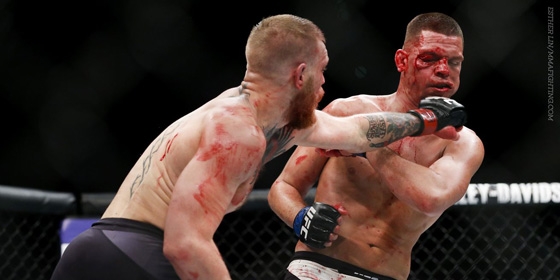 After his first defeat to Diaz, McGregor has been hard at work in preparation for the rematch, even going through military-style work to reach his peak condition for the clash in Las Vegas. A victory would give him redemption after suffering the only defeat of his UFC career to the American, although there could still be challenges ahead should he choose to remain in the UFC.

Eddie Alvarez could be an option for a future fight following his win over Anjos in July to clinch the UFC Lightweight title. Frankie Edgar has also expressed his desire to pit his wits against the Irishman, although at UFC 200 he was beaten by Aldo, who could also be interested in a rematch.

Losing once again to Diaz would put McGregor in limbo, as he may seek the opportunity to take time away from the sport to make his name in the WWE and return as Lesnar did. However, there is no guarantee that a career in the WWE would be a success, with no stars from the UFC going on to make a huge impact in Vince McMahon’s organization other than cameo roles.

McGregor may be the man who will be determined to break the trend, but considering his dominance in the MMA arena, he may have to think long and hard over his future. The Irishman faces a make-or-break decision, although victory at UFC 202 would answer a lot of those questions.