Cool King of the Dead Stuff 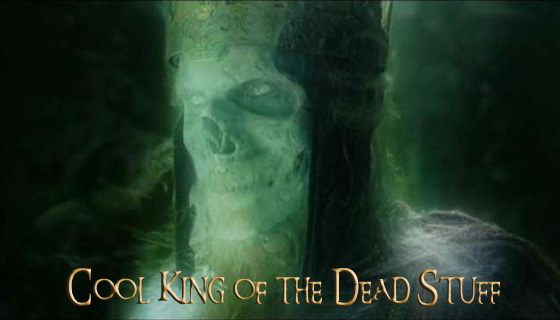 The King of the Dead is the leader of the Dead Men of Dunharrow in J. R. R. Tolkien’s The Lord of the Rings. The group was cursed to remain in Middle-earth by Isildur after they abandoned their oath to aid him in the War of the Last Alliance.

This ancient, cursed ghost who lives in the mountains is one of the coolest figures in Return of the King, and there are several very nice items available that do it justice.

First, let’s check him out… in the game.

That was totally wicked. Now, onto the statues.

King of the Dead Statue by Sideshow Collectibles 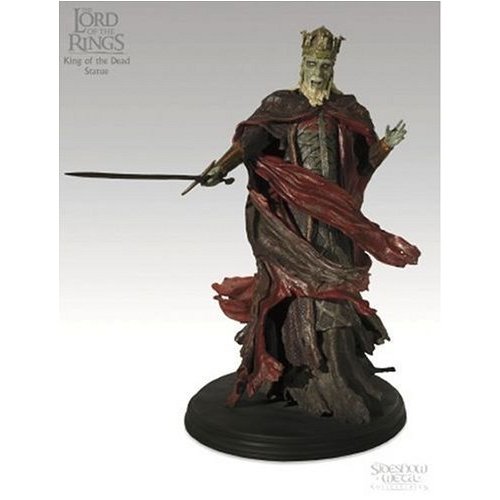 There he stands, with his robes blowing, his sword thrust and a killer look in his eye. He’s attached to the base of the statue, and only the sword is removable. The one thing to be concerned about it that certain parts may break off easily if not handled with extreme care. Those robes especially. This is a relatively affordable statue compared to others, and it’s well worth it. 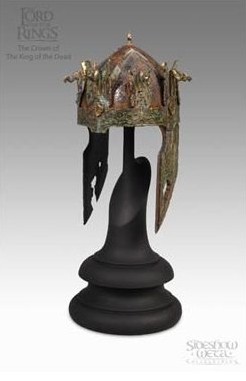 Like the King of the Dead, the crown looks old and used. It sits nicely on a stand. Makes a nice ornament on a desk. 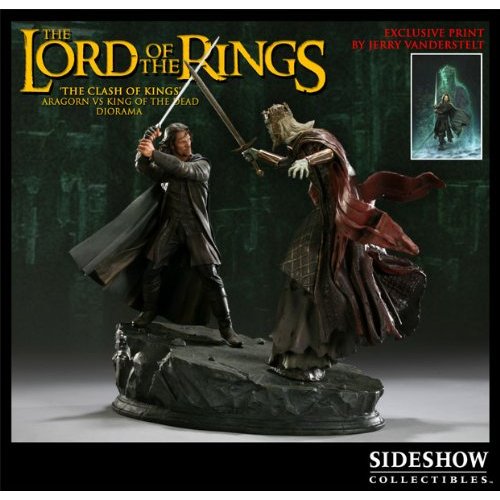 The King of the Dead in action, battling with Aragorn as he realizes he’s the king of Gondor. 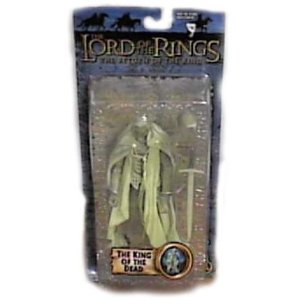 For those of you who can’t afford the statues, here is the cheap, glow-in-the-dark toy.