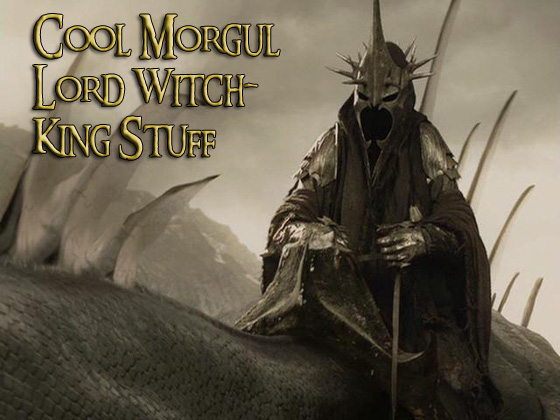 In Lord of the Rings, the Witch-King of Angmar, also known as the Morgul Lord among other names, is the chief of the Nazgûl, aka Ringwraiths. He is the head villain who is pursuing Frodo and the ring for the Dark Lord Sauron. And by golly he’s cool lookin’. For his history, check out the Tolkien Wiki.

First, let’s watch how cool this dude is.

Here is his story, made by someone on Youtube.

The Witch-King even has a game named after him. Check it out:

The Battle for Middle Earth II: Rise of the Witch-King 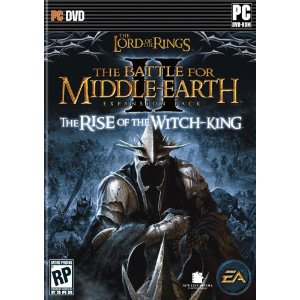 Here’s the trailer of the game: 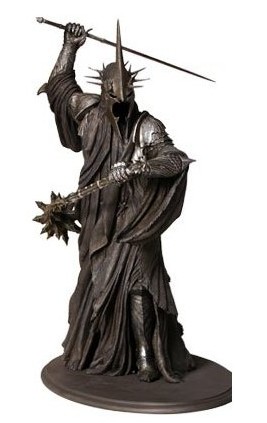 The ultimate full-bodied statue. Originally it was only $200 – relatively cheap compared to others – but the price has shot up despite there being 9500 out there. 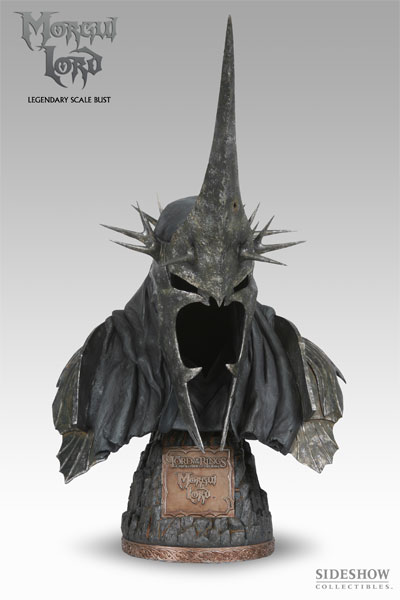 Originally at $260, this too was relatively cheap compared to other busts, but now it’s sold out and hard to find. Your best bet is on eBay, but you’ll be paying $500+ for one of the 800 made.

War Helm of The Witchking 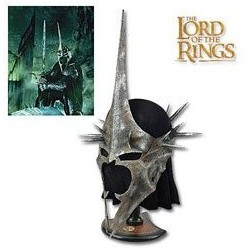 I’ve only seen one review of this mask, made by United Cutlery, and it’s not a good one. But it looks so cool. 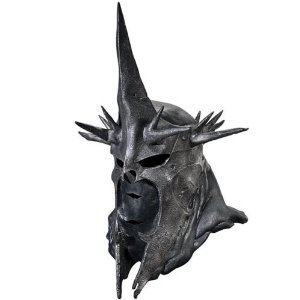 Here’s the mask if you want to dress up as the Witch-King, or for perverse endeavors. This costs from $40-$50. 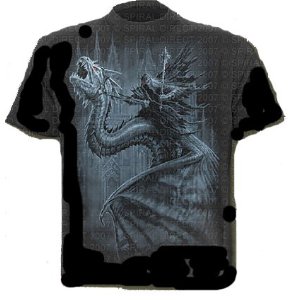 These are all sold out, but they appear on eBay every now and then. 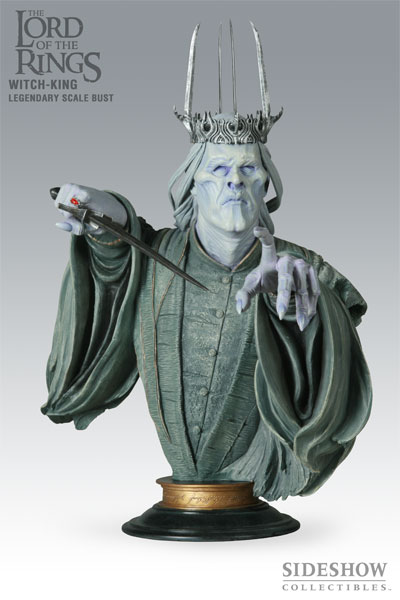 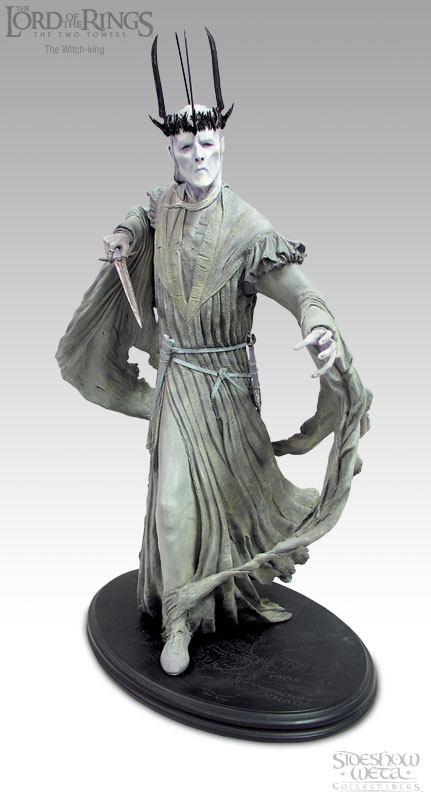 The Witch-king of Angmar Polystone Bust 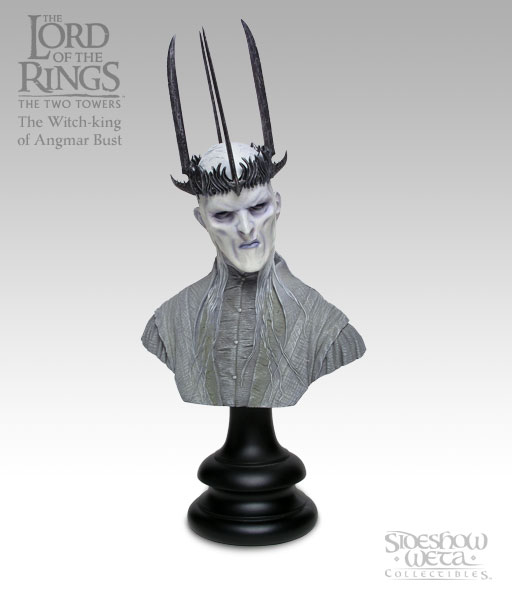 Dagger of the Witch-King 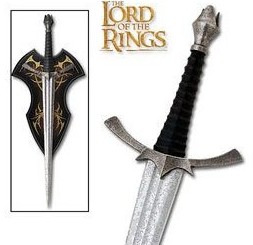 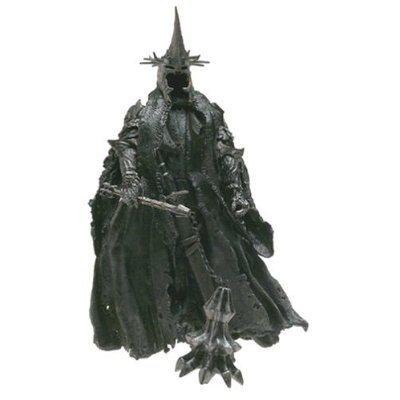 This is the most basic toy from ToyBiz, but frighteningly detailed and well worth getting, even if it’s just for display.