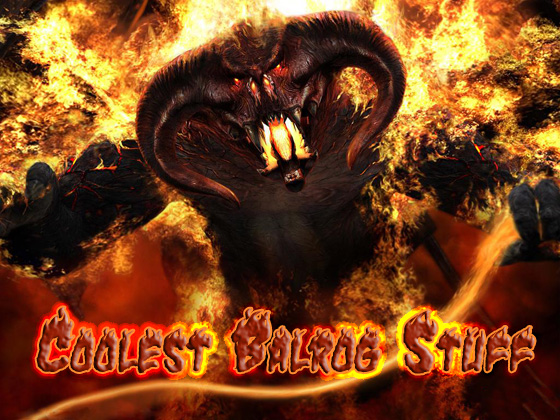 The Balrog is one of the most sought-after figure for any Lord of the Rings collector, as it should be. It’s a huge demon, much more interesting than a Hobbit, Wizard or Orc. The Balrog had limited screen time in the movies, appearing for a few minutes in The Fellowship of the Ring and seen getting beaten to death by Gandalf the Grey, who earned his stripes with the victory and was promoted to Gandalf the White.

From best to worst (leaving out some of the very worst which aren’t even worth mentioning), here are the best Lord of the Rings Balrog collectibles on the market. 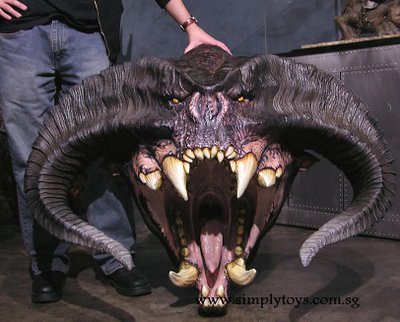 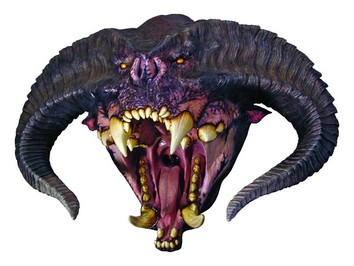 This is indeed the ultimate Balrog collectible, costing a couple thousand dollars and meant to hang on your wall. Very few women would allow this in the house, let alone on the wall, which means it’s likely that only single rich geeks would have this in their home.

It’s only the head, and I believe this is 1:1 scale, so you’ll have to imagine the rest of the body behind it, but there’s no cooler Balrog product than this. 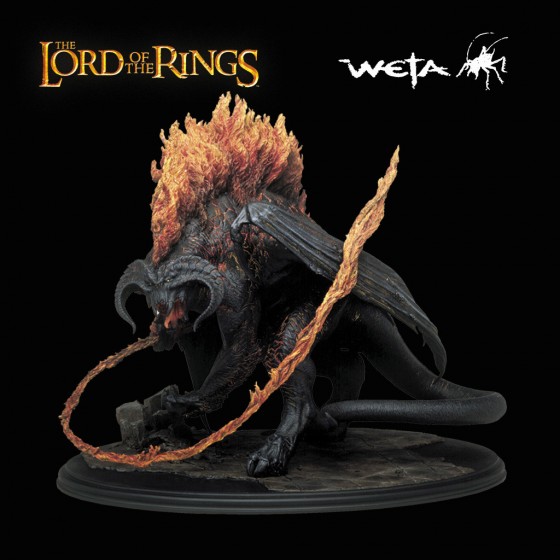 This statue isn’t huge, but it’s the ultimate full-bodied Balrog statue ever made. The original price was $300 and they only made 1,000 of them, but now it can fetch more than a thousand dollars on Ebay. 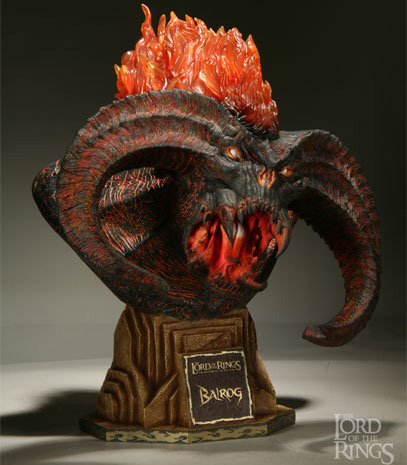 At 22 inches high and limited to 1,000, this was priced higher than the full-bodied Balrog, but it’s only the head. But it’s the ultimate bust, for sure.

‘The Duel of Light and Fire’ – Gandalf vs. Balrog
Sideshow Collectibles 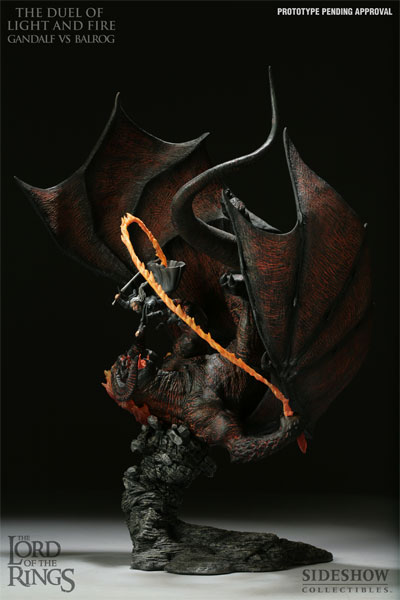 How great is this? An action statue of Gandalf taking it to the Balrog. There’s also one made from faux-bronze. 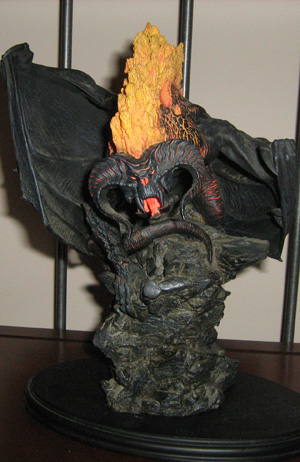 This is also a Sideshow Collectibles full-bodied Balrog, but smaller than the original. It would have been much cooler had the wings expanded. 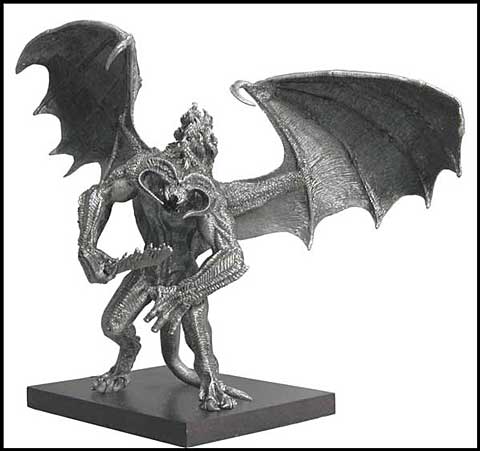 I believe there are a few versions of this, with the price ranging depending on the metal used. I’m not a fan of statues made from solid metals because they lack the color, but some love it and this is the ultimate figure for that.

This is the poor-man’s version of the Balrog Monument, which is No. 1 on this list, but it’s not a bad piece at all, just smaller. Also, you may have an easier time talking your wife into letting you have this in your office. It’s not big but is a bit deeper than it looks and will satisfy your Balrog-on-the-wall needs without disappointment. 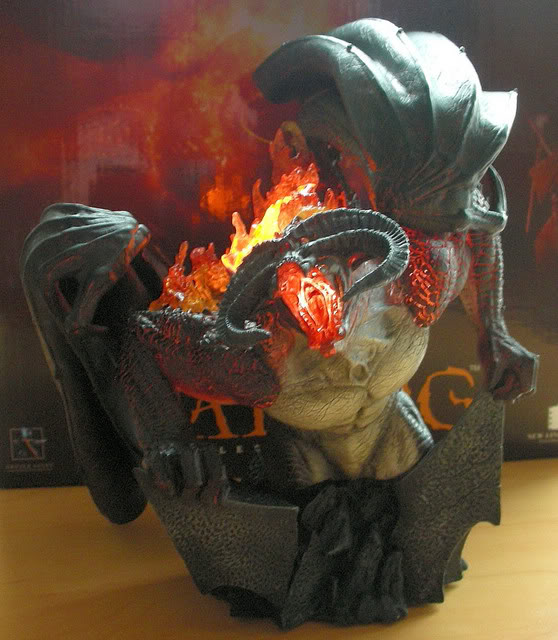 This bust is just bursting with Balrog, ain’t it? 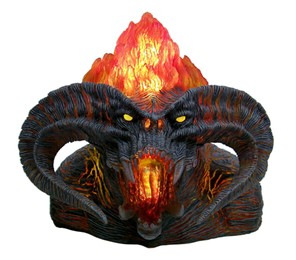 For those of you who want to light a candle and watch your Balrog glow.

You Shall Not Pass Balrog Plaque
Sideshow Collectibles 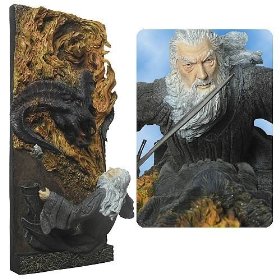 A nice piece for you wall, for sure, but it’s hard to fully admire it without taking it down so you can see the determination in Gandalf’s eyes. 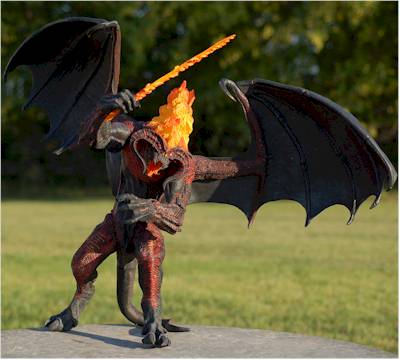 This is a very large item which takes up a lot of room on the shelf, and it’s built like a toy but not meant to be played with. A child would easily break it, and it may even break if it’s not situated properly (the weight must be on the feet, not the tail, which can snap off). Also there is a gap at the base of the wings with the rest of it, and the torso shifts but looks awful, and would’ve been better as one piece. Don’t buy this because of the ‘light and sound’ element to it. It’s cheesy and could only entertain a toddler who likes Balrogs. The only thing going for it is it’s a full-bodied Balrog that can dominate a room if you have it on a very large shelf. It also comes with a whip.

This item is to-scale for the Lord of the Rings ToyBiz items, so get yourself a Gandalf to fight it. Strange how NECA made this but ToyBiz didn’t have a Balrog at all. 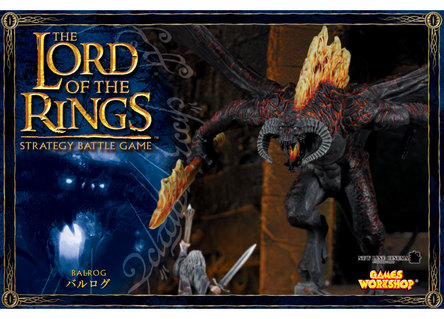 Bridge at Khazad-dum with Balrog Figure
Armies of Middle Earth 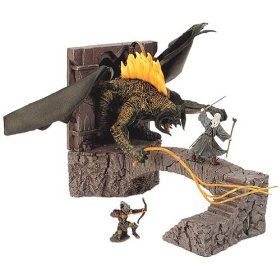 For Armies of Middle Earth fans, this is only half a Balrog and therefore leaves something to be desired.

Shop for more Lord of the Rings items here.