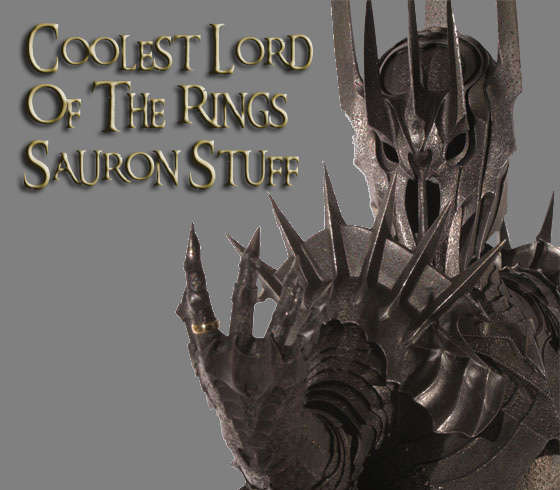 The Dark Lord Sauron is the main villain in J.R.R. Tolkien’s The Lord of the Rings.Which means, like Darth Vader, there are some really cool, expensive items. Unfortunately, these sold out quickly, so the only way to get several of them is to look on eBay and pay a hefty price. 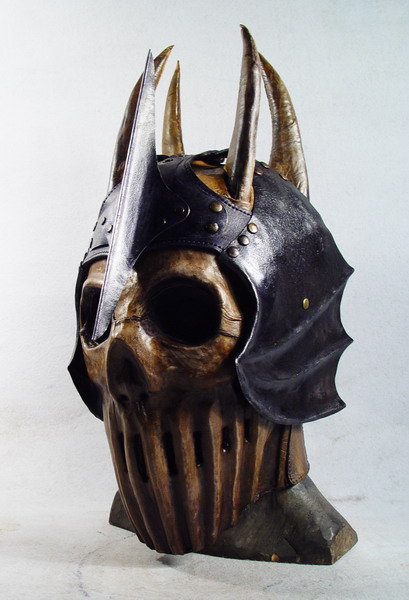 This is fairly new and one of the coolest pieces I’ve seen in a while. It’s made by Bob Basset. 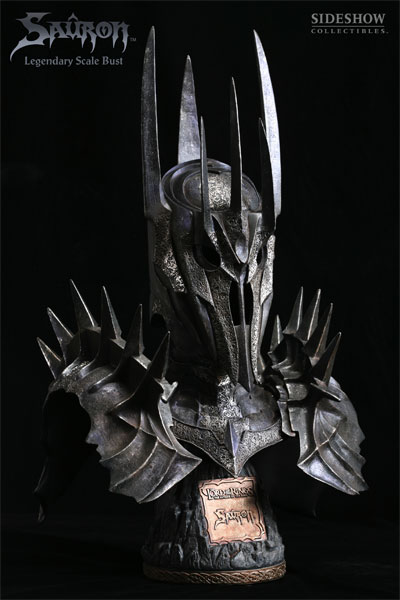 This is the ultimate bust of Sauron, which isn’t even 1:1 scale but still captures his image him well enough to make him dominate any room that he’s in. 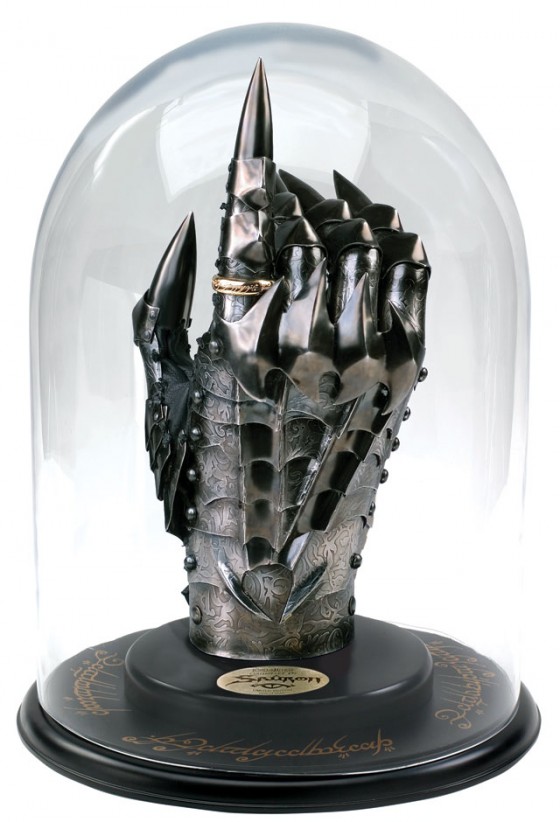 I have seen this for sale in several locations, including eBay, but it routinely goes for hundreds more than it originally cost. It is a high-quality piece and you’ll be tempted to wear it. 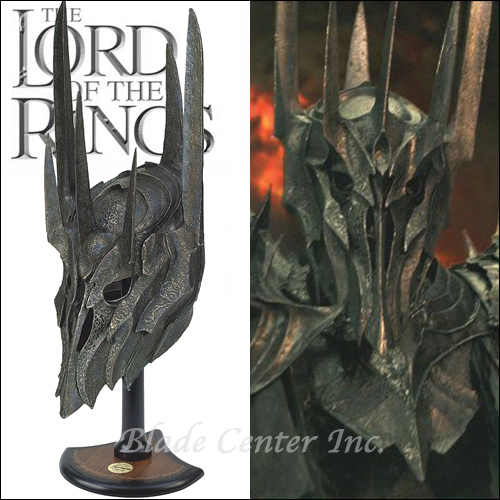 United Cutlery made the best version of this helm, which sells from $500 and upward on eBay. 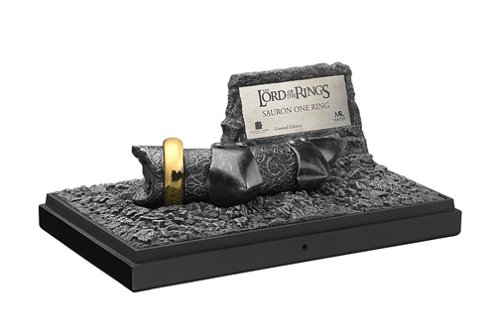 Just want the finger? Might as well pass on the flip-off finger and buy the ring finger. This too, however, it hard to come by, and you’ll spend $$ to add it to your collection. 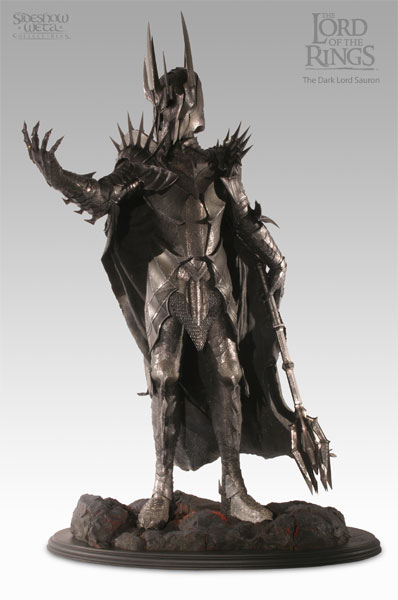 This is the ultimate full-figured statue of Sauron and would’ve been well worth the price had you bought it when it wasn’t sold out. People don’t want to part with this one so once it’s for sale on eBay, you’ll spend quite a bit. I’ve also noticed that this one comes back on the market damaged a lot. 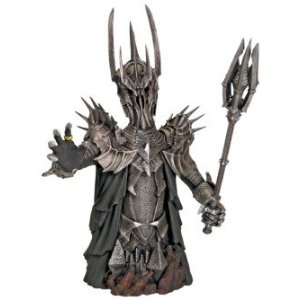 Sauron vs The Numenorean Army 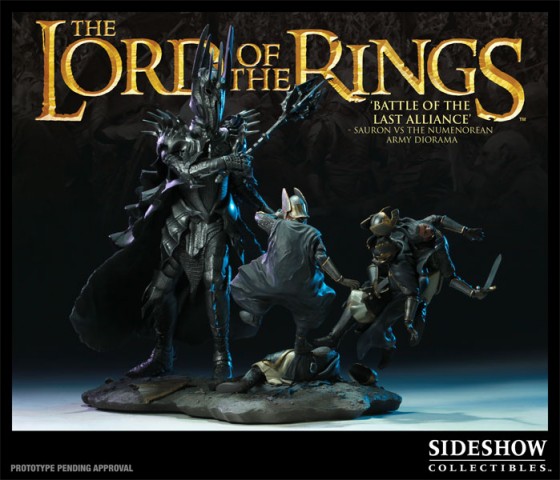 Want Sauron in action? Here he is fighting the Numenorean Army from the beginning of Fellowship of the Ring, right before he gets the ring taken from him. 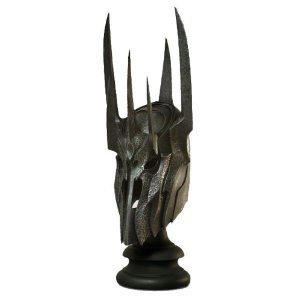 A much smaller and affordable version of the helm is readily available. 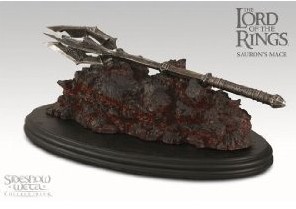 As usual, Sideshow Collectibles put out another amazing piece. This one is cool because the mace is cast in heavy metal and the volcanic rock base glows with light behind it. You can hang it on the wall, as well, but I don’t suggest that. Instead, you should try to position it where light can shine through. 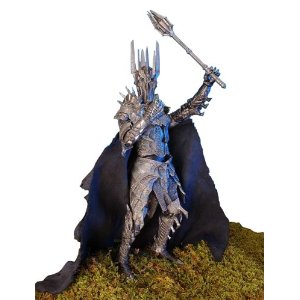 Here he is as a regular toy for kids. Or, depending on the price, you might as well just get the Defeat of Sauron Deluxe Gift Pack.