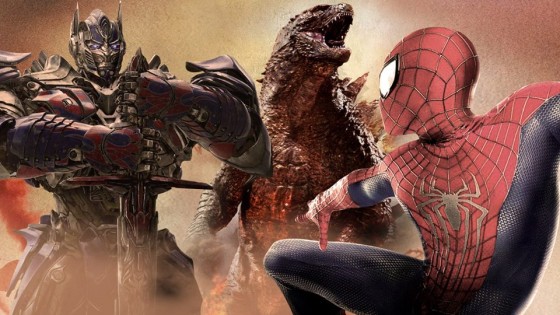 Well, as we all know, the Summer Blockbuster Movie Season is in full swing. In fact, it really began back in April with Captain America: The Winter Soldier and The Amazing Spider-Man 2, both of which opened what is definitely going to be the Summer of Marvel. Think about it, we get five flicks from the comic book gurus this summer alone! Coupled with the two films already mentioned, we also have X-Men: Days of Future Past, Guardians of the Galaxy, and yes, to a more obscure and lesser extent, Godzilla. Why Godzilla? Because Marvel owns the rights to the monster’s comic series, that’s why.

Marvel really knows what it’s doing at this point, but it’s not the only franchise with new material this year, oh hells nah. You see, Michael Bay has decided he’s like a small slice of pie with his two directed properties, Transformers: Age of Extinction and the new (see: abominable) Teenage Mutant Ninja Turtles. And boy howdy can we expect some licensed goodies from all these things. Let’s take a look and ten of the coolest ‘toys’, shall we?

I love me some Mini Mates and I even possess a few of the series (see: Ghostbusters) and they are always really cool and fun to even just look at since as far as you know, I -at nearly 40- no longer play with toys. As far as you know. Anyway, these things are just as awesome as every other set I’ve seen. 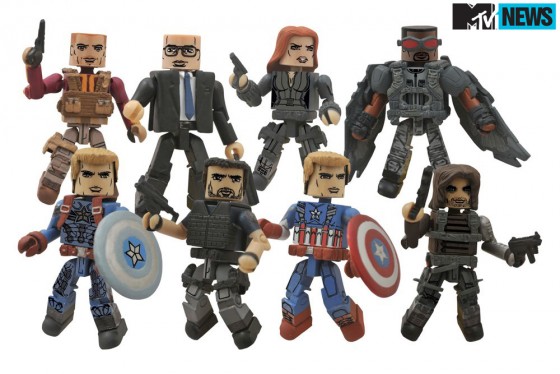 I’m gonna be perfectly honest with you guys here: I didn’t love the Spider-Man sequel. It was demon dull for the first hour or so, and the Electro build-up was a joke. Parts were okay, but I gave it a C- over all. That being said, it’s hard to go wrong with the POP! toys that are (sorry) popping up all over the place lately. These look pretty fun. 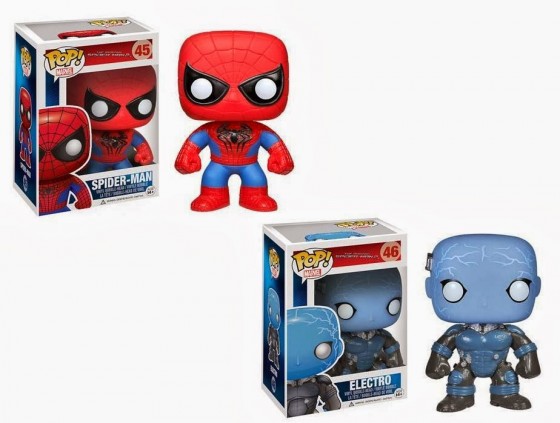 On a more positive note, I absolutely LOVED Godzilla. Yeah, yeah, I’ve heard all the bullshit about how the beginning was labored and plot heavy and why was Godzilla swimming all the time and blah blah blah… well, you naysayers can cram it. Gareth Edwards played it just like Jaws and let the slow burn (no pun intended) do its job perfectly. Besides, how can you not love the big guy barfing flames all down that MOTU’s throat! Epic, son. Epic. Anyway, Chibi has previously put out a set of Godzilla minis and hasn’t missed a beat with this new incarnation. Awesome. 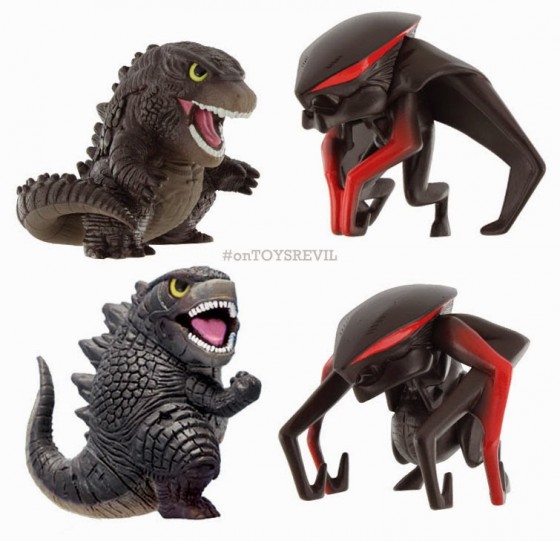 I will be the first to admit that I don’t get what the big deal with Jennifer Lawrence is. I really don’t think she’s all that hot or anything, and frankly no better an actress than any number of others in her range. However- and I hugely digress- she wasn’t only fantastic in X-Men: DOFP, but she was also really, really sexy as Mistique in a far more prominent role. So, it should come as no surprise that this ‘toy’, exclusive to Diamond Select is friggin ridiculous. Toy implies playing… you can see where I’m going here. 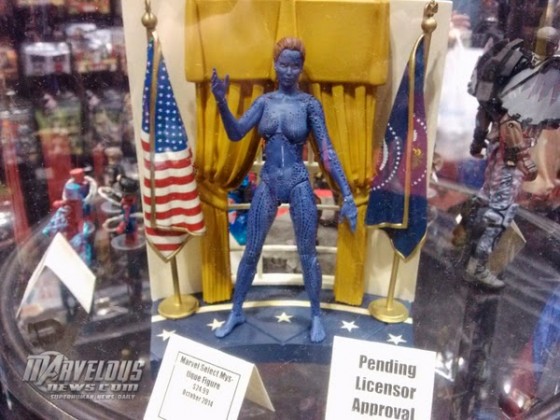 I really have no desire to see the myriad ways in which Michael Bay can screw up the Dinobots. Why? Because when I was a kid, Grimlock and his brethren were my favorites. I had all of them and cherished them until I played them to pieces. The point is, Trans-4-mers holds no significance to me at all. But I am obligated to show toys in this article, and so I shall. This is either Grimlock or something from Dinosaur Train. 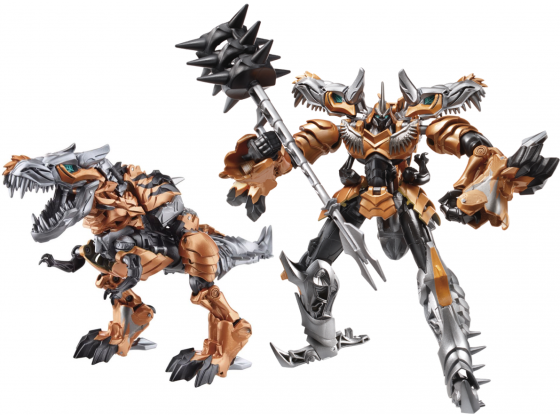 5) LEGO : Guardians of the Galaxy!

LEGO just continues to amaze me. First they drop the incredible fan-voted Ghostbusters set this summer, and now we get word that they’ve built on even more awesome with this Guardians of the Galaxy set. How cool is this? I’m sure there will be more as the release date gets closer, but this is the major image floating around right now. Oh, and of all the movies coming out this year, this is the one I absolutely can’t wait to see. So cool. 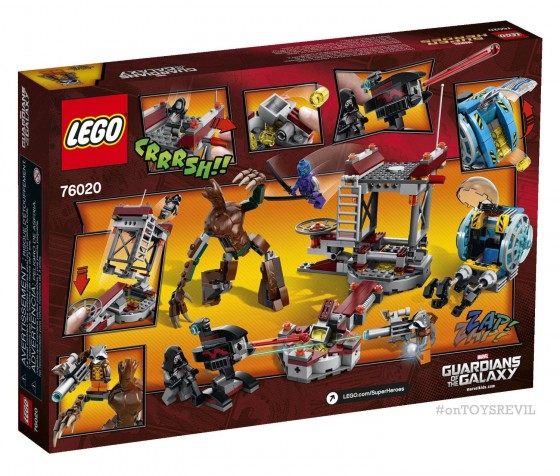 Yeah, that’s right, Guardians again. And another batch of those awesome Mini Mates. This movie just screams toys and has crazy fun written all over it. I might just go out and trap a wild raccoon, teach him to speak, and give him a gun because I want to! I’ll probably get my eyes scratched out, but so worth it. 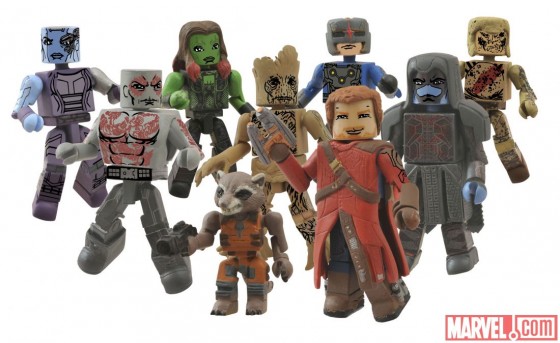 Speaking of movies that are destined to fail miserably and hopefully, if there’s any justice, die quickly and forever be put out of our minds… there’s the ‘new’ and undeniably shitty TMNT. I’m sorry, but from my perspective (a perspective having seen everything from the original Eastman and Laird comics to the Saturday Morning fun fest to Turtles rapping with Vanilla Ice) there is little good that can come from this travesty. But, I suppose if there is any at all, it’ll be in toy form. I guess. 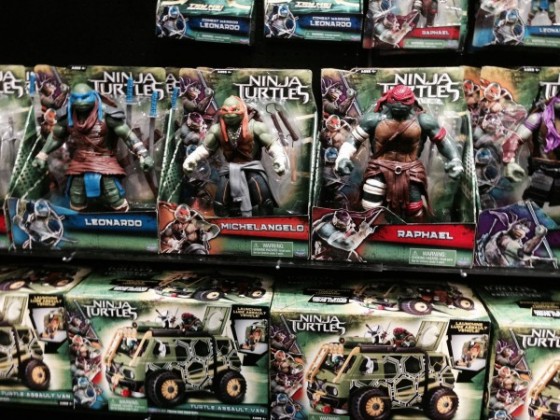 There’s just something so enduring and fun about little tiny heroes roughly the same size as LEGO characters. Not to mention their excellent articulation. And when it comes to collectability… well, ya just can’t go wrong. This set looks stellar and I’m a have me some. 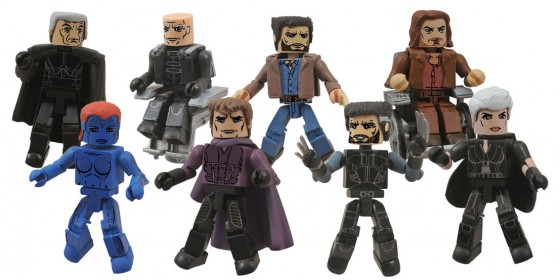 This slot was almost a tie. You see as much as I love Godzilla, and as much as I wanted to put his giant ass in this spot (and by giant ass I mean his huge, 24 inch self), I decided to go the way of Captain America. Godzilla got his own article a few weeks ago, and it was time for the Cap to get his top spot. And so, I chose his shield. My son has one of these and it reminds me of one of those metal disk sleds only with elastic arm straps and of course the star and circles. He loves it and I can tell you first hand, it kinds hurts when it gets thrown at your face. 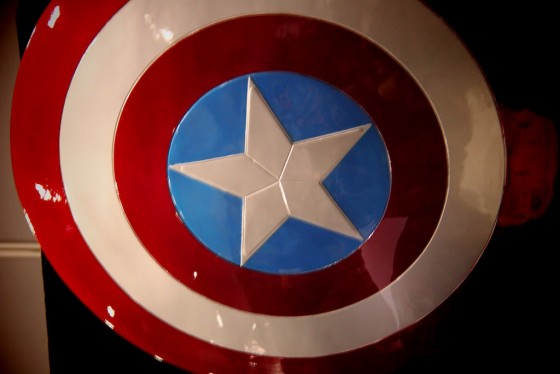