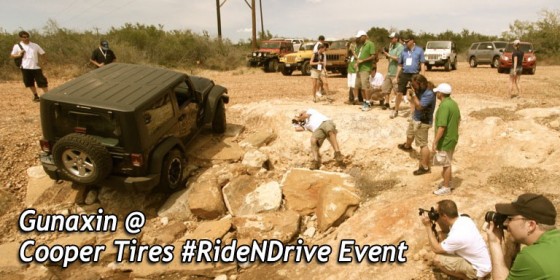 This post brought to you by Cooper Tires. All opinions are 100% mine.

We recently were invited out to San Antonio, Texas by the folks at Cooper Tires for their Ride-n-Drive event. That entails what you might imagine, riding and driving for a particular purpose. In the past we’ve done it to test out vehicles, this time it was to test out tires, specifically Cooper’s new lines of Zeon performance tires and Discoverer SUV tires. The photo above gives you a little idea of what it’s like on such a media event. We take turns driving, while other media either stand around and watch, or take photos and video. It’s way more fun than it probably looks, but also educational. There was even a bit of danger as we were told to look out for rattle snakes. 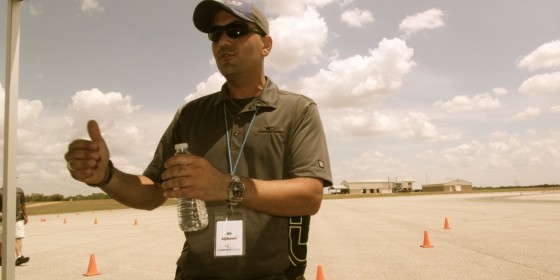 Within minutes of arriving on site, it was obvious that Cooper had great people and a comprehensive test facility. The Cooper Tire & Vehicle Test Center in Pearsall, Texas includes 1000 acres of both on and off-road testing environments. When you see those automotive commercials that state in small print at the bottom, "Professional Driver on a Closed Course", this is what they are referring to. The facility includes four primary test areas; Ride/Traction/Slalom Oval, Dry Handling Course, Wet Vehicle Dynamics Area, and the Off-Road Test Course.

Professional drivers Johnny Unser and Ali Aljibouri were our guides both in and out of the vehicles. They took us on hot-laps to show us what the tires could do when pushed to the limits, but also helped us to understand how the tires were reacting to our own driving. Along with other Cooper Tires personnel, they really gave us an education on not just their product, but the entire tire (ha!) industry and how they are tested. Check out the photos below, mostly taken in their garage where they not only stock competitor tires but also constantly swap and test the latest developments from their own engineers. 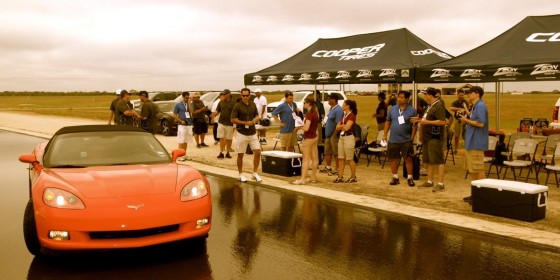 The first test that we performed was on the Wet Track with some beautiful Chevy Corvettes. We were testing the Cooper Zeon RS3-S, their latest ultra high performance summer tire, versus a close competitor's product. We drove the Corvettes back to back for three laps each around a tight wet handling course, to see how each of the tires would handle the challenge. Rear wheel drive sports cars on a wet surface with traction control disabled are certainly challenging to keep within the cones when you really push it. The Cooper Zeons really held onto our lines and kept the car on the road, so much so that we were able to push our speeds even faster around the tight turns. 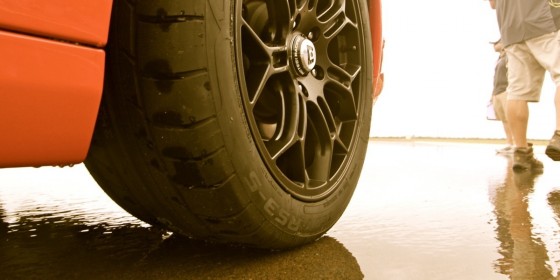 We also had the chance to test out the Cooper Zeon RS3-A (All-Weather) in Ford Mustangs on the Wet Course, but due to some motion sickness from a hot-lap in a Mercedes-AMG, I opted to recover for a spell instead. 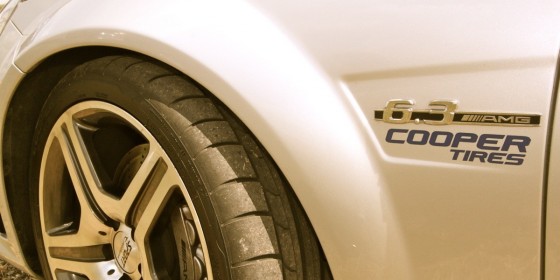 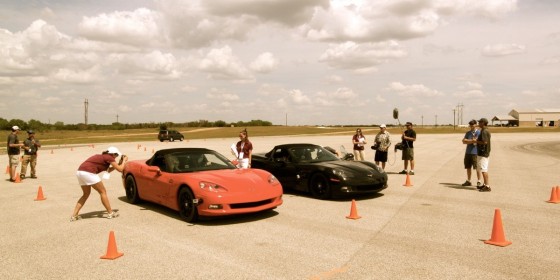 In the afternoon we made our way to the dry track, where we put the same Corvettes and Zeon RS3-S tires to the test at much higher speeds. They had strategically placed the cones on the course to force some good test situations... but honestly we were all just trying to drive the Corvettes as fast as we could around the track. A few drivers found the dirt, but I was able to keep my tires on the pavement throughout all of the test laps. Unfortunately a few cones met their demise at the hands of the black Corvette stocked with competitor tires.

Check out the video below from our event, which shows both the wet and dry testing of the Cooper Zeons: 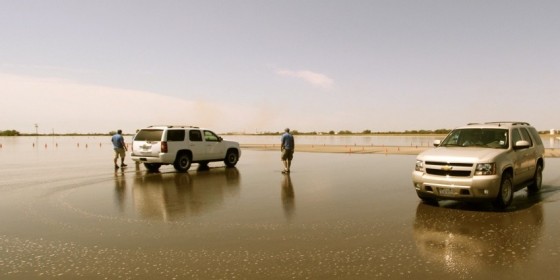 On Day 2 we moved onto testing that was more dear to my heart; All-Terrain Tires. Our first test saw us back at the wet track to test out the Cooper Discoverer A/T3 against the BF Goodrich All-Terrain T/A KO utilizing Chevy Tahoes. I am very familiar with the BFG tires, as I drove them on my Nissan Xterra for about two years. They sell very well, but I have a feeling many people buy them due to their aggressive look, rather than their ability to handle in the rain. The test here was night and day, as the Discoverer A/T3 fought to keep me on the road, even when I pushed the Tahoe faster and faster around the curves. Honestly I was so used to skidding in a big SUV that I was overcompensating when the Discoverers kept their traction. 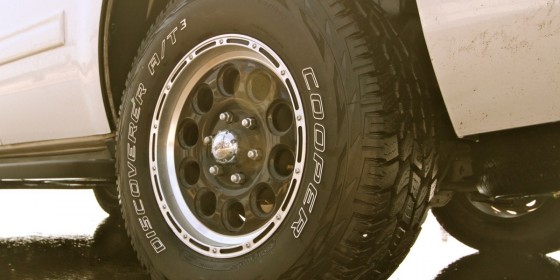 ...but that was just an appetizer for where I was really excited to go next. 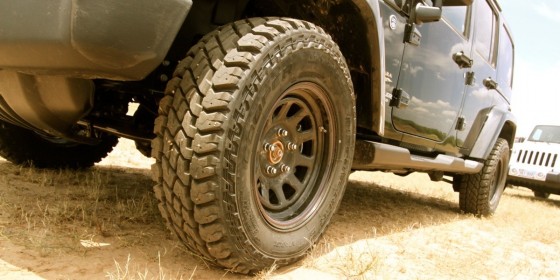 In the afternoon we drove a fleet of Jeeps on an off-road trail ride to test both Cooper Discoverer A/T3 and S/T MAXX tires. I stuck to testing mostly the A/T3 tires, as they are more of a consumer product and probably the more logical choice for most drivers. They led us to a series of off-road test environments, which are highlighted below. 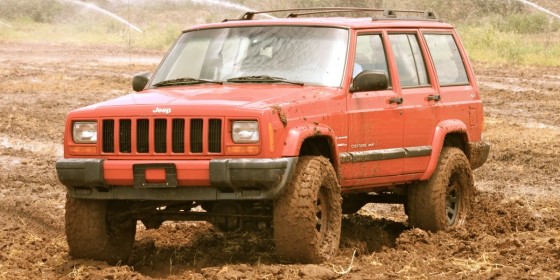 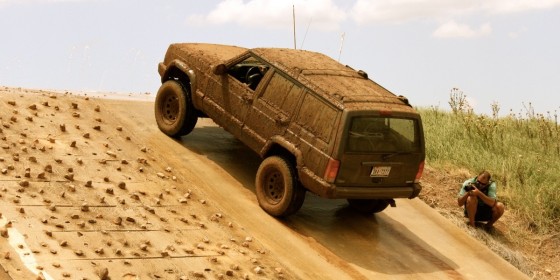 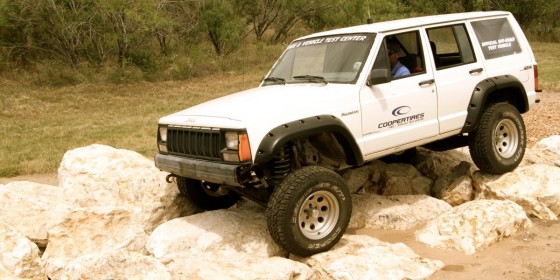 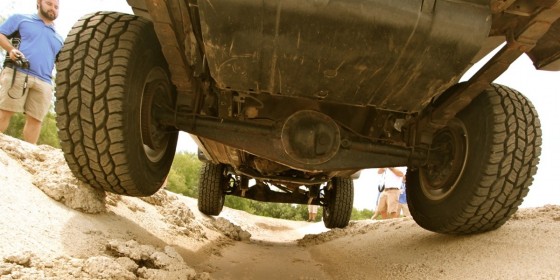 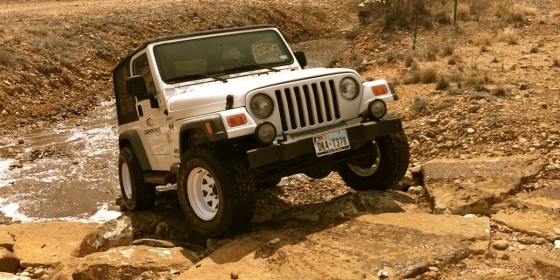 The Cooper Discoverer A/T3s were able to handle every challenge with ease, and I thoroughly enjoyed the chance to get off-road for the first time in a few years. Each section above was designed to test different aspects of the tire, from tread compound and pattern, to sidewall resiliency. I was thoroughly impressed with how these All-Terrain tires performed in all facets of the trail. Check out the video and some additional photos below for much more of our afternoon with the A/T3s. 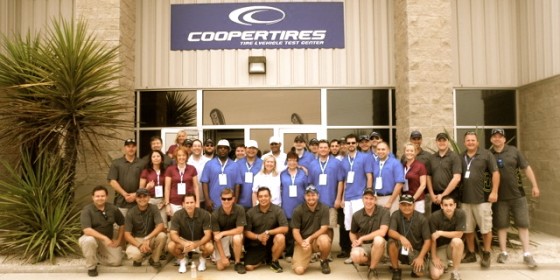 Overall I was impressed with Cooper Tires, their people, and their testing practices. I really enjoyed the one-on-one time I was able to get with some of the personnel, and honestly learned way more about tire design and testing than I ever would have expected. I even enjoyed hearing about what went into creating their new marketing campaign, reflected in the commercial below :

Cooper is currently running a contest in relation to Father's Day, and you can still enter up until June 29th. All you have to do is share your most memorable conversation in the car with your father via their Facebook page, and you'll be entered into a random drawing to win an exclusive Cooper Tire race day experience. Don't forget to follow @CooperTire on Twitter for more great promotions and events.