Media > Movies > How Could People Not Know Who Forrest Gump Was?

How Could People Not Know Who Forrest Gump Was?

My friend, and fellow Gunaxin Contributor, Jeff Kelly (@jekelish on Twitter) recently posed the question as a Facebook status, “The most difficult to believe part of Forrest Gump is that he was a football All-American, Medal of Honor winner, corporate millionaire, and gained national fame for running across the country, yet the people sitting with him on that bench had no clue who he was.” With Mr. Kelly’s permission, I am going to try to endeavor to answer that question. First of all, lets look at the things that Forrest Gump is famous for…. 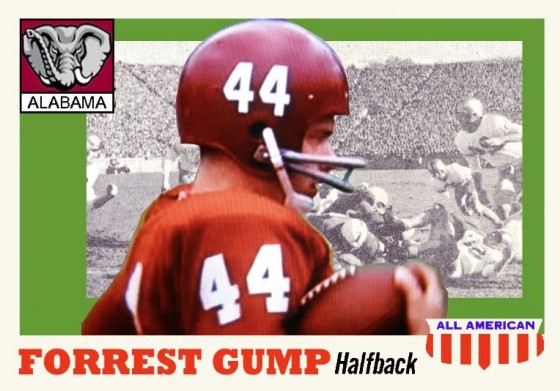 The woman is in Savannah, Georgia. We will give her credit for being a football fan. However, there is a reason that by and large a majority of football players (even in the NFL) could not actually be picked off of the street.

First of all, there is the helmet. Ever wonder why you tend to see more basketball players and baseball players in commercials than football players, it is because with the other sports you see the face. You can identify the players. 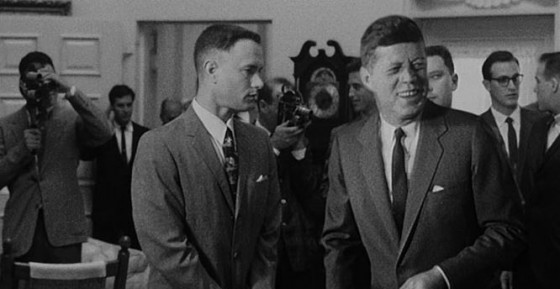 Now, lets assume that she had seen the picture of Forrest Gump shaking hands with John F. Kennedy. He looks like a football player in the 1960s. There is a lot of conformity there between the flat top hair style to the general build.

Lets put this one a slightly different way. Here are the Sports Illustrated All Americans from last year… 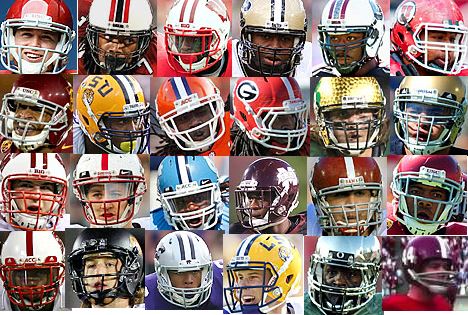 How many can you identify correctly even with their helmets on? Lets assume you are an avid football fan. This is the first team from 2012. Would you even want to try to pick one out of line-up from 1993? The name or the number may ring more of a bell than the actual face. You can’t really diminish the whole ‘helmet factor’ here.

OK, so there might be a possibility that there is a small point on the Alabama running back thing. However, Gump was a war hero. Gump won the Medal of Honor. Surely, that fact would make him recognizable. He was on the cover of magazines for God’s sake. He even spoke at a major rally. How could anyone not know who he was? This is possibly the saddest part of the whole argument. 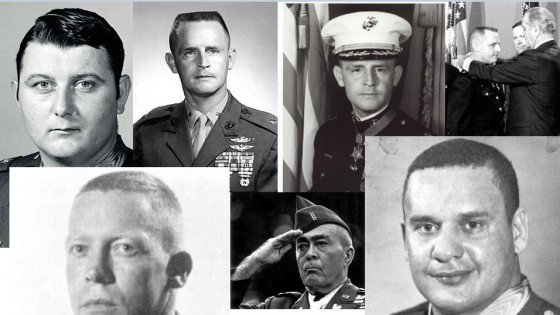 These are pictures of actual Medal of Honor Winners from World War 2. Kudos if you can place a name on a single one of them. If you aged any of them ten, fifteen, or twenty years you might have real problems even if you had read about their heroics or seen them on a news story. It is sad that Medal of Honor Winners are not instantly recognizable. After all, there might have been a problem even if she was in the crowd when Gump made the speech.

Gump could have changed into plain clothes five minutes after the speech (whatever he said) and the people on the other side of the mall might not have recognized him.

Forrest Gump was also the head of a Fortune 500 company. His face was on the cover of the magazine. There is no way that anyone could have gotten that one wrong.

You have to remember a couple of things about this one. This was before the advent of the internet. There was no Google or searchable database. Even if Forrest Gump was a listing in the Encyclopedia, then you would have had to specifically go to G out of an (at least) 24 volume set and read the entry. You would then have to commit the face to memory.

Have you ever watched a cop show? If you were standing on a corner and saw a man pull out a gun and shoot someone, how accurate would your recollection be?  Surely there would be nothing more important to commit to memory than that face. Chances are that your description would have a great difference from another person’s recollection.

Even in the internet age, could you identify Fortune 500 CEOs beyond maybe Bill Gates? Can you even identify the company that they head up? 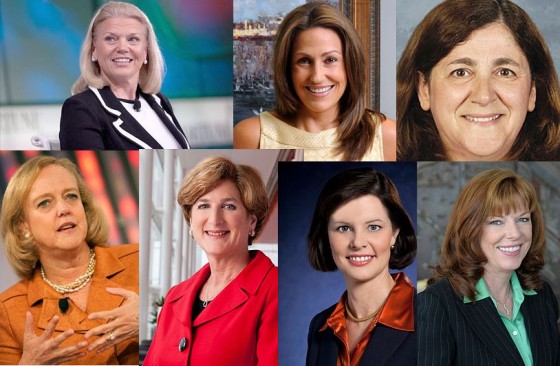 Each one of those women are currently CEO’s of Fortune 500 companies. One of them even ran for Governor of California. If presented with this picture, how many could you name or even identify which companies they are the heads of?

This is the age of the internet in which we are bombarded with images as well as names below the images. It is not like the early 1980s when we threw out or recycled old magazines.

Again, think about the crime being committed right in front of you. Imagine if you were standing ten feet away and the murderer said his name within earshot, would you be able to tell what the name actually was?

Think about it this way. The following picture is of the crew of the Challenger space shuttle crew which crashed in 1986. We will go ahead and give you Christa McAuliffe. 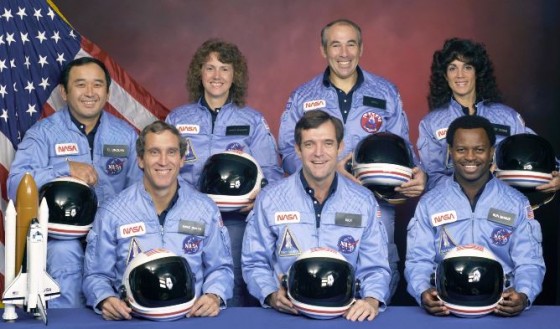 This is one of the most famous events in American history. We are talking about a crash which changed the course space exploration and scarred thousands of young people watching the event live on television. How many of the other six astronauts can you name? Or, try this one… 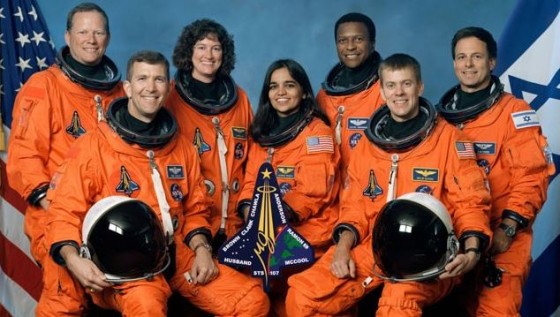 That’s the crew of the space shuttle Columbia. Again, all of them lost their lives in a horrific explosion. Do the names of any of them pop into mind? Exactly. So, try to imagine if this guy just sat down next to you on a bench (without the knowledge of Tom Hanks beyond Bosom Buddies) 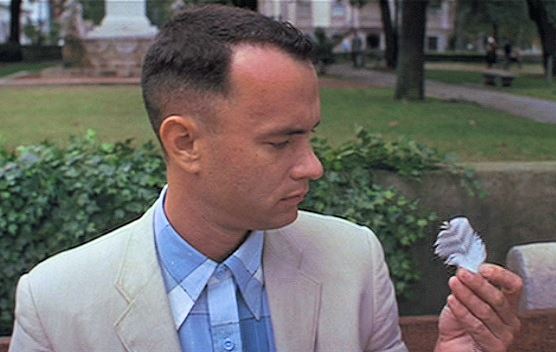 For all you’d know, he could be a war hero, CEO, former running back or even the Unabomber. Speaking of the Unabomber….

Lets say that the woman was completely into the running craze. Lets say that she followed it on TV. Lets say that she got up off her duff and was part of that sad crowd of people waiting for a Messiah in Nike’s to speak. Then lets say that a few years later she happened to be sitting on a bench next to the very same guy. How is it possible that she did not know her idol when sitting right next to him? Lets review the photos again. 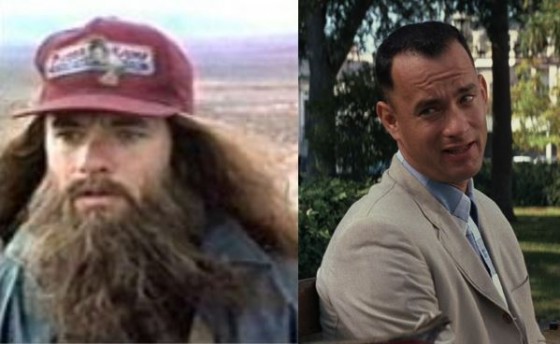 Can we allow for the possibility that you might just not have recognized him from one day for the next. There is a chance that he just looks different without his hat. The hat really changes the whole look as far as I am concerned. People do manage to look different from one day to the next depending on the day. 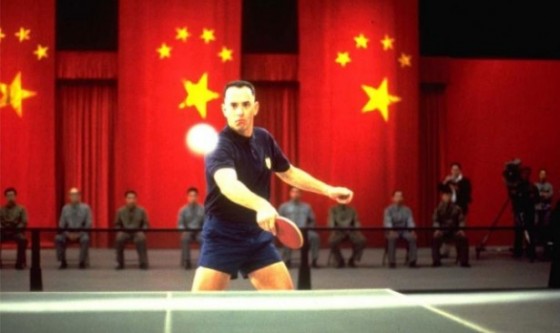 Finally, Forrest Gump was a ping-pong champion. They even sold Ping Pong Paddles bearing his name. It should be nearly impossible to forget all of that. After all, it was an event which actually helped bring enemy countries closer together. As they said in Spaceballs, it’s all about the mer-chan-dizing. 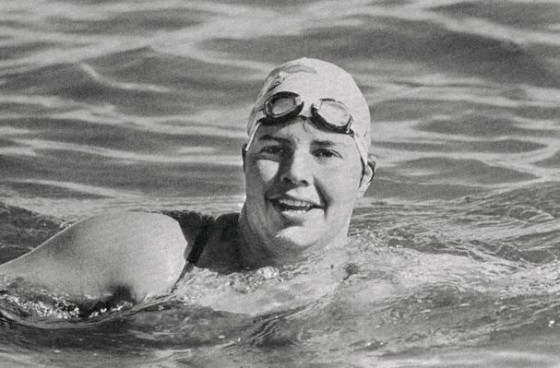 This woman’s name is Lynne Cox. She swam across the Bering Strait in the 1980s to prove how close the United States and the USSR are by swimming two cold miles between the countries. Sarah Palin can see Russia from her backyard, but she never swam the Bering Strait. Sadly we remember her name though.

Cox’s accomplishment was lauded by both countries. It made a very real statement that both the American President as well as the Soviet Premier listened to. Also, this may very well be the first time that you are ever reading about it. Lynne Cox could probably stand next to you in a subway tomorrow and you would never even know. 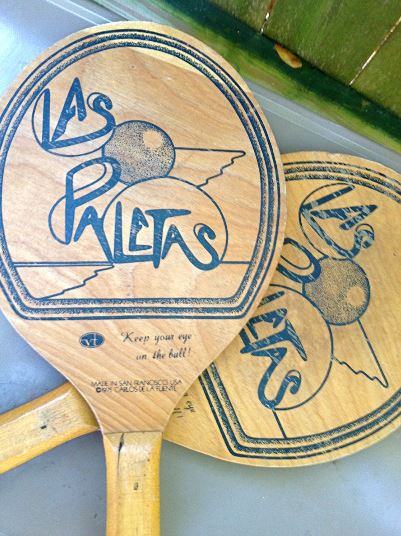 This is a ping pong paddle sold in the 1970s. Imagine if you ran across one at a yard sale tomorrow. Imagine paying a quarter for the set.

Now, imagine it was the actual Gump/Mao Table Tennis set. If you did not run to Ebay trying to up your 2 dollar investment, you might actually stop today to Google the item in order to sound like you knew what you were talking about. In the 1980s? This little baby would have gathered dust in a garage and it is quite possible rats would have gnawed a little at the image. This is true even if the woman had bought one during the craze.