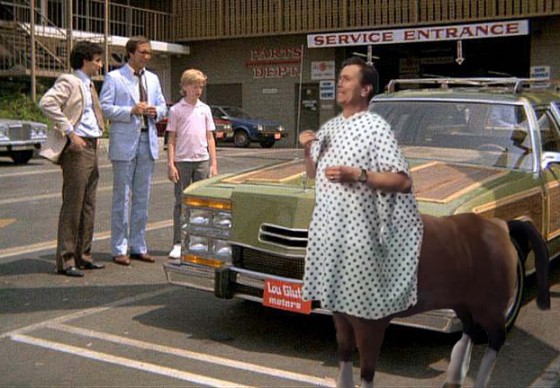 The planned reboot of National Lampoon’s Vacation (why, oh, why) has found a director. Two of them to be exact. John Francis Daley and Johnathan Goldstein, who wrote last summer’s blockbuster comedy Horrible Bosses, have been pegged by New Line to helm the project.

Daley is an actor-turned-writer who has appeared in shows such as Freaks and Geeks, Kitchen Confidential and Bones. Goldstein worked on comedies such as The New Adventures of Old Christine and $#*! My Dad Says as a writer-supervising producer.

As for a Vacation remake, uh, I’ll take a contrarian position and express my unyielding faith that Hollywood won’t sully another of my childhood memories. I mean, it can’t be any worse than Are We There Yet?, right?

Whatever. I just needed a reason to post my favorite clip from the one and true Vacation. Don’t touch!