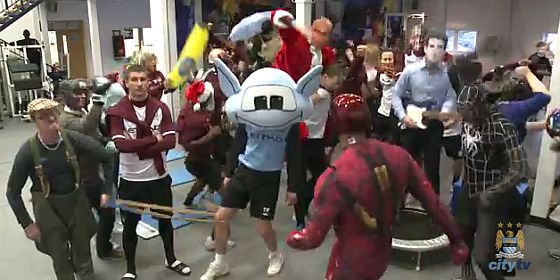 If you ever wonder why other countries complain that the U.S. is destroying their culture, we present exhibit A. Manchester City, currently sitting second in the Premier League Standings with 53 points, have decided to ditch the normally reserved English attitude and produced their own Harlem Shake video.

They aren’t the only English side to join in the Harlem Shake craze, as the Crystal Palace Cheerleaders, who previously created “Call Me Maybe” and “Gangnam Style” videos, released a video as well.