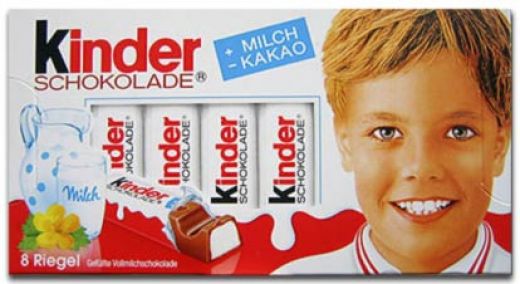 Foreign candy is just wacky. Probably because we, as stupid Americans, have no Earthly idea what their symbols and words mean. But we do know that what they look like is ridiculous. Enjoy fifteen of them! Right now! 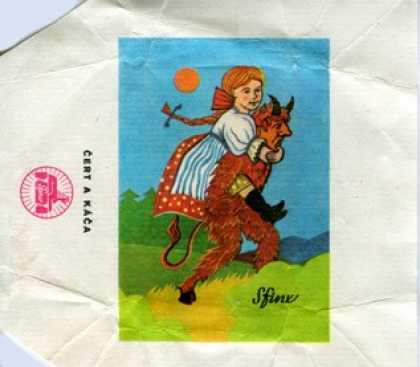 I don't know what candy from anywhere has to do with The Devil giving classic Alp maiden, Heidi a Piggy-Back Ride, but here we are. Maybe it's so delicious it makes you want to do devious, and devilish things to a yodeling mountain lass. I have no idea. 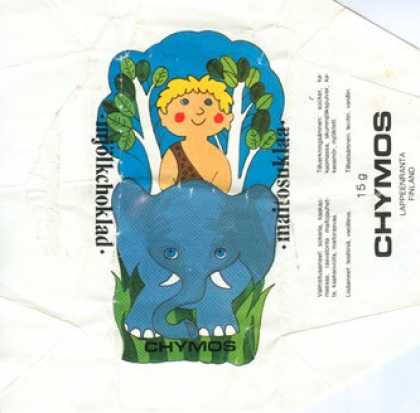 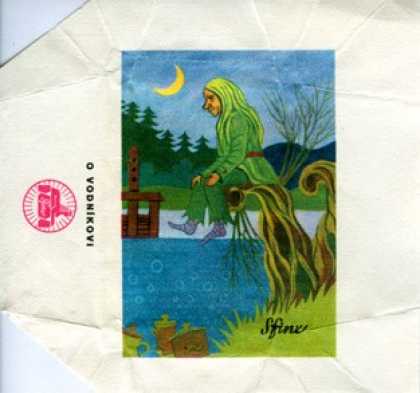 This freaky critter is moments away from drowning himself in sorrow because he's, I dunno, out of candy. Seems like a stupid way to go, but when you want sweets you want sweets.

Rabbit and Lion and Fear and Loathing 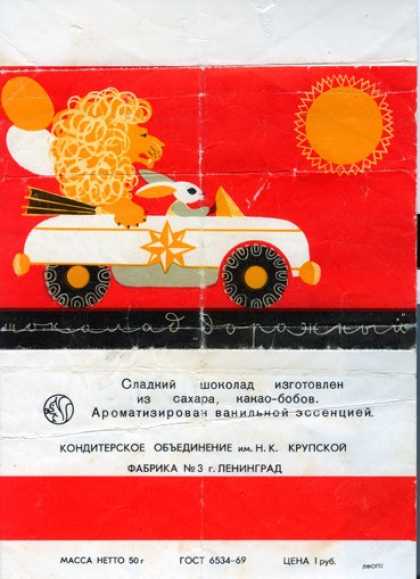 "We had two bags of grass, seventy-five pellets of mescaline, five sheets of high-powered blotter acid, a saltshaker half-full of cocaine, and a whole galaxy of multi-colored uppers, downers, screamers, laughers... Also, a quart of tequila, a quart of rum, a case of beer, a pint of raw ether, and two dozen amyls." 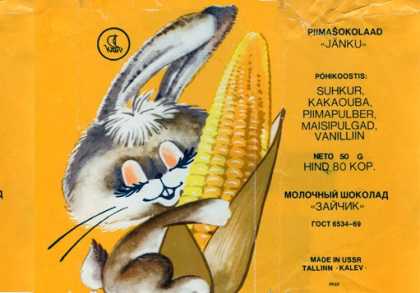 Oh baby... baby loves the corn. So, does this mean there's corn in this candy? Or worse yet: glazed corn? Guh...

Have You Seen This Boy? 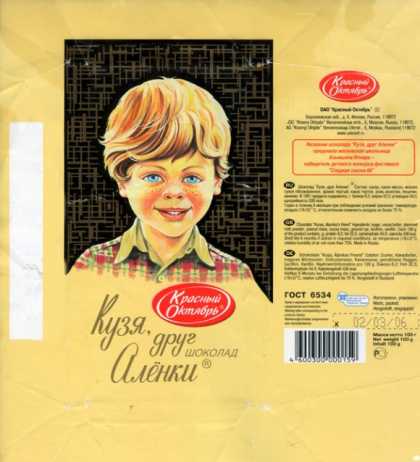 I really doubt this kid is missing. But what I don't doubt is that he looks strikingly similar to Alfred E. Neuman. 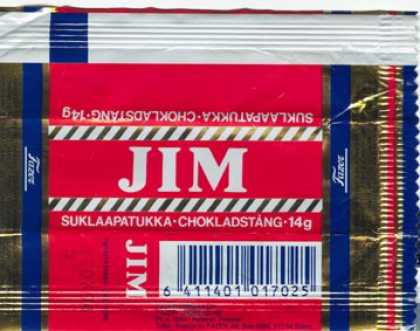 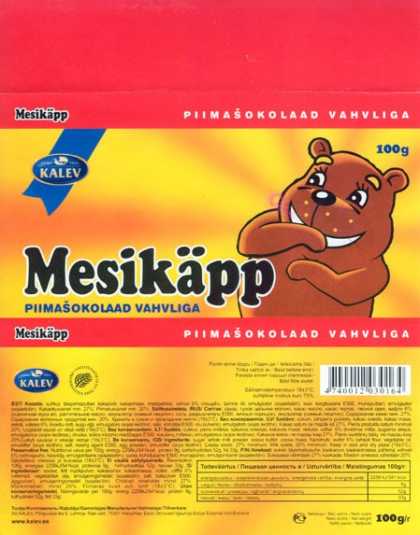 "Hey boys and girls! I'll be peddling these delicious treats from my van outside your playground tomorrow! Listen for the bell!" 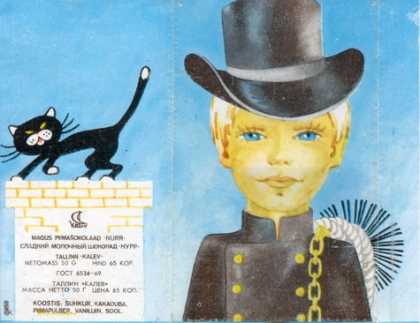 This candy comes with a free audition certificate for the Village People Revival. 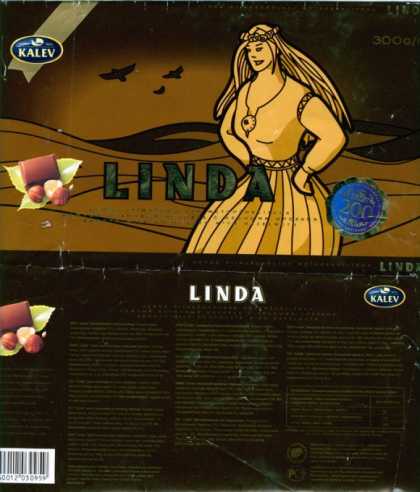 Oh, Linda... Your delicious chocolate puts me in one of your vicious headlocks. One of your THIGH headlocks... 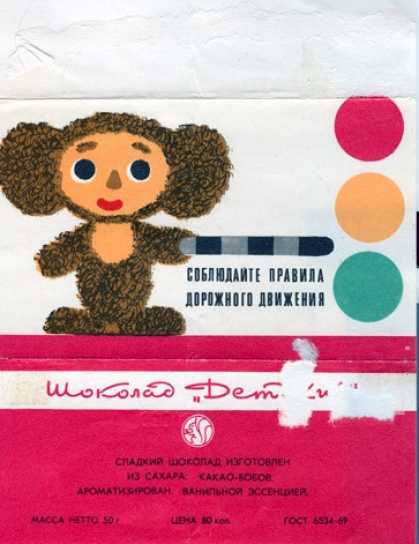 I have no idea what's happening here. But I do hope that baton he's holding isn't the candy. That looks terrible. 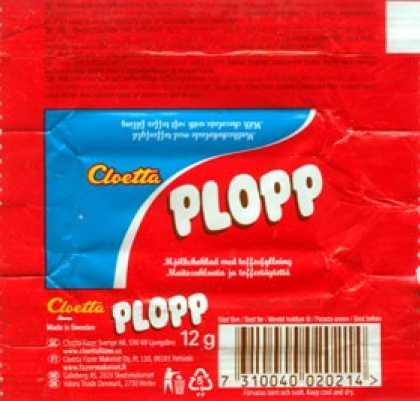 Nothing in the world screams something you don't want to eat like the sound: "PLOPP". Nothing. 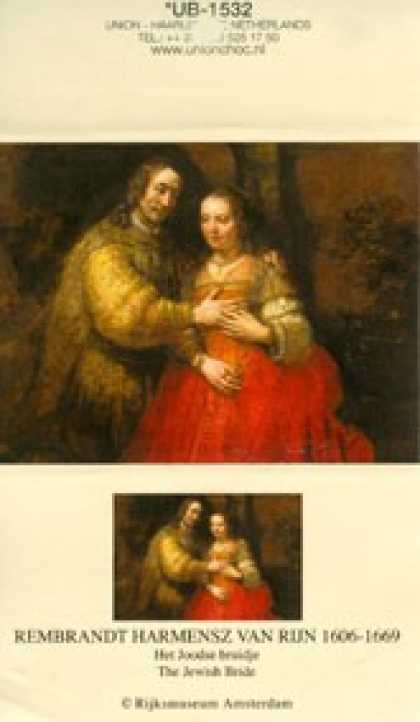 Made From Real Puppies 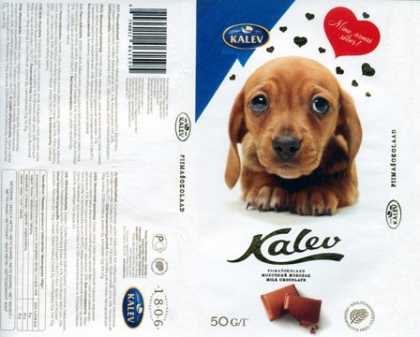 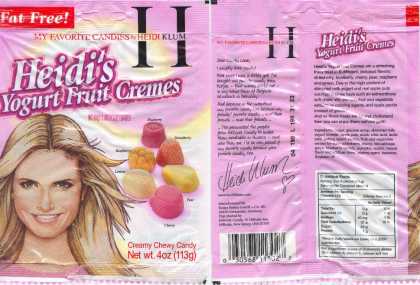 Get's the Seal of Approval. Ba-Dum-Bum.