Six Creepiest Sex Toys (for the Loneliest People on Earth)

Every hobby has a group of people who cast a dark shadow over everyone else even loosely associated with it. Sports fans have rioters, comedians have Jeff Dunham and Otaku have guys who fall in love with blow-up dolls.

It’s hard to be an anime fan when you’ve got people marrying Nintendo DS characters or taking their pillow out on pizza dates. You can explain until your blue in the face that you’re a well-adjusted human being and it won’t matter because we share the universe with people like this: 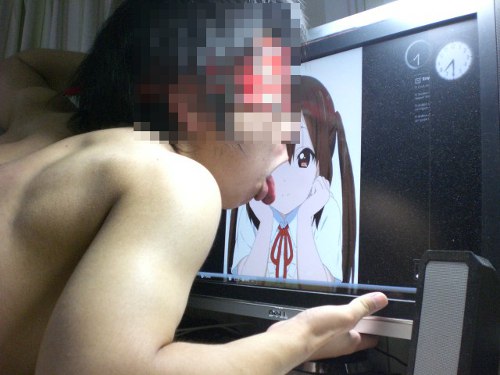 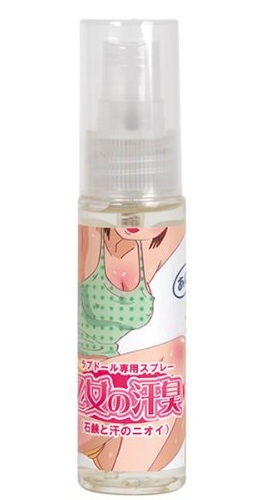 DESCRIPTION: Produced by adult toy maker Rends, this is the ultimate add-on to any love doll owner. Because what is missing more to your gorgeous sexy doll than the sexy smell of a woman in love? Loaded with female pheromones, this is a spray bottle that reproduces the smell of a hot female having sweaty sex. Trust us, this will totally blow your mind. A great "augmentation" for your love doll, for an even more realistic pleasure for you.

Controversial statement: if you’re the kind of person who has a sexual relationship with a doll and feels the need to “augment” said doll, odds are against you having any idea of what a “hot female having sweaty sex” would actually smell like. The point is, this bottle could contain the odors of aged feta and elk urine and you wouldn’t know the difference because you’re the kind of person who has sex with dolls.

But because variety is the spice of life, these sprays come in oddly specific scents, such as fashionable or athletic girls. We'd like to know how the chemist came up with those but we're pretty sure it would involve a tour of his basement and several vats of lye.

My Little Sister Can’t Be This Cute

DESCRIPTION: In Japan, My Little Sister Can't be this Cute (Ore no Imouto ga Konna ni Kawaii Wake ga Nai) is one of the most popular anime and manga series around. For those who secretly fantasize about the cute female heroine and her friends from the series, we're sure you'll love this awesome "My Little Sister can't be this Tight" parody Onahole from A-one Tokyo, allowing you to enjoy the intimacy of the heroine's best friend. Great for those who enjoy similar wacky novelty* items from Japan.

Just about everything is wrong with this product. First, there's the implied incest of the title which, if you're not living in a cultist compound, will hopefully send up a red flag. Second, the website describes onahole as a vagina in a cup, which dances the fine line between “David Lynch imagery” and “People’s Exhibit B” just a little too closely for us. Third, and most important, this product is the representation of an animated character’s sex organs, and we’re pretty sure she’s supposed to be underage. We didn’t include the image of said product because it would most likely land this site on at least one government watchlist, but rest assured that there’s an audience for this, and we’re hoping they’re all in prison. Anyway, kudos to whoever made this for scoring Satan's hat trick.

*Special note to future copywriters out there: there is literally zero combinations of words than can downplay the fact that you are selling a fictional woman’s (or girl’s) vagina. Even if there were, “wacky” has no place in said combination. Wacky is how we describe races in Hanna-Barbara cartoons and the cast of Friends. Please keep this in mind when you land that sweet gig at the Japanese Sex Factory. 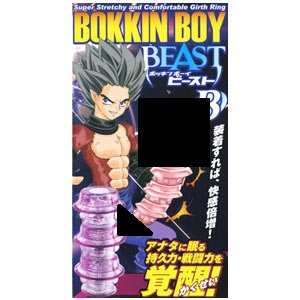 DESCRIPTION: Is penis width or girth a problem in your sex life? With the Bokkin Boy Beat Ring, you can now easily increase your girth, with this simple and easy to use Girth Enhancement Ring. 4cm large and 8cm long, super stretchable, it will fit perfectly on your Penis and provide your partner with intense pleasure, thanks to the round props and curves on its surface. An amazing rare novelty toy for our most dedicated J-List customers!

If strangling your penis could somehow turn you into what appears to be a werewolf, gangs of angry villagers would burn chronic masturbators on sight and the American Pie films would be much more interesting. Perhaps it isn’t fair to judge the advertising method of a product that someone is only going to buy out of desperation anyway, but we can’t help but feel that “Dragonball Z” meets “Chinese finger trap” is the wrong approach for this. There’s no cartoon children on this box at all.

Also, here’s a fun game for you and your friends to play the next time you throw a party: read through the J-List catalog and take a shot of liquor every time a sex toy is described as a novelty or gag gift. If you’re keeping an accurate score, your blood will actually be flammable when you’ve finished. Unless all these cup vaginas are filled with spring-loaded snakes, that’s not a gag gift. The joke stops once you charge Visa $12 for fake ejaculate. 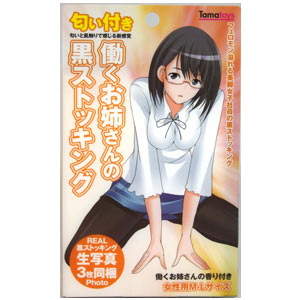 DESCRIPTION: A lot of Japanese men have a thing for OLs, which means "office ladies" and refers to the uniformed female office workers who form the backbone of the Japanese professional workplace. Here's a pair of black soft stockings that could be worn by Japan's beautiful career women, sized to fit size M or L. Includes a pheromone scent, the "smell of Japan's working women." By TamaToys. Includes three amazing photographs of real OLs in the package, too.

Ignoring that the existence of search engines completely devalues the incentive of including photographs with your tights, this may very well be the only product description where J-List is willing to level with you. At no point do they try to pass this off as a gag gift because even they know that when you’re willing to pay for perfumed tights and you aren’t an office lady, that’s it -- the cows have all come home. You’ve managed to stumble into a well of sexual depravity so deep that even Lassie refuses to call for help.

DESCRIPTION: For those who have the Love Body Aki or Risa dolls, here's a little something extra for you. This is the Nipplen add-on, which can be placed on your Love Body doll for that extra added fun and pleasure. Made of a realistic skin like material, it's easy to clean and easy to apply on to the doll. Simply peel back the adhesive layer and stick on the doll where the nipples should be. Adds extra excitement when a camisole or shirt is worn with the doll. 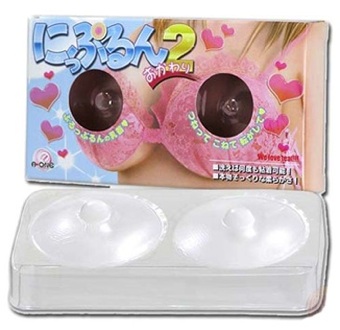 Do you own a realistic love doll without nipples? Do you regularly parade around your homestead in a coat made from the flesh of obese women? If you answered “yes” to either of these questions, Nippurun is for you.

As strange as this is, we can’t help but find it fascinating that we’ve reached a day and age where we’ve mastered the art of making inflatable women but the folks engineering these dolls haven’t figured out how to include nipples in their horrible design. Is the anime doll with nipples the hover car of the sex toy world? 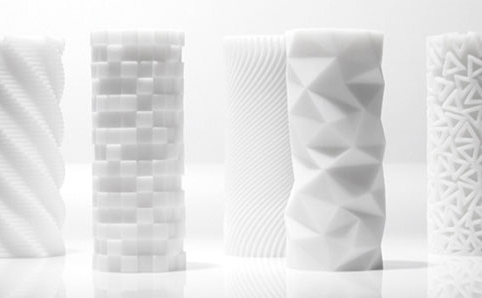 DESCRIPTION: The next revolution sex toy and onahole from Tenga is here, the TENGA 3D! Pleasure on a whole new form, challenging the boundaries of hole design. There's now nothing to be ashamed of having a onahole at home, and with Tenga 3D look, nobody will notice it is actually a sex toy, as it literally looks like a modern art sculpture when on its stand. TENGA describes it as the fusion of stimulating textures and structural beauty.

Problem: You own a vagina in a cup but don’t have the good sense or foresight to hide it when guests come over for parties/visitation. How do you keep your shame without having to admit to it?

Answer: Turn your sex toy into a modernist sculpture.

If you regularly stick your penis into inanimate objects but still somehow know people who willingly want to spend time with you, know this: by trying to hide the object of your desire in plain sight you are pressing your luck to the breaking point. If we were still living under the vengeful wrath of Old Testament God, people who purchase the Tenga 3D would be struck down and eaten alive by a colony of burning shit ants.

Also, the full description explains that when you’ve transformed this thing into its statue form, you effectively turn it inside out. Following the Transitive Property of mathematics, anyone who has the misfortune of touching this piece of “art” will technically be touching your penis. Short of a TSA pat down, that’s the closet you’re going to get to feeling the intimate touch of another, so enjoy it while you can.