The Creepy World of Garden Gnomes

Garden gnomes are weird as it is, but in our modern society, chock full of abnormalities and perversions, they have gradually become weirder. If you’re wondering how a bunch of cute little statues of tiny guys with red hats could potentially disturb your own delicate mental stability, then look no further. Without further ado, let us unleash the world’s most “interesting” garden gnomes. 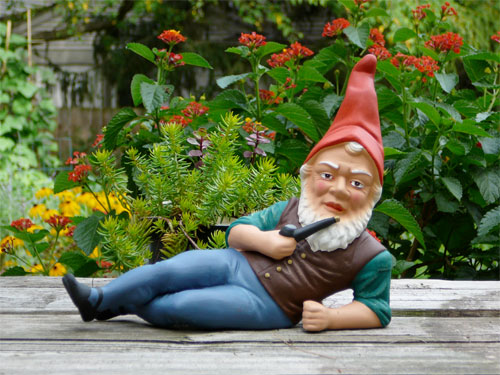 Yes, this gnome is ready and able to lie in that position all day long if he has to for you to notice him. Although he is fairly tall for a gnome, somehow the look works for him. Wherever you choose to place him, there he shall remain with his little hand sensually clasping his ‘shroom pipe. The look on his face really sets it off; he knows what he wants and he’ll be damned if you aren’t about to give it to him. 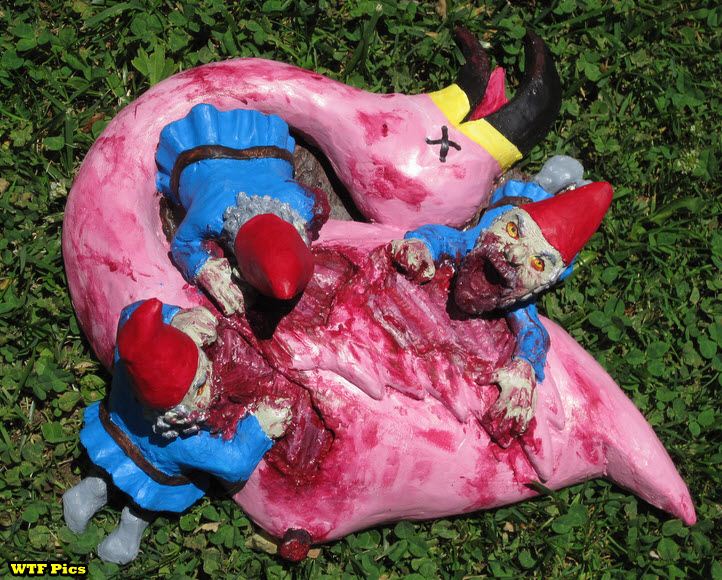 Oh the gnomanity! Bloodthirsty and ravenous, these wendigo-afflicted gnomes want little more than to experience the sweet nectar-like taste of raw flesh. From flamingos to your pet dog, there is absolutely nothing they won’t kill and eat if they get the chance. 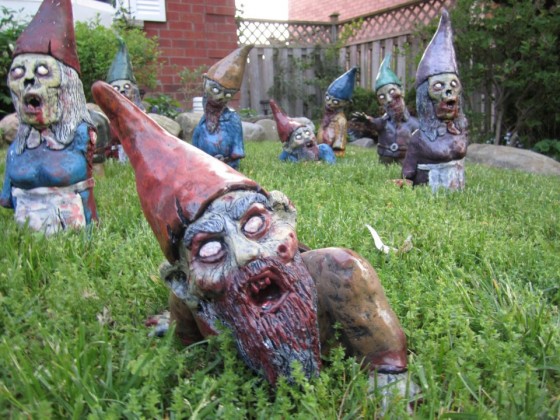 So, you believed humanity was in the clear as far as zombie apocalypses went, eh? Well, you might want to watch out for this little guy. Hiding in your shrubbery nibbling on the discarded remains of your last pizza order is this fella. He would’ve infected you by now, but he’s just too slow (and fairly decomposed as well). Therefore, he stands fixed in a perpetual howl of anger and longing as he gazes up at your head hoping in vain that your brain will ooze out of your ears. 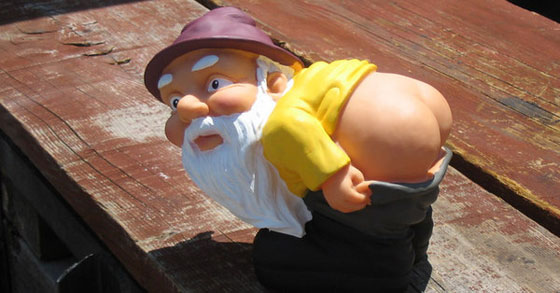 A rare sight indeed, the great gnome moon’s primary use as a gesture is to signify friendship between the mooner and the moonee. Nothing says I love you quite like a small pointy-hatted man exposing his bare bottom to the wind and the collective gazes of passersby.

Next time you stroll past he garden section at your local supermarket, pick up your pace a bit so you don’t end up toting one of these “adornments” home. 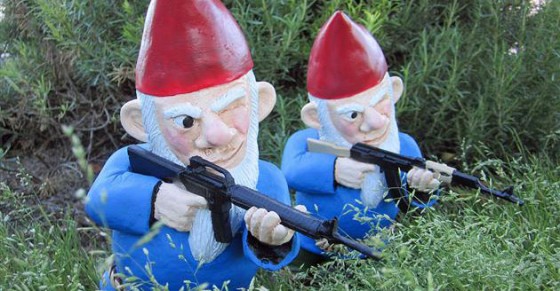 Put a couple of these guys outside of every school in America, and we’d never have to worry about a school shooting ever again. Am I right Wayne LaPierre?