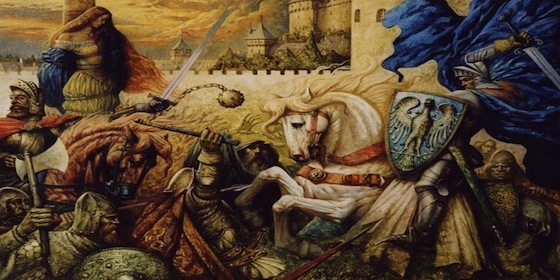 There are stories that will be iconic no matter what. And invariably, those stories will have adaptations that are perverse as all hell.

King Arthur, Merlin, the Knights of the Round Table are legends that just won’t quit. At the root, these timeless stories fit in any era. But sometimes the modern world needs to update them. Sometimes we think they’ll be more appealing if we tweak the Arthur universe just a little. And this is where King Arthur gets uncomfortable. 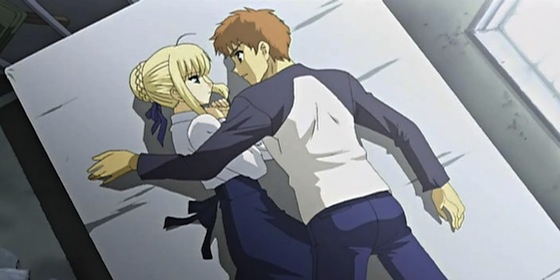 First a Japanese light novel and then an anime, Fate/stay night shows that it doesn’t matter if the story is a beloved Western tale — Japan will still Rule 34 it.

In the anime, a fight-to-the-death tournament occurs in Japan every sixty years. Seven “sorcerers” are chosen and have a battle royale using magic and a special spirit servant they summoned; each pair is bent on getting the Holy Grail. The spirit servants are famous heroes and can be called from any point in history so long as the hero made a pact at their death to serve at some point in a tournament, and if their master wins the hero gets a wish granted by the Holy Grail.

The protagonist, Shiro, gets a Saber-type servant. A sword-wielding badass girl with blonde hair, who is eventually revealed to be Arturia Pendragon. Yeah, that just happened.

In this world, King Arthur was always a girl. Her father, Uther Pendragon, thought their subjects would never accept a woman on the throne so he just never announced Arturia’s gender. And that’s pretty much the end of that backstory. All the knights call her King Arturia and she does nothing to hide her very obvious breasts and female face, but half of the knights are also women too.

When Arturia isn’t killing other servants, she’s having awkward dates with Shiro, constantly stepping out of the shower (still wet and very naked), and at one point the two characters have sex to give her all of her mana back. That screenshot up there is probably the most kosher one of the two of them in bed together. I’m all for empowering women, but having them masquerade as men and be a sex object for the viewer/player sort of pushes the equality idea back a little.

King Arthur & the Knights of Justice 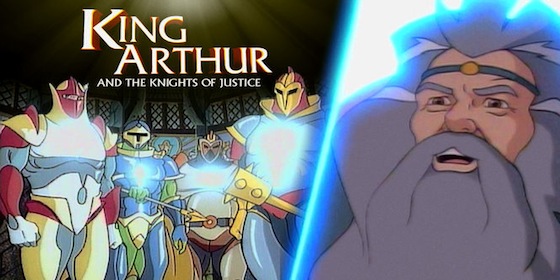 Japan might have sexualized a female King Arthur and had her sleep with a 14-year-old, but America is just as guilty of changing the Arthur legend. King Arthur & the Knights of Justice somehow has less logic than Fate/stay night.

When Morgana traps King Arthur and his twelve knights in a cave of glass, Merlin realizes he needs replacements ASAP. In the entire history of the world, ever, the best replacements for King Arthur and the fucking Knights of the Round Table are football players. Seriously.

Arthur King is the quarterback of the Knights (that’s some creativity right there), a New York pro football team. Merlin tells them that when they’ve freed the real knights, he’ll send them all home.

Lancelot is now Lance, while other knights include Sir Phil and Sir Brick (probably not actually knights).

The most disturbing part of the show is that no one else knows that these guys are frauds. Merlin and the football players decide to keep it a secret, so that raises some eyebrows over how Guinevere thinks Arthur King is her husband. While she wonders why his personality has completely changed, she stills treats him as the man she married.

And the other side characters think these are the originals too. Despite every possible verbal anachronism occurring, (“I must get back to the land of cheeseburgers!”) in a world where magic gets slung around all the time, not a single squire or Lady thinks the knights might not just be who they say they are. Even Morgana, who knows they’re not real because she has the real ones back at her cave, still has no idea who these dudes are. She doesn’t think to check the 1990s for a missing football team because who the fuck would pick a ’90s football team to save your world?

So there you go. Japan turns King Arthur into a sex object, America turns him into a football player sleeping with someone else’s wife. I’m pretty sure that’s the plot of Gawain and the Green Knight anyway.