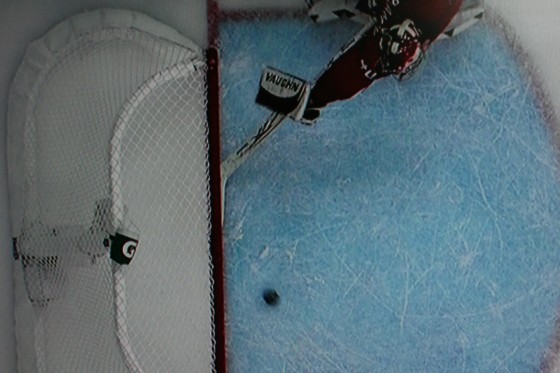 Simeon Varlamov robbed Sidney Crosby for the save of the Playoffs this afternoon. The play, which came late in the 2nd period involved some nifty passing by the Penguins, with one of the best players in the world ending up in front with an empty net. He shot the puck towards the yawning goal, and began to celebrate. There was only one problem, rookie goaltender Simeon Varlamov dove across with his stick and prevented the puck from crossing the line. Capitals Outsider has the video and more stills from this amazing save.