Seven Bizarre Injuries to the Goodies 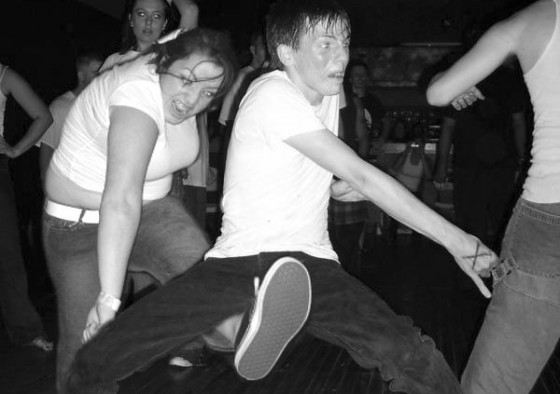 Nothing is more universally reviled than a smash to the goodies. Man, woman, child or senior, if something messes up your junk, you are not happy about it. And, curiously, everyone else will laugh. But sometimes injuries come along that are so harrowing, it’s hard to find the humor in them at all. Not impossible, just hard. Like these; 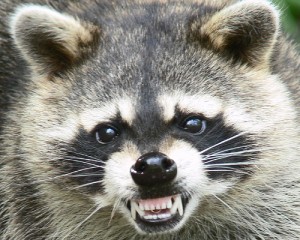 Nothing is quite as relaxing as getting back to nature. Heading out to the woods with some friends for a bush bash, some beers, some music and all the raccoons you can sexually abuse. If something there sounded slightly amiss to you, then you are not Alexander Kirilov, a 44 year old man who got all shitfaced on a weekend getaway with some friends, saw a raccoon wandering about and doing what raccoons do and in a move strictly contradictory to what good sense may tell you about both raccoons and sexual encounters, depantsed and tried to make a man out of that little woodland creature.

The raccoon, whose mind could very likely not even come close to fathoming just how fucked up a situation it had involuntarily just become a part of, did what most of us would do when set upon by a nude, drunken, amorous Russian. He bit his dick off.

Surgeons would later attempt to reconstruct as much as they could but the raccoon was unfortunately not available for comment or to return several pieces so Alex is going to have to live the rest of his life with a stubby. 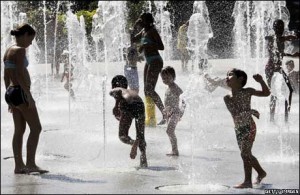 Who doesn’t love those water fountains that shoot jets of water up from the ground as though the earth itself was jizzing all over you as you frolic and play in the spray? The answer is a 19 year old woman named Yang who ripped herself from crotch to halfway up her stomach. While she was playing in a fountain in the Henan Province of China with some friends, avoiding some small jets, no one had bothered to inform them that amongst the tiny jets was one rigged to some manner of jet engine that erupted with enough force to actually send Yang flying into the air.

When she hit ground, bleeding profusely, she had to be taken to hospital where it was discovered the force of the water had ripped her from her vagina up to her stomach, damaging her intestines. The injuries were so severe it took 7 months and three surgeries to recover which still left her with some intense scars. And that is why we refuse to let any employees pleasure themselves with a garden hose at work anymore. It’s just not safe. 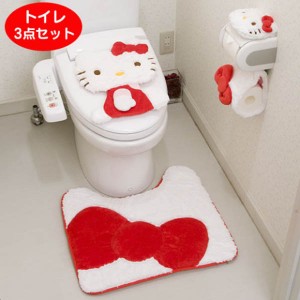 Getting your junk smashed is never good, and for that reason it’s best to keep your junk away from smashing things. You don’t blacksmith while pantsless, you don’t bash someone’s head in a car door with your drawers down and you don’t ever play whack-a-mole while having sex unless you have proper safety equipment. All of this should keep you safe. It should.

Unfortunately, every day we put our wang near the deadly jaws of smashitude when we lift the seat to pee. For most of us this isn’t an issue, but when you’re three feet tall and just learning to use the toilet, that big, gaping maw of piss-smelling destruction is as dangerous as any delicious-looking drain cleanser or fun-time farm equipment.

Doctors from the UK have recorded as many as 250 cases per year of kids coming in with smashed junk thanks to heavy wood or ceramic seats trying to eat the twig off of little guys who have to stand close to the bowl. 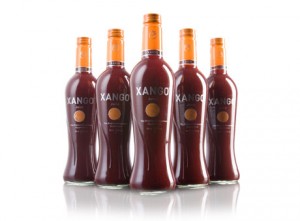 Who amongst hasn’t suffered through a particularly lonely spell and, one day whilst in the shower, looked at the shampoo bottle and thought “I could make a woman out of that?” It’s perfectly natural in a bizarre, lonely, unnatural way.

A gentleman in Singapore had a similar thought only he decided he wanted to join the Pepsi Generation (or maybe Fanta, we’re not judging, you hump whatever bottles turn you on). The 77 year old man, who we assume was old and withered enough to believe that no one beyond a pop bottle would ever want him, decided to use one for his pleasure. So he jammed his tool home and, at some point soon after, discovered that not all entrances are exits. So basically we’re talking about a senior citizen with his dick stuck in a Coke bottle.

Eventually he sought medical help and the bottle was cut away, however severe inflammation had already set in causing an inability to urinate. And that alone is pretty shitty, having to get a bottle cut off your wang and then have to endure whiz pain, but the complications in this case were so severe they piled up until the man went into heart failure and died. 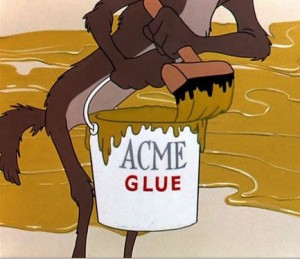 You can only expect so much from a man known as Captain Dan the Demon Dwarf, but still, some things defy logic for even the most ridiculous amongst us.

Captain Dan, a dwarf performer in circus, had to get on stage and do his act. Naturally, in keeping with the dignity displayed by all little people in show business, part of his act included pretending to get his junk stuck in a vacuum. However, the apparatus that allowed the gimmick to work failed so the demon dwarf had to improvise by using glue to hold it together. It’s at this point you should remember those safety videos from when you were a kid that featured Peter, the Penis Protecting Polar Bear, who always warned you to never glue your penis inside a vacuum.

The result was exactly what you think the result was. Captain Dan’s wang was glued inside a vacuum. This lead to him being wheeled to a hospital where efforts were made to remove the tool from his tool and probably created a legendary story that ER staff stillt ell to this day. 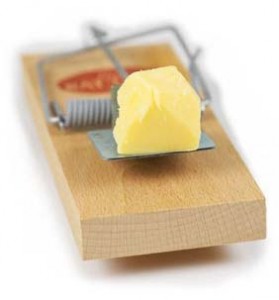 Since sometime in the late 90’s, it’s been a good rule of thumb to never let your genitals get near Johnny Knoxville. In the early 90’s it was probably cool, but not anymore. Sadly, Perry Caravello didn’t get that memo.

In 2007, Caravello sued Knoxville, along with Jimmy Kimmel and Adam Carolla, for getting his junk stuck in a mouse trap and not paying him $10 million for it. If that were the price for a penis mouse trapping, more people would probably be doing it, but Caravello was a special case.

If you’ve seen the movie Windy City Heat then all of this may be familiar to you, but it wasn’t and probably still isn’t to Caravello, a very naïve man who may or may not have suffered some brain damage earlier in his life (that isn’t even a joke). Caravello was the victim of a massive prank in that the movie Windy City Heat was all a joke played on him by Jimmy Kimmel and Adam Carolla. 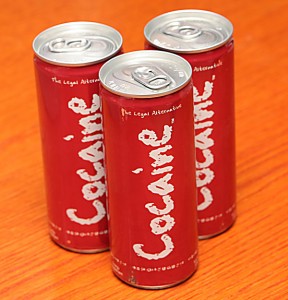 This may come as a surprise to you, but cocaine and your penis are not friends. Indeed, it sounds bizarre but thanks to the efforts of one desperately insane man we now know that injecting coke directly into your urinary tract is far more dangerous than that sentence implies on the surface.

Apparently seeking a way to make drug use more life destroying, this dude just jammed his weiner full of the stuff in an effort to improve sexual performance, because Viagra is for chumps. This lead to severe bleeding and a painful, three day erection. After three days in the hospital he lost his erection, probably because Satan arrived and made him pay for his transgressions.

Massive blood leakage caused blood to coagulate under the skin in his feet, hands, genitals, back and chest. It was under his skin. Like evil, only born from dick. This caused his tissue to start dying. Due to the massive tissue damage he was transferred to a burn unit where they amputated 9 fingers, parts of his legs and, finally, his penis. If you take home no other lessons today (besides not to hump raccoons) it’s that you shouldn’t inject drugs into your penis.

During a radio show with the three comedians to promote the film, Caravello says he was promised $10 million for putting his unit in the trap. Naturally the trap went off. No money was exchanged. Caravello sued. It went nowhere. Let that be a lesson to us all to never trust a man who causes pain for laughs.