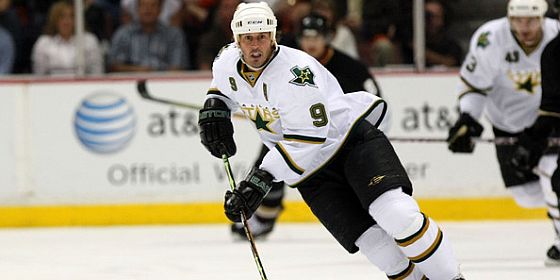 When we talk about hockey fights we are usually referring to two players squaring off at center ice. Today is a little different though, as the Dallas Stars decided to take the fight to the Cowboys in a war of words. The Cowboys, apparently upset that the Stars will be playing in January while they aren’t, tweeted a dismissive note about the return of hockey from their official account.

The Stars, mixing hockey’s aggressiveness and a Texas sized ego, took the dismissal personally, responding to the Cowboys with a tweet of their own.

At least our #9 got the job done….. RT:" @DallasCowboys Similarly in the category of nobody-cares…the NHL is back!" pic.twitter.com/06y0e6iG

The number 9’s in this case are Cowboys QB Tony Romo and former Stars captain Mike Modano (who left the team in 2006). While we enjoy any takedown of the Cowboys, we do want to remind the Stars that they have been pretty awful themselves recently, having finished out of the 16 team playoff for the last four seasons. In fact, the Cowboys have made a playoff appearance more recently (2009) than the Stars (2008).