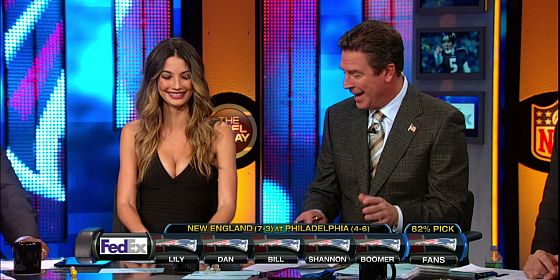 Former Dolphins QB Dan Marino is under fire today, after the New York Post revealed that he had a child with a CBS staffer in 2005 (The year he was inducted into the Hall of Fame). This would be the seventh child for Marino, who has six with his wife Claire. The paper also alleges that Marino, who works for CBS on their NFL studio show, paid the staffer millions to keep their relationship quiet.

While the story is notable, Marino isn’t the first, or last, professional athlete to have a child out of wedlock. In fact, his single child leaves him with a lot of catching up to do to make our own Hall of Fame. It is surprising, however, that Marino, who spent much of his career behind inferior offensive lines, didn’t value protection.

Remember Dan, no glove, no love.