Danger at the Tour de France 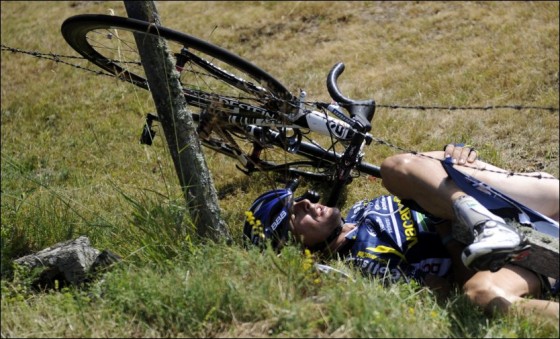 At last year’s Tour de France, Juan Antonio Flecha was hit by a French television car and then knocked Johnny Hoogerland into a barbed wire fence. Luckily nothing that dangerous has happened at this year’s race, but there are still a few more days. Check out the video from that famous crash last July :

That isn’t the only instance of car and bike accidents on the Tour de France route though, and sometimes that don’t end nearly as well. In fact there have been many deaths associated with the famous cycling race, as illustrated by this Infographic :