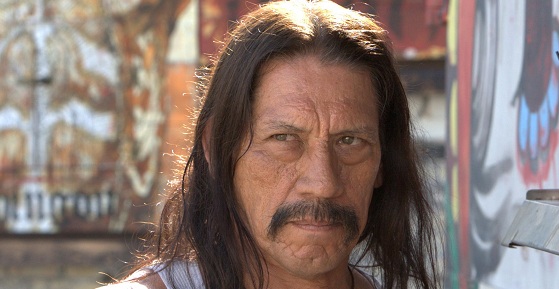 I previously talked about Bryan Cranston and why he’s one of the hardest working men on TV, but TV is only one area of the media. Film is an entirely different beast, a beast Danny Trejo has punched to death, gutted and then eaten. Seriously, his filmography is longer than a giraffe’s dick and the list of actors he’s worked with reads like the cast for Expendables 3.

In fact, Trejo has worked in so many films that he openly admitted to being surprised when he turns on the TV and sees himself. It’s like he’s so prolific that all of his roles have blurred into one constant stream of tattooed, mustachioed badasses, well almost all of them. 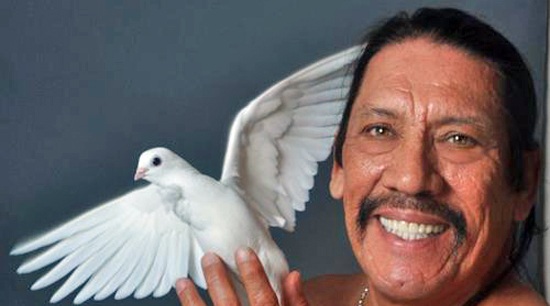 Yes, that’s him, holding a dove. Like a boss.

Which is what makes Trejo an even more awesome guy, because in real life, he’s possibly one of nicest guys you could ever meet. Putting an insane amount of time and effort into public speaking about his past life of crime to help children avoid making the same mistakes he did.

That’s in between being a drug counselor and speaking at prisons across the country. But by far what makes Trejo one of the hardest working guys in perhaps all of Hollywood is that he’ll always stop for an autograph. The only stipulation he has is if you want him to sign a body part, it has to be awesomely tattooed and boy does Trejo know awesome tattoos. 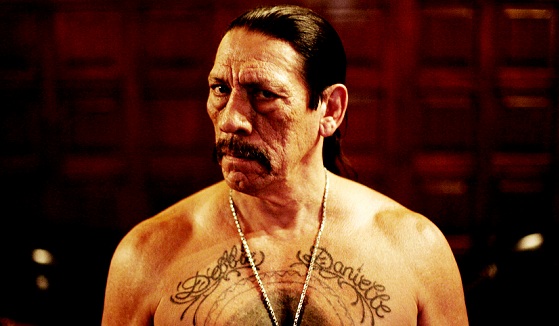 For more great Danny Trejo content, check out our interview with him :