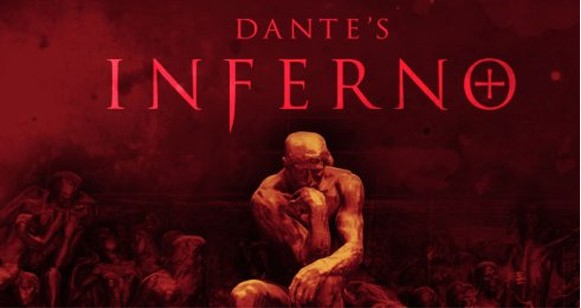 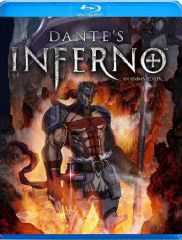 I’ve been waiting for a movie version of the first part of Dante Alighieri’s epic poem The Divine Comedy since I read it in high school english class.  How has someone like a James Cameron or a Steven Spielberg not jumped at the chance to bring a warrior’s quest to save his beloved through the 9 circles of hell to life in this age of eye-popping CGI?

Until that day arrives, Dante’s Inferno: An Animated Epic is good enough to appease my palate.  Sure, it’s very loosely based on the book and has been dumbed down a bunch into a storyline that follows the companion video game, but to see each circle and it’s damned souls and tormentors come to life is very cool, from the unbaptized demon babies to the giant Gluttony-worm-mouth-thing to the big man, Satan himself.

Adding to the varying atmospheres and styles of the levels of hell are 6 different anime studios and directors, coming together in an all-star collaboration bursting with action, gory violence and nudity.  It won’t wow you like the video game trailer you saw during the Super Bowl did, but it is still a feast for the eyes, especially on Blu-Ray.  Dante’s Inferno: An Animated Epic is a definite pickup for animation fans.  While you’re at it you can also dig into the comic books and the game, all out now. Also available in hand baskets.