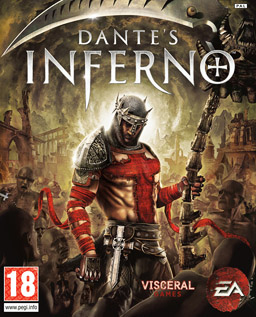 So if you are a gamer and haven’t heard about Dante’s Inferno, then you are a gamer for the Atari 2600. The buzz on this game has been huge since last year. I tried the game’s demo which is available online for the PS3 and XBox 360 and it lives up to the hype. I had a chance to speak with Justin Lambros, the Senior Producer for Dante’s Inferno, and he also answered Gunaxin’s Six Questions. Visceral Games teamed up with EA to produce Dante’s Inferno which was released to the public on February 9th.

Justin and I spoke about Dante’s character and how he is a bit different from the poem from Dante. Instead of Dante being a poet, he is a knight from the crusade. Upon his return home he sees Death taking his beloved Beatrice away from him. Dante fights Death and takes Death’s scythe which becomes his primary weapon as he journeys into Hell. So right off the bat you see how bad ass of a character Dante is and you know he has a fighting chance to go through the nine circles of Hell. 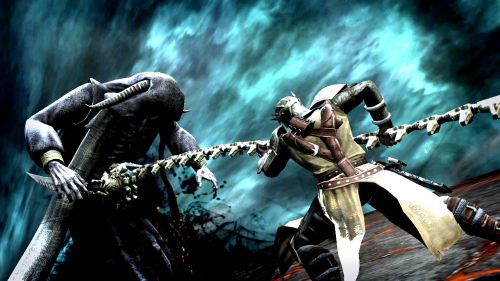 Each circle of Hell has its own band of enemies that Dante has to take on ranging from babies with knives to Hoarder and Waster in the Greed circle of Hell. The last level is where Dante takes on Lucifer in his true form: a giant, three-headed demon. Only by defeating the Prince of Darkness himself can Dante save Beatrice’s soul, as well as his own soul. The game challenges you from start to finish and you will be amazed with not only the game play but the visual effects that are added to the game to give the complete vision of Dante’s trek in to Hell. 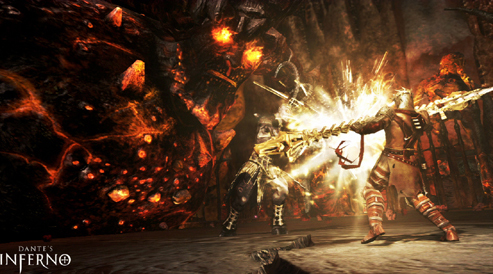 If you love to play games like God of War then you will love Dante’s Inferno. Check out the trailer below, and also our feature on the animated movie version, “Dante’s Inferno: An Animated Epic.”