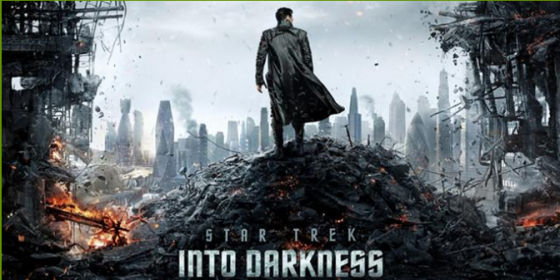 Now, if you look at only part of the new poster for the movie Star Trek: Into Darkness, you might catch a hint of The Dark Knight Rises envy going on here. Either J.J. Abrams or an overzealous ad campaign wants you to think that the new Star Trek movies are the new Dark Knight trilogy. If you look at the poster in full, there will be no doubt left. 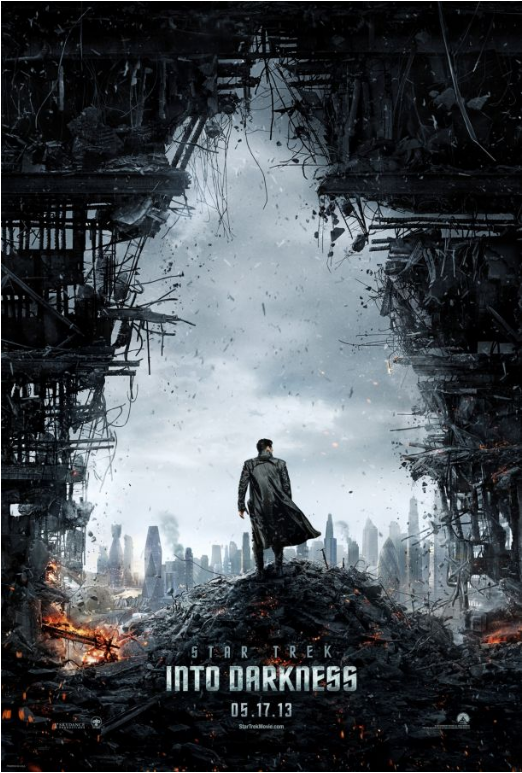 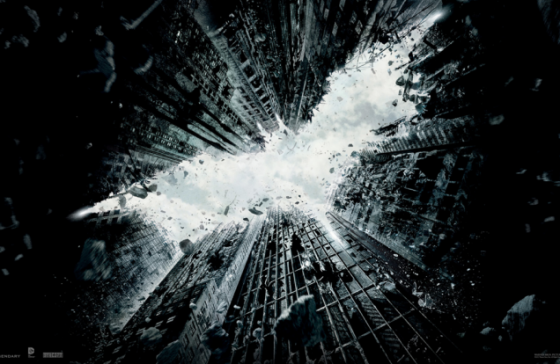 Now, this got us to thinking. How far are they really going to ape The Dark Knight Trilogy. Aside from the fact that both had second movies featuring the word dark, there seems to be other similarities as well. Although James Tiberius Kirk may not seem like a perfect analogy to Bruce Wayne, the movies seem to be giving off that vibe. Keep in mind that William Shatner was 35 years old in 1966 when he originated the role of Captain James T. Kirk. Chris Pine was 29 when Star Trek was released. Similarly, Christian Bale was 31 when Batman Begins was released. The point? They were both the youngest actors to play the role. Also, the ages that the would be playing their roles would be roughly analogous… Chris Pine is current 32-years-old. Additionally, Star Trek and Batman Begins both center around the characters iconic beginnings. They also both meet stoic counterpoints. Kirk gets Spock and Wayne gets police officer James Gordon.

Now, they have not exactly said who the villain is in Star Trek: Into Darkness, but he’s being played by Benedict Cumberbatch, and the major rumor is that he will be tackling the role of Khan. This would not only be consistent with the Dark theme, but also would be consistent with how Nolan’s trilogy developed. Namely, the first movie concerns the story of the heroes beginnings. The second story brings in the hero’s most iconic villain. Of course, this is the same formula that was used in the recent Robert Downey Jr. Sherlock Holmes films. If it is Khan, then the analogy could possibly run in appearance.

You have to admit that Cumberbatch and Heath Ledger share more than a passing resemblance. Into Darkness might be thinking of a similar box office arc as well. According to boxofficemojo.com, the average price of a ticket was $6.41. Batman Begins grossed domestically $205,343,774. This means that roughly 32,034,792 tickets were sold. Now in 2009, the average rate was $7.50. Star Trek‘s domestic gross would be $257,730,019. It does not sound like a close comparison. This would be until you factor that Star Trek seems to have sold  34,364,002 tickets. Essentially, there is a 2 million difference in ticket sales. Worldwide sales of tickets were $374 million for Batman Begins and $385 million for Star Trek. This makes the two movies directly comparable. We’re guessing Into Darkness is rolling the dice on being a billion dollar movie as well. Even if it is second fiddle, that will still be a pretty mean fiddle.