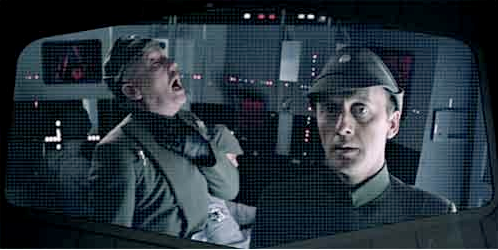 The guy in the background being introduced to the Imperial Early Retirement plan is Admiral Ozzell. For the record, never accept any promotion in either the Imperial Empire or the Federation Starfleet to the rank of Admiral. Just trust us on that one. The actor who has incurred the wrath of a boy once called ‘Ani’ is Michael Sheard, who is primarily known for two things. First, he was called a clumsy idiot and force choked by Darth Vader in The Empire Strikes Back. Sheard, during his lifetime, was well aware of this fact. The poor guy’s autobiography Yes, Admiral was reflective of it. 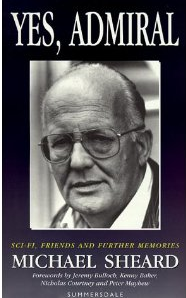 The second thing that he is known for is being Hollywood’s go-to Hitler for decades. If you needed an Adolf Hitler, Sheard’s agent was only a speed dial away. Sheard played Hitler five different times in TV and movies. That’s almost as many times as Donald Sutherland has played some version of shady military official. Sheard did extensive renditions of Hitler. However, the readership of this site is probably only going to remember the time he did it for a couple of minutes. 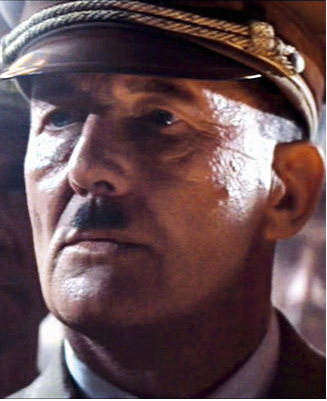 This is Michael Sheard in Indiana Jones and the Last Crusade, playing Hitler signing Indy’s Grail Diary with an autograph. For the record, Harrison Ford has no ability to stop running afoul of the Imperial Command. In addition to Admiral Ozzell winding up as Adolf Hitler in the Last Crusade, there was also the case of General Veers. 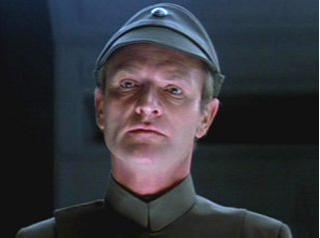 Veers was the General designated to take over after Ozzell’s failure. Veers was played by actor Julian Glover. This is important because Glover would go on to star in Indiana Jones and the Last Crusade. Glover played Walter Donovan, the bad guy who drank out of the wrong Grail. Like Ozzell before him, Donovan “chose poorly.” 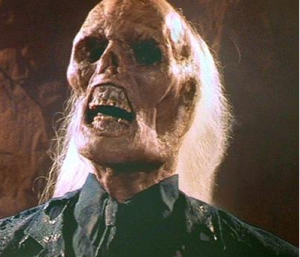 Michael Sheard died in 2005 leaving a legacy of villains who died pretty badly. However, Sheard always seemed to play villains who were snappy military dressers. Now when viewing The Empire Strikes Back you can pause the movie in mid choke and say, “Dude, that guy getting choked played Hitler in Indiana Jones and the Last Crusade.” This is the point when some random girl in the room will respond, “Wow, that’s neat that you know that. Let me take my shirt off right now!!” It could happen… maybe.