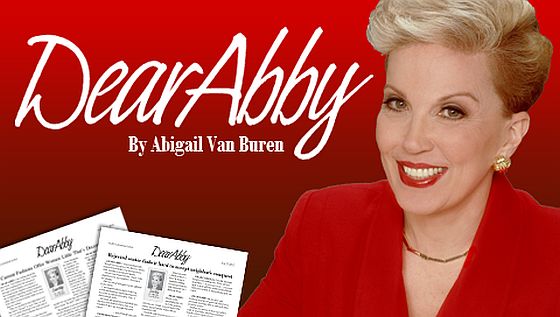 We at Gunaxin were saddened to hear about the death today of Pauline Phillips, who is better known by her pen name Abigail Van Buren. Under that name Phillips wrote the nationally syndicated advice column, “Dear Abby”, answering questions from mixed up lovers, estranged family members and outraged friends for over fifty years. Thanks to a bit of luck we were able to get our hands on her final column, and it contains a letter that sounded a bit familiar. We’ve reprinted it below.

I have a problem and I’m not sure how to handle it. About a year ago, facing pressure from family and friends to be in a relationship, I created a fake girlfriend. I am a well known football tuba player, and there was an expectation that I would be dating someone. With the help of a childhood friend I created a fake Twitter and Facebook page, so I could tell all my friends I was dating someone who lived out of town. When I went home I told my parents that I saw her at school, and when I was at school I told everyone that I visited her at home.

This year I was thrust into the national spotlight after being put forward as a potential winner of the Heisman Tuba Playing Trophy. People were asking to meet my girlfriend, so I told people she had been in a car accident. Tired of the lies, I decided that I wanted to break up with her, but my friend told me it would look bad to break up with her so soon after an accident, so we killed her off by giving her a fatal form of cancer. I created a story about her telling me to skip the funeral, and hoped everyone would forget.

Unfortunately, I started receiving even more attention as the football tuba season progressed, and had to keep telling the story. I eventually milked the sympathy so much that I was a finalist for the trophy and national media did weepy five minute stories about our love story. I wanted to tell my school, but all they cared about was the attention.  I finally confessed everything before the BCS Tuba Championship, but the school told me to be quiet so they could make money. I want to tell the truth, but Notre Dame the school has a lot of money at stake and will be upset with me, and it could cost me a professional career.

We also have Abby’s response, though we worry that she wasn’t as patient as she used to be.

I have been writing this column since 1956, and this is by far the most convoluted, idiotic and offensive letter that I’ve ever received. You suck.