Death at a Funeral Remake Trailer

Way back in ancient 2007, Frank Oz made a black comedy called Death at a Funeral featuring a mainly British cast. Despite strong reviews, it made little waves with American audiences. So Hollywood, tired of remaking Japanese horror flicks, decided to turn to a recent British comedy for the remake treatment. They’ve “urbanized” it with a cast starring Chris Rock, Martin Lawrence, Tracy Morgan and featuring Danny Glover, Zoe Saldana, James Marsden, Luke Wilson, and Peter Dinklage.

A word of warning, the trailer below gives a lot away. But fans of the original will note Dinklage is reprising the exact same role from the original. The hope here is that the cast, along with director Neil LaBute, can make a good movie. Hopefully not like LaBute’s last remake, Wicker Man. Set for release on April 16, 2010, he’s an early look: 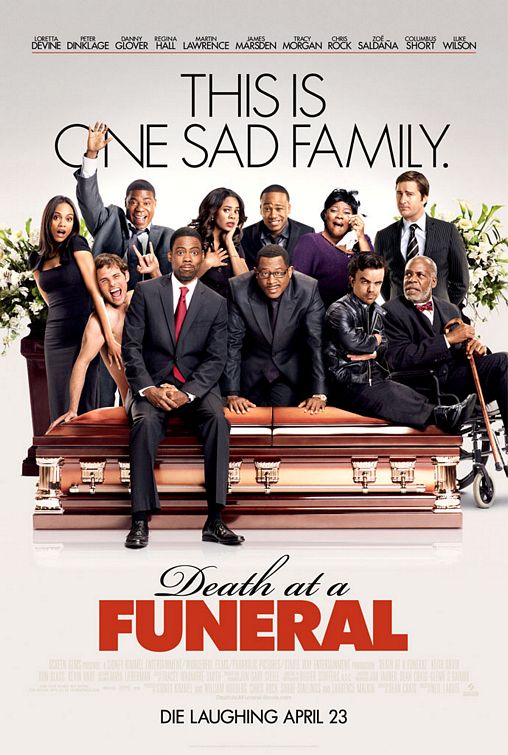