Media > Movies > Of Course Death Wish is Being Remade

Of Course Death Wish is Being Remade 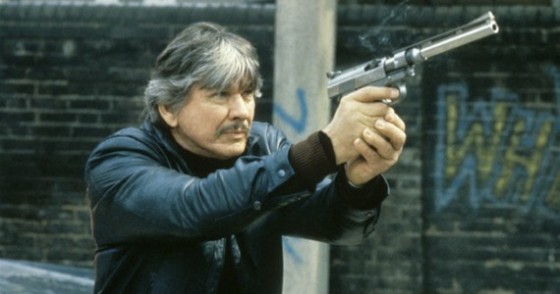 In case you missed it like I did, The Grey opened up surprisingly strong last week, earning an estimated $20 million at the box office, which is a massive number for a movie reported to have a budget of only $25 million. Director Joe Carnahan obviously squeezed out a hefty bang for the buck, so much so that he’s been tabbed to write and direct the long dormant remake to the 1974 vigilante classic Death Wish.

The Devil only knows how much an updated version of this will suck, but if Carnahan is attached it at least has a chance to be watchable. I mean, the dude made Narc, which still ranks as one of the darker and grittier cop flicks I’ve ever seen. That being said, the original was essentially a grindhouse type look at New York City street crime and a take the law into his own hands “hero” played by Charles Bronson. Do we really need another Spider-Man or Batman swooping in to cure society’s ills? Probably not.

Anyway, here’s a young Jeff Goldblum summing up how he feels about executives who greenlight pointless remakes.