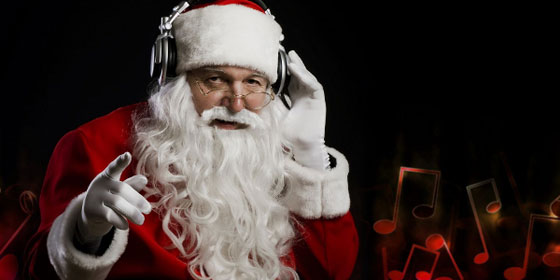 If your local radio station is anything like ours here in Kalamazoo, Michigan, then you’ve been privy to the melodic strains of the Holiday Classics since the day after fucking Halloween. If not, maybe they spared you the agony and began the barrage on or after Thanksgiving. Whatever the case, the dulcet tones of Christmas Music have officially inundated the airwaves and there isn’t a place you can go to escape. Well, aside from maybe your own less festive collections, but that’s really not the point, now is it.

The point really is that I have come to recognize and accept that certain pieces of our Yuletide tunes have been rubbing me the wrong way… for a long damn time. Songs that have been around for literally decades in some cases have abhorrently questionable lyrics. Now I don’t mean to the point that they’re vulgar… unless vulgar in the sense that they are just plain ridiculous is what you mean. In which case, yes. What I really mean are bits of these classics that just don’t sit right with me, and, now, since I’m going to assume since you’ve read this far you’re going to continue, they’re going to sit wrong with you, too. Come with me, won’t you? It’s a journey you’ve been begging to take. Trust me. 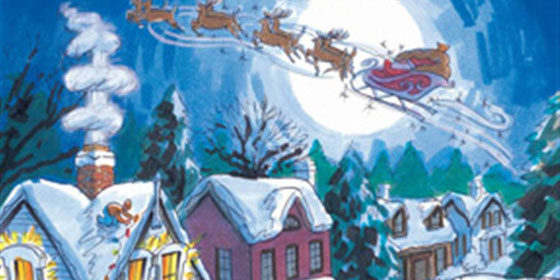 Bucking tradition slightly, we’re going to begin with the most egregious offender first. Why? Because this one literally makes me want to find the original writer of this ditty, potentially dig them up, and punch them in the face. For space purposes, I’m just going to copy the first two stanzas of this song because they ultimately contain the worst of the lyrics anyway. If you don’t already know the words, you’re about to wish you’d stayed that way forever.

Well, frankly, it all starts so innocently and normal. Santa’s on his way, his reindeer are tugging at the sleigh, blah blah bl- what the hell? Hang your stockings and SAY YOUR PRAYERS? Now wait a second, does God have anything to do with Santa? I’m pretty sure his elfish visage never made the cut into the Bible, as far as I know (and I know). Okay, fine, I suppose I can stomach that. Why not plead to Jesus for that PS4. Seems legit. Moving on. Oh boy, here we go again, “Jump in bed and cover your head, ’cause Santa Claus comes tonight!” Yikes! Is it the delightfully giving chubby old Saint Nick, or fuckin’ Freddy Krueger? Cover your head? Does Santa take trophies in the form of children’s scalps? That’s right kids, tremble in fear at the very mention of KRIS KRINGLE! You shall perish on this eve! 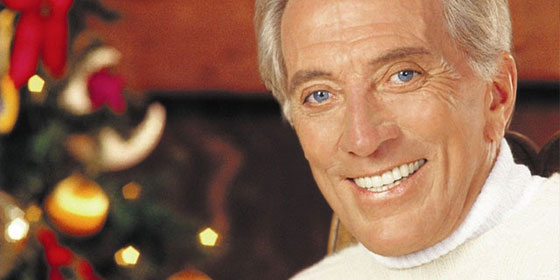 This whole song positively reeks of ’70s era ephemera and flavorless nostalgia. In fact, if you know the version of which I speak, then you likely know the Andy William’s version and his is rife with loungey swag and Night Club, smoke-filled imagery. All in all it’s a pretty ineffective song with trite enough lyrics to just barely register. Except for two particular strains:

He’ll have a big fat pack upon his back
And lots of goodies for you and me
So leave a peppermint stick for old St. Nick
Hanging on the Christmas tree

Does centuries of tradition dictate that we must leave Santa a Candy Cane? I could have sworn he dug milk and cookies so we, as parents, could consume said gift after our wee ones have drifted off to Sugar Plum land. I don’t think I need a candy cane worth of sugar before hitting the sack. Then in paragraph two, the writer simply gives up all together, just tossing in random words that have nothing to do with Christmas: Whoop-de-do? Hickory Dock? Meh, no one’s gonna notice… and then I’ll rhyme it with hanging your sock, cuz that’s what you do… see. Sock? This jazzy, lazy nonsense is rightfully not heard very often because it sucks. So does this song. 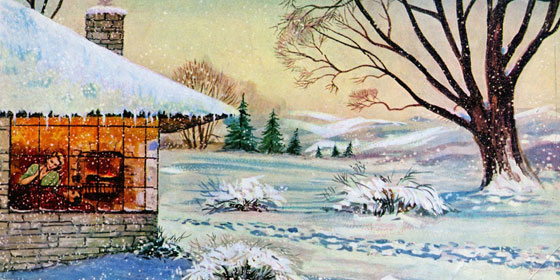 Oh, there is so very much of this song I can’t stand… where to even begin. Well, I guess I’ll start with some of the lyrics.

In the meadow we can build a snowman
Then pretend he is Parson Brown
He’ll say: Are you married?
We’ll say: No man
But you can do the job
When you’re in town

My first question is why? Why would you pretend that a snowman is a church official? Have you dipped too deeply in the eggnog this evening? And besides (as evidenced by the previous strain), why are you building a Parson-like snow-person in the middle of the night in the first place? Probably trying to escape the evils of the Santa guy who forces you to hide, quivering, under your covers. Oh, and let’s not forget that this snow-fella is going to have the two narrators married when he’s ‘in town’, because he might take a quick trip to the town square or some such shit.

Hm… let’s build a fire and strike up talk of conspiracies. Because it’s, like, the 1800’s and there is literally nothing better to do. Literally. Oh, and while we’re here, I guess we’d better accept the fact that this ridiculous snowman is going to lawfully wed us when he gets back from his little excursion to where ever it is snowmen go. Why did we build this frosty asshole in the first place? Maybe we ought to make another and make-believe we’re circus folk…

Please, kids, knock down all of these apparently anthropomorphic snowmen… all of them. They seek only vengeance. 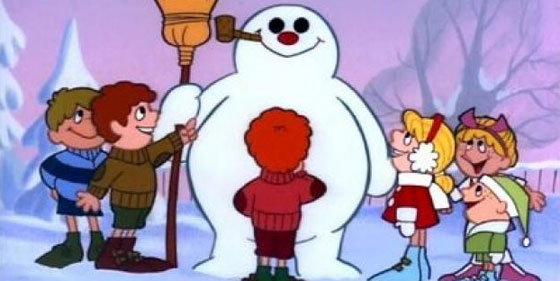 Speaking of insane and vicious snowmen, let’s take a look at the horror story that is Frosty. If you only know the song and the Rankin Bass animated treat, then you just do not know the real story of the magically imbued frost monster.

First of all, the lore itself is an amalgam of two of horror’s most well know tales, that of Frankenstein’s monster and the Jewish creature called Golem. You see, much in the vein that Dr. Frankenstein raised his Prometheus from the dead flesh and muscle of human beings, Frosty was made -all flailing limbs, flapping mouth hole, and stomping feet- from ordinary snow.

While Frankenstein employed the use of lightning, Frosty was brought to life via the magic of a hat. And then the Golem story comes in because as the kids play about, never once concerned that their creature might eventually wreak havoc on the unsuspecting town, they speak suggestions to him… and he follows. In the tale of the Golem, slips of paper are placed in its mouth and he performs the actions there on… but it’s close enough. He’s a monster -however seemingly innocent- through and through, and like his terrifying cousins, the children have precious little time to play before he is destroyed. Here are some lyrics:

There must have been some magic in that old silk hat they found,
For when they placed it on his head, he began to dance around!
Oh, Frosty, the Snowman, was alive as he could be;
and the children say he could laugh and play,
just the same as you and me.

That’s just horrifying. The children say. The CHILDREN say. Never, ever, trust children in song. They have motives beyond adult understanding.

Down to the village, with a broomstick in his hand,
Running here and there, all around the square,
sayin’, “Catch me if you can.”
He led them down the streets of town, right to the traffic cop;
and only paused a moment, when he heard him holler, “Stop!”

See? This thing is running on the pure, unstoppable energy that each of those kids provided him by filling his melting head with their insidious whims. No one can halt his rampage, no one can put an end to his torment! He is less a friendly, innocuous snowman, and so much more a stomping, brutal, beast! Oh where is the sun when you need it! Oh, it’s coming… 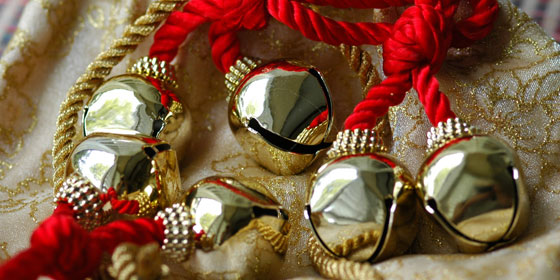 Quite possibly one of the Holiday Season’s most well know and beloved songs. Everyone knows Jingle Bells and can likely sing it at the drop of a hat. But how well do you know the second verse? What? A second verse? Oh yeah. And it’s a doozy. For a really great example (and by great I mean infuriating) check out Barbara Streisand’s version. She really puts her all into it (and by all I mean infuriating). Check out the lyrics:

Now we’re talking poetry! Am I right? Even has a lady named Fanny Bright. Which sounds a whole heck of a lot more similar to a comic strip that used to appear in some adult magazines when I was a kid than in a Christmas song… or so I was told. There’s a lean and lank horse (Lank. Wow, digging in the old Thesaurus I see), and a maniacal snow bank… and what’s this? UPSOT? Uh… that is definitely not a word. In fact, old Babs herself makes mention of it with a questioned inflection in her nasally tribute. UPSOT indeed.

So there you have it. Songs you’ve likely just brushed off or ignored. Because why would you care about tunes you’ll only have driven like a railroad spike into your skull for the better part of two months? Because you should care. And because apparently I have nothing better to do than to tell you about them. You can blame me. I can take it.