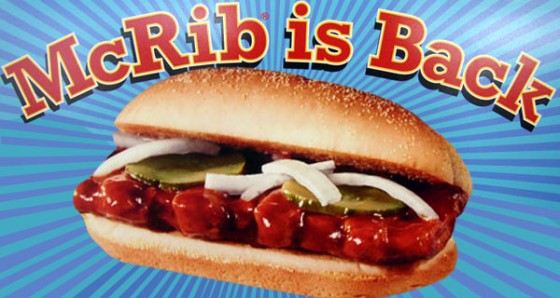 Back in 1981 I was but a lad, running about doing childish things. When one day, at the tender age of 7, I was made privy to my first ever offering of the delightful McRib sandwich and suddenly all of life’s pieces fell into place. Its whimsical rack-of-ribs shaped patty, its rich and tangy sauce, its melange of onions and pickles… it was all just so wonderful. I knew what it was to love something that day, and I’ve never fallen out of love since.

Okay, that whole diatribe likely never happened. At least not exactly like that. Yeah, I had a McRib when I was pretty young, and yeah, I really liked it, too. But there are folks out there for whom this little tall tale is more than just a story; it’s the story of their lives. McRib is religion. McRib is lust, envy, and pride. McRib is as much a part of them as they are of McRib. People follow its arrival, seek its appearances, and travel for its sweet, sweet nectar. You see, no matter what it is or how it’s constructed, McRib has become one of those few fast food items that will forever keep its place in the lexicon of modern cuisine.

The good, the bad, and the ugly.

But let’s take a step back. Let’s figure out just what this sandwich really consists of, aside from, probably, pork (and apparently shit that’s in yoga mats). For those of us who have eaten one, we all know how it feels upon the palate: chewy, meaty, unctuous, with just a hint of that unnatural spongy quality that gives it a texture not unlike a bathroom mat.

There’s no grit, no gristle (99 percent of the time anyway… you can’t perfect mechanical separation, apparently), and all porky goodness all the time. In fact, if you get right down to the brass tacks of it, it’s not wholly unlike a sausage patty minus the spices that make sausage, well, sausage. It has about the same consistency and it’s made surprisingly similar; that is to say on a large scale like other mass produced meats. And in all actuality, that’s precisely what it is. 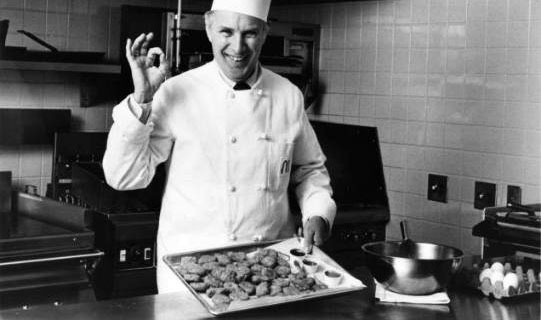 Rene Arend, the ‘Executive Chef’ for McDonald’s (yep, they evidently have one, go figure), and the father of the Chicken McNugget (another bastion of what parts can become), wondered what was going to happen now that every other franchise was jumping the nugget ship and creating a shortage of chickens. That’s right, kids, back in late ’79, early ’80, this was a concern. Had this dude never been to Mexico? Chickens are so plentiful there, they’re basically voting citizens.

Anyway, he concocted a method by which pigs (an animal so ridiculously plentiful and fucking fat that they were just wandering the landscape) could be used fully and completely. And by that I mean organs, snouts, their souls, tails, eyeballs, and probably the oinks. All of the bits and parts were gathered up and pressed into the rib-shaped thing we all know and love today. Genius, that Rene. 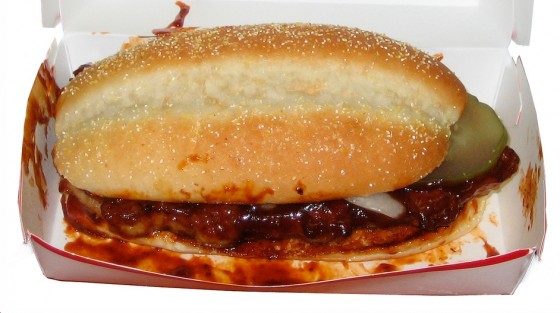 When the seriously poorly-named (yet pretty well marketed) McRib was released to an unwitting public in 1981, no one was really sure if this monster would take off, or just fall along the wayside with the other miserable McDonald’s failures (I’m looking at you Hulaburger, Beefsteak Sandwich, and McPizza).

It did surprisingly well in certain markets, but when it was released nationwide, McExecutives and their McCohorts, “determined that pork is not eaten frequently enough in the U.S. to stay on the menu.” Huh. Okay. Maybe back in 1981 people were still leery of the swine and its once reputation of being chock-full of microbial crap and other shitty stuff. But, since it became a limited item only after a short time, and then faded into obscurity and legend, people decided pork really needed to be back on the McMenu. 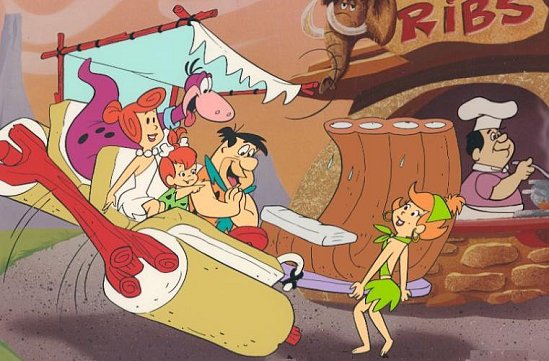 So, for the next several years there after, McDonald’s teased its hopeful rib-lovers by sporadically releasing it at certain times, once in conjunction with the Flintstones movie. Cuz that makes sense. Apparently it kinda, sorta, reminded someone of the giant rack of dinosaur ribs that topples Fred’s car from the opening of the show. No. That is not a good comparison. Regardless, people flocked and the once staple, now special reigned supreme once again. Oh, and if you need it every day, move to Germany. It’s on their menus all the time.

Where the McRib Stands Today

I’m not going to sit here and defend this sandwich without admitting that I am, indeed, a fan. Granted, while it is currently in stores, I’ve only had two because, let’s face it, it’s likely the worst thing on earth for someone to be eating too many of. At 26 grams of fat (the bad kind from pigs, not that good kind from… something not pigs), 70 milligrams of cholesterol (guess which kind?), and 980 milligrams of sodium, you’d be better off eating a donut filled with a bacon omelet. 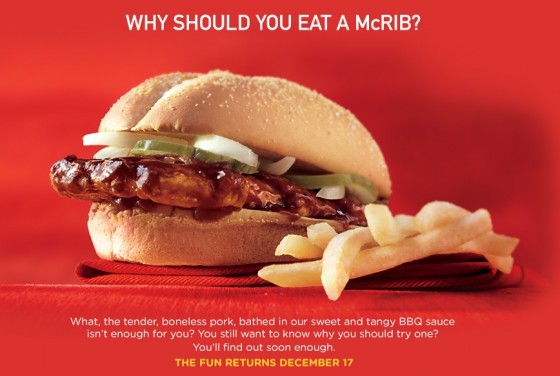 With the worry of nutritious foods and the fast food joints printing the information, reasons like these could be a big part of why the McRib has become a target for bad publicity and ire. Well, that and the fact that folks have discovered that the killing floors on which the hogs are slaughtered for their delicious meat are far from humane and the practices under which said slaughtering falls is just not pleasant. I can understand that, I guess. No one wants the animals from which they get their meats to be treated like… meat. That adds up… probably. Anyway, the once popular and sought-after sandwich has become more of a martyr that a mouthful. And so it goes.

Grow up. That’s what I’m saying here. Grow up and get over it. If you’re at McDonald’s for a meal in the first place and you’re expecting anything other than fast food grub slathered in salt and grease, then you have wandered into the wrong joint, chunky. Turn around and walk out, there’s likely a Subway right around the corner. However, if you’re like me and the occasional McRib brings you right back to the good old days when people didn’t get their collective nipples it a twist over every fucking piece of junk food… well, then enjoy. It’s probably not going to kill you. Unless you eat more than one. 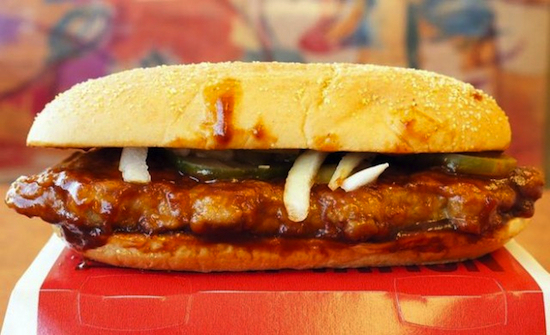