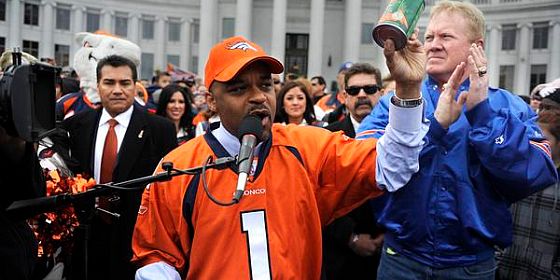 One of the dumbest traditions around is the Mayoral bet for sporting events, when the leaders of the two cities (or states) wager a regional delicacy or drink on the outcome of a sporting event. For the Divisional Round matchup between Baltimore and Denver the pols involved decided to up the stakes a bit. Baltimore Mayor Stephanie Rawlings-Blake and Denver Mayor Michael Hancock added a bit of public humiliation to the bet for the game. If the Ravens lost Rawlings-Blake was to light up a Baltimore monument in Broncos colors, while Hancock had to perform Ray Lewis’ signature dance if the Broncos were upset. 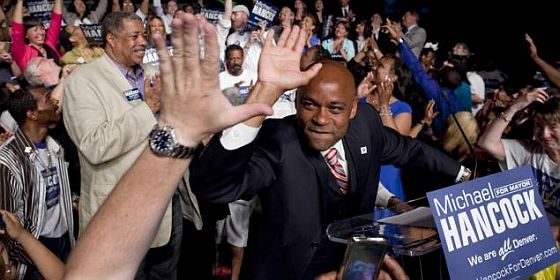 We know what happened next; Baltimore capped a late comeback with a long touchdown pass to Jacoby Jones, then won the game in double overtime on the foot of kicker Justin Tucker. The Peyton Manning-led Broncos suffered a humiliating home playoff loss, and Hancock had to perform the Ray Lewis dance, only, Hancock refused to follow through on his part of the deal. Appearing Monday at City Hall, Hancock claimed that he had suffered an injury at a weekend event and was unable to perform.

While the Mayor’s representative claims the injury was sustained when his boot got caught at a stock show, we believe Hancock is only covering up an unwillingness to pay out the bet. With Baltimore a substantial underdog going into the game Hancock probably didn’t count on having to pay out, and being forced to perform was simply too much for the Mayor, who is a former Broncos mascot. His inability to honor his promises is something that Denver voters should remember the next time Hancock makes a campaign promise.