Travel > See > Two Zoos More Depressing than the One in China

Two Zoos More Depressing than the One in China 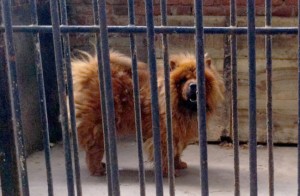 Recently you may have seen the news that a zoo in China had tried to fool consumers by replacing a lion with a giant fluffy dog and snakes with a bunch of rats. Regardless of how accurate that story is, you’re probably thinking, “boy does that sound like a shitty zoo”. Well here are two other Zoos that make that one look awesome in comparison.

2) No Zebras? Just paint those Donkeys. 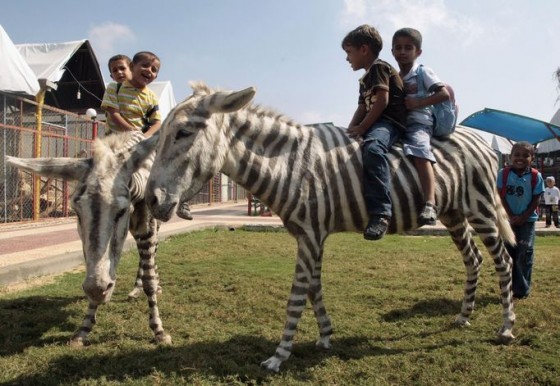 Next week these kids will be riding Unicorns!

Yes, you read that title correctly. A Zoo in Gaza, after suffering the horrible fate of an animal dying while in their care, were left with hundreds of paying customers expecting to see a zebra.

They could have explained to their customers that sometimes animals die and that the conflict currently happening in their region was making it difficult to smuggle animals…. because that’s exactly what happened. Instead they decided, screw it, we may not have zebras, but we have something zebra shaped. Donkeys! Because donkeys are always the answer. 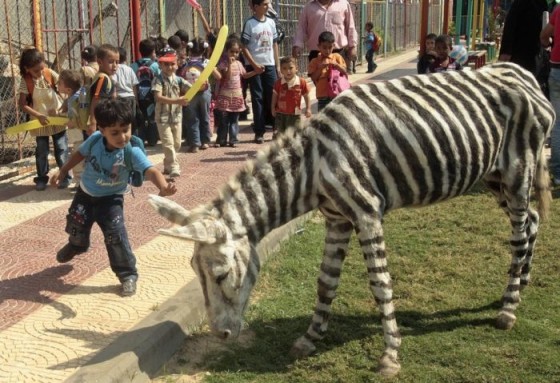 We’re above making an ass joke, just this once.

As explained in the linked video, conflict in the local region ended up killing several animals in the zoo and getting more was going to be super costly since smuggling an animal that is literally designed not to blend in is rather difficult.

The plan, rather amazingly, worked, since news of someone painting a donkey to look like a zebra quickly spread and people were willing to shell out just to shake hands with a guy who got to write “ass painter” on his tax return. Okay, so we’re not above ass jokes. 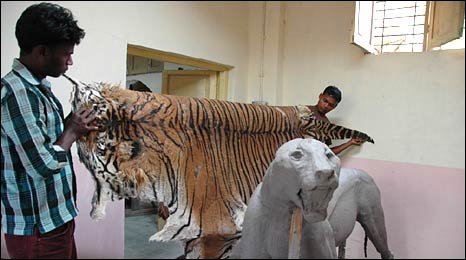 When an animal dies in a zoo, usually a small sign gets put in its enclosure alerting the public to the fact that Squiggles (you think of a better name!) the giraffe has died and that it’ll be replaced soon. However, what do you do when the law in your region prohibits animals being imported?

That was the predicament the Mumbai Zoo was left in. When laws were introduced saying they could no longer import animals, they had no choice but to watch their entire zoo’s population slowly die along with their profits. Which is when they had a brilliant idea. Why not just stuff all the animals that died? Because the thing more depressing than a tiger that’s been imprisoned in a small cage its entire life, is a tiger that has been stuffed so that it can forever be mocked by the general public, while being imprisoned in a small cage. 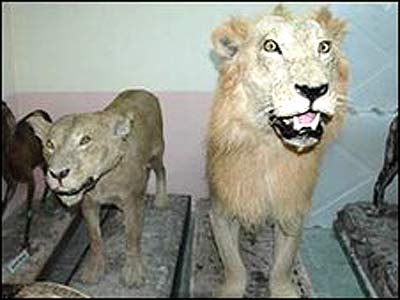 “I want to go to the zoo to see a lion stuck in a constant state of shock about how stupid it is going to look, forever.” – Nobody!

Very quickly the zoo became a house of death and as more and more animals died, more and more of them became stuffed so that the public could appreciate the beauty of nature, presumably while slapping their balls against it for a wicked-awesome Facebook cover photo. Because who doesn’t want to teabag a lion?