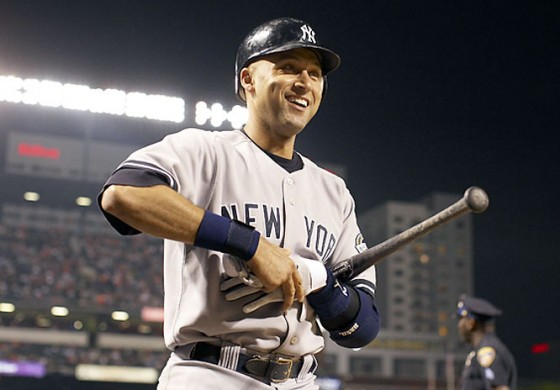 Amidst the Lebron James backlash and the Stanley Cup Finals, there was a story that was buried under the headlines about New York Yankees shortstop Derek Jeter being sent to the fifteen day disabled list because of a calf injury.

Jeter is currently sitting on 2,994 only six shy from entering the rarefied air that is baseball’s 3,000 hits club. Jeter who has spent his entire career with the Bronx Bombers is the most recognizable face of the Yankees from the late 90’s into the 2000’s. Who would have thought that the kid from Central High School in Kalamazoo, Michigan would become the face of the most recognizable franchise in the world?

Jeter’s career is something to be marveled at as well, he won the rookie of the year award in 1996, he was a major factor in four out of the five last World Series wins in the Big Apple and nearly scored every accolade outside of the MVP award to boot in his seventeen seasons of professional play.

However, many fans including myself probably have already forgotten about how good of a hitter Jeter is.  The stats might not be flashy or the home-run count might be a little lacking, but Derek Jeter knew how to play the game of baseball by just getting on base. In eleven out of seventeen seasons, he hit over the .300 mark and had on-base percentage over the .800 mark.

During playoff time, Jeter was an even better hitter as he is best known by his nickname, “Captain Clutch”. Some players when they reach the playoffs shrink from the pressure, but Jeter excelled in it. Jeter’s post-season batting average is a remarkable .309 with 57 RBI’s and on the biggest stage, the World Series; his batting average is .321 with an on-base percentage of .832.

Jeter is the model of consistency in Major League Baseball and the 3,000 hits club is baseball immortal stage that promotes baseball’s best all-around hitters. Names like Gwynn, Boggs, and Ted Williams are just some of the names that are listed in the club and soon we will add Derek’s name to it as well. Would anyone argue that Jeter was a better hitter than those three? No, but does he belong in that class, he certainly does.

Does 3,000 hits define Derek Jeter? It doesn’t but it does tell us that Jeter’s career of consistency and longevity puts him in elite status for the measuring stick that we constantly use on players these days.

For Jeter, the mark will come in the following days and we should give him his due on being one of the best hitters in baseball history.