Media > Music > Meet the Most Metal Piece of Music Ever Written

Meet the Most Metal Piece of Music Ever Written 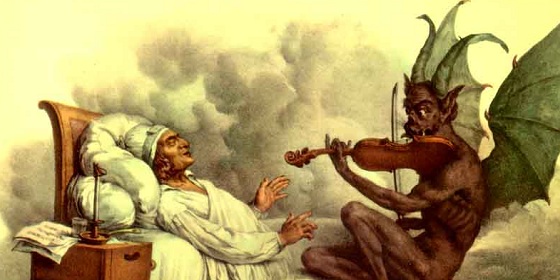 Metal music is pretty awesome. However, if someone asked you to name the most metal song ever, what would you say?  “Enter Sandman”? “Crazy Train”? “Rolling in the Deep”?

Well, none of those are correct, although the last one is pretty damn close. The most metal piece of music ever was actually written several hundred years ago, for the violin, by the Devil. 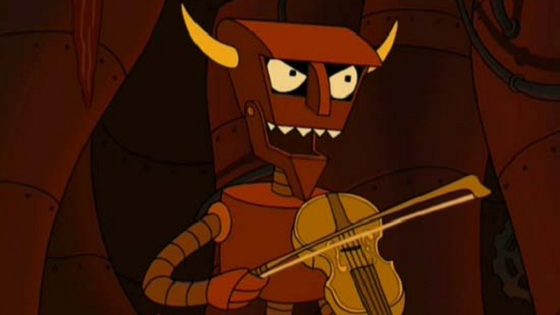 Not this Devil, but it would be cool if it was.

The “Devil’s Trill” is considered one of the single most difficult pieces of music ever written for the violin. In fact, just playing it is enough to make women within sight of your fingers spontaneously orgasm. No word on what it does to men.

The legend goes that Giuseppe Tartini was fast asleep when he was visited by the Devil. Instead of being terrified of the being of unspeakable evil currently sitting at the foot of his bed, Tartini asked the Devil to play him a tune, as you do. Even more hilariously, rather than punch Tartini straight in the soul, the Devil picked up a violin (which just so happened to be there) and played the best song Tartini had ever heard.

Upon waking, instead of shitting himself half to death (which is honestly what most of us would have done), Tartini decided to immediately transcribe what he’d heard. The end result was the “Devil’s Trill.”

Pictured: Gymnastics for your hands.

So whereas in the ’80s bands like Black Sabbath were being accused of being in league with the Devil or promoting Satanism, there was a guy who hundreds of years earlier openly admitted that he was playing a song that he credited to Mr. Satan himself. Take that Metallica! Take that so hard in your stupid face!