Devin McCourty Has a Mixed Day 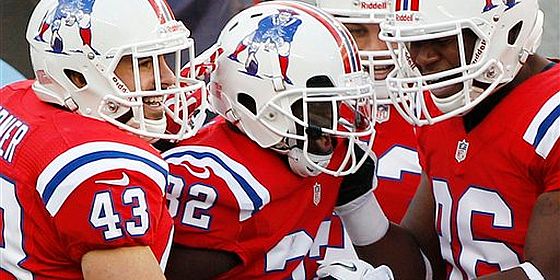 In a division showdown with the New York Jets the Patriots’ Devin McCourty started the day off pretty well, with a 104 yard kickoff return for a touchdown in the first quarter, the first of his career.

Sadly for McCourty and the Patriots, his great day didn’t continue into the fourth quarter. After tying the game at 23, the Jets kicked off to New England with two minutes left on the clock. All McCourty had to do was hold on to the ball to give Tom Brady and the Pats’ offense a chance to win it in regulation. Unfortunately for McCourty and New England fans he coughed up the ball on contact. The Jets went on to kick the go ahead field goal, and the Patriots were forced to score just to force overtime.