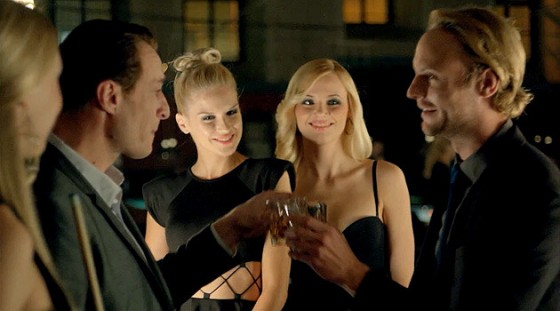 Dewar’s would like you to meet two characters who you’re definitely going to want to be a part of your nightlife posse: The One Man Gang and The Baron. Dewar’s has filmed a tribute to these classic personality types, each of which are embodied in the powerful yet refined taste of Dewar’s Scotch Whiskey. Both of these cinematic spots also feature the always sexy, Claire Forlani.

First, the One Man Gang. Ever know someone who had the bulk and the brawn to be the ultimate enforcer, but behaved like a gentle giant because he knew that senseless violence wasn’t the answer? The man’s class and finesse commanded respect, so no one tried anything funny? Then you’ve been in the presence of a One Man Gang.

Secondly, meet the Baron, a friend who’s always willing to take one for the team. He’s the world’s greatest wingman, who’s always looking out for your best interest, especially when you don’t even realize it. If you have a friend that’s willing to ruin his night just to bail you out of a sticky situation, you know The Baron.