Sports > Baseball > Dewayne Wise Made an Awesome Catch (No He Didn’t!)

Dewayne Wise Made an Awesome Catch (No He Didn’t!) 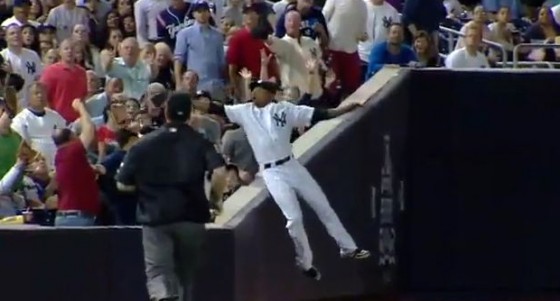 You can bitch and moan all you want about the delays caused by instant replays during college and pro football games, but they serve a valuable purpose: to get the call right. Especially when the ref/official obviously made a mistake.

In baseball, getting calls correct is secondary to not screwing with the tradition of America’s pastime. As evidenced by last night’s not so awesome “catch” by Yankees outfielder Dewayne Wise.

Great job by umpire Mike DiMuro. As the fan in the stands is holding the ball, DiMuro calls it an out. Classic. No wonder the Yankees are so hated.