Dexter Gets Religious For Season 6 Poster

I normally don’t give a hoot when studios/networks release posters for upcoming movies/series. After all, it’s a poster, so it rarely reveals anything significant. That’s what trailers are for. However, being a ginormous fan of Showtime’s Dexter — which begins season six October 2 at 9pm — I’ve set aside my indifference for promotional art and decided to share the first of what will be many posters leading up to the premiere. Ta- da! 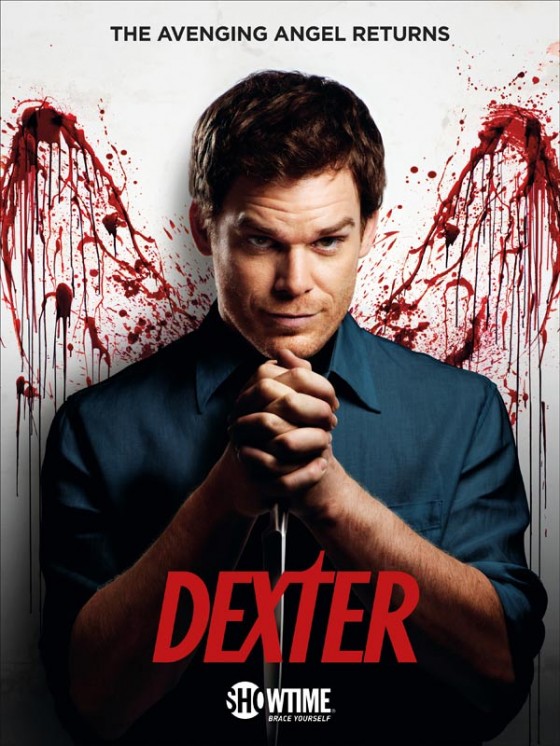 See what they did there with the blood spatter? It looks like angel wings. Clever. And Dex is wearing a priestly shirt and folding his hands in a prayer-like manner. Except that ain’t a rosary he’s clutching. No siree, Bob! It’s a knife. Ya know, ’cause he’s a serial killer who likes to use sharp, pointy things to slay his victims.

Apparently season six will delve into Dexter’s continuing struggles balancing his “Dark Passenger” while raising young Harrison. How religion comes into play, if at all, remains to be seen.