Humor > Lists > Dictionary Day : From A to Z

Dictionary Day : From A to Z 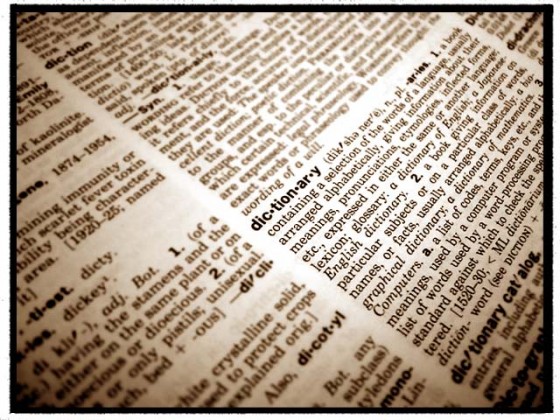 As much as I want to be surprised that there is a day called Dictionary Day, I am absolutely not. It seems that every day has a Day on it now to the point that there are no more days that are just days. I’m in a daze. Yep. Dropping the puns on ya. Woo hoo! Anyway, Dictionary Day… right. I guess I could go any number of wacky ways with this article to hype up this really pointless observance, but instead I’ll try something never before attempted (that I know of): I will lay on ya 26 words corresponding to each letter (obviously) that don’t get used very often. From the dictionary, because hey, why not learn something, right? On we go.

A shield given by Mars to Numa Pompilius as the palladium of Rome.

A specialized leaf or leaflike part, usually situated at the base of a flower or inflorescence.

A tart made of fruit, especially cherries, baked in a thick sweet batter.

One of a German breed of wirehaired pointing dogs.

A decree issued by a sovereign or other authority.

The antler of a red deer, formerly used as a source of ammonia.

A dark blue tourmaline, used as a gem.

A splash, spurt, or drop of water.

The carcass of a whale after the blubber has been removed.

To pass time idly and indolently.

A secular part song without instrumental accompaniment, usually for four to six voices, making abundant use of contrapuntal imitation, especially popular in the 16th and 17th centuries.

Something insignificant or inconsequential; a trifle.

One of two subordinates of the consuls serving as public prosecutors in certain criminal cases.

An abnormal crackling or rattling sound heard upon auscultation of the chest, caused by disease or congestion of the lungs.

Of or relating to the uncus.

Having a nauseous odor; fetid; poisonous.

Feeding on wood, as certain insects or insect larvae.

A fool or simpleton.

One of a pair of small metallic cymbals worn on the thumb and middle finger; used in belly dancing in rhythm with the dance.