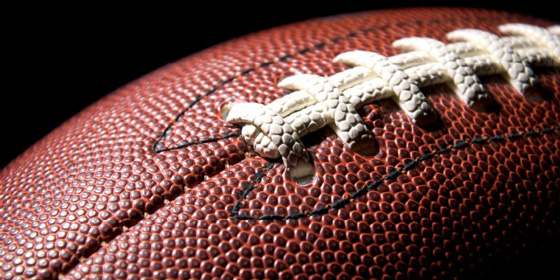 The NFL Season is underway, which means if you’re anything like us, you will likely spend several hours each week watching grown men play with a ball we call a Football. It’s a ball that most people generally know very little about. In recent seasons we’ve learned much about the air that goes inside the ball, and while you may be up on the rules, strategy, teams, and players, how deep is your knowledge about the ball itself?

Football has come an incredibly long way as a sport over the years, but alas, what changes has the sport’s ball undergone? Get ready to find out!

The Oldest Ball in Existence

The football’s history goes back quite a few years. In fact, one of the world’s oldest balls in existence is a football thought to have been fashioned around 1540. It was formed from an inflated pig’s bladder placed inside a protective cover of deer leather (which kept the delicate inner bladder from easily rupturing). Therefore the term “pigskin” is not without its own merit when it comes to footballs.

This ancient football was found in Scotland; in the roof of Stirling Castle to be exact, and it has a full diameter of about 16 cm (or 6.3 inches). This strange ball also weighs 125g (or 4.4 oz) and can be found to this day at the Smith Art Gallery and Museum. 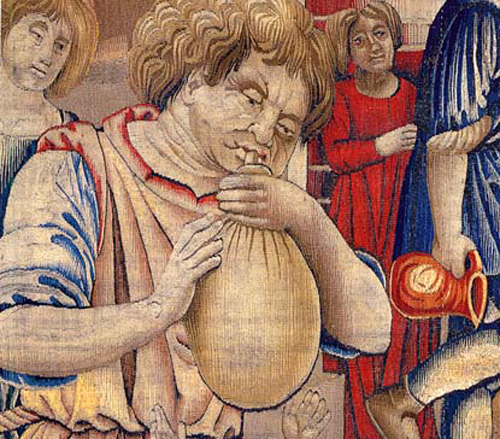 When footballs first hit the scene, as mentioned before, they were fashioned out of inflated pig bladders. Obviously, pig bladders don’t exactly come out pre-inflated and air pumps were nothing but futuristic hokum to people in the 1500s. Therefore, it stands to reason that some unlucky, football-loving fools had to wrap their lips around a clay pipe stuck into the opening of a smelly, green pig bladder to blow the thing up by mouth (all the time straining to keep any of the air they blew in from blowing back out with a newly acquired taste/smell). 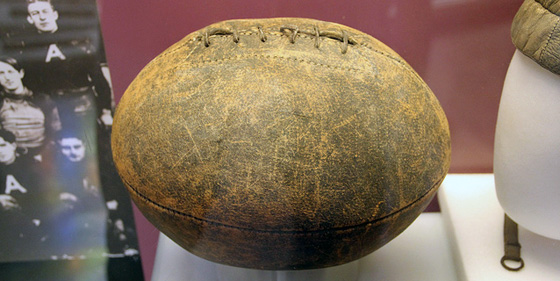 Football sizes and shapes were not marked down and regulated until 1892, at which point it was finally established that all balls were to be between 11 to 11 1/4 inches long, with a circumference of 30 inches, and a total weight of about 12 ounces. The football above is the oldest one exhibited at the Pro Football Hall of Fame, and is dated from 1890. 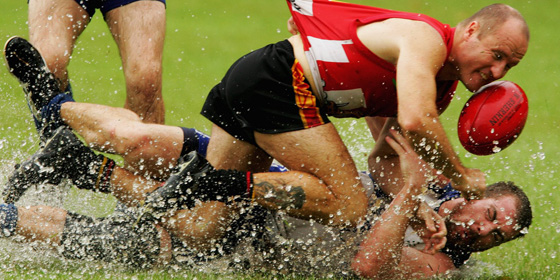 All different known forms of football practiced today have their own shapes and specifications for balls that must be followed. As for American and Canadian football, the standard is a ball formed in the shape of a prolate spheroid with fairly pointed ends (as opposed to the much more rounded ends of the football used in Rugby and Australian football).

Gaelic footballs actually just look like large volleyballs and are made of 18 stitched leather panels. 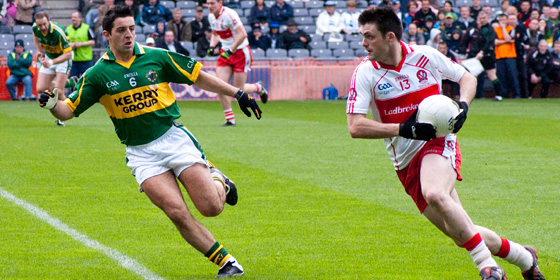 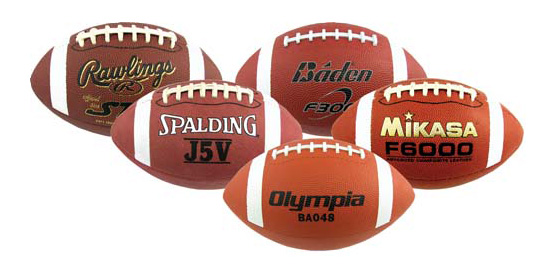 There are a variety of companies manufacturing footballs in the world, but one company has the exclusive contract with the National Football League. Wilson Sporting Goods has been the official football supplier to the National Football League since 1941, which is a pretty big deal for them considering the fact that the NFL uses roughly 6000 balls per season. See our full feature on Wilson and how they make the official balls of the NFL for much more on the topic. 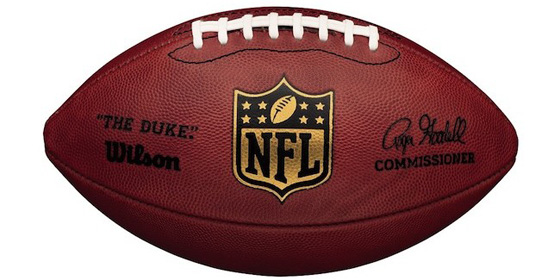