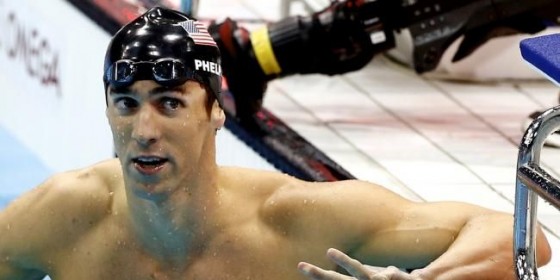 We’ve all seen the video of young Tiger Woods appearing on the “Merv Griffin Show”, a rare glimpse at the early life of one of sports’ biggest stars. Now, thanks to the folks over at SwimSwam, we get a peak of a young Michael Phelps flashing his future brilliance as well. The video, from a Maryland All-Star meet, shows the future Olympic record breaker in the prelims for the 50m Butterfly. While he wins the event it’s hard to believe that the spindly-armed kid is only three years away from his first Olympics and four years from breaking his first world record.